So Long, Democracy: House Republicans Want to Ban Livestreams and Photos From the Floor of Congress

Oh look, it's a whole new terrifying threat to Democracy. 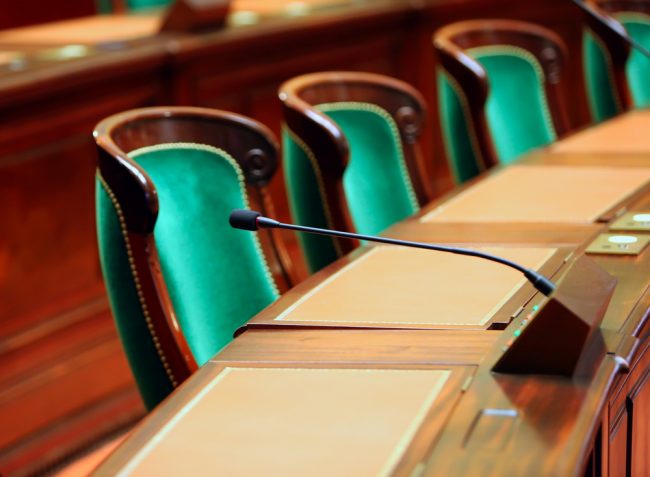 I’m sorry to be the one to do this, but we need to talk about a terrifying new threat to the very basic tenets of our democratic processes. No, (whichever terrifying threat you’re thinking of,) another one.

Back in June, in the wake of the horrific Orlando shooting, you hopefully heard about the sit-in staged on the House floor by dozens of Democrats demanding a vote on gun control before Congress left for its long Fourth of July vacation. The protest, led by civil rights legend John Lewis, was broadcast on C-SPAN until Paul Ryan ended the session early, thereby cutting off the feed. But Democrats continued to use social media—Facebook, Periscope, Twitter—to show the American people what was happening in their government.

Joining w/ @repjohnlewis &dozens of my colleagues for House sit-in for a vote to prevent gun violence #NoBillNoBreakpic.twitter.com/Lg4cM9Gzj0

The Democrats remained on the House floor for about 15 hours and thanks to video broadcast by the lawmakers themselves, America got to see it—which must have been terribly embarrassing for the Republicans who left to cries of “Shame, shame, shame!”

Clearly, they don’t want that to happen again, so they’ve proposed new House rules that would ban members of Congress from posting photos or live video from the House floor. The first offense would cost the member $500, deducted from their salary. Each infraction after that would cost $2500. The bill will be voted on in early January, when everyone’s back from their current break. Here’s what Speaker Paul Ryan, who backed the proposal, had to say:

These changes will help ensure that order and decorum are preserved in the House of Representatives so lawmakers can do the people’s work.

I’m sorry, WHAT? If it weren’t so terrifying, it might be hilarious that anyone could say that “the people’s work” would benefit from denying those people access to their government. How are transparency and visibility considered hindrances to serving the people you were elected to serve? Republicans have long been accused of siding with gun lobbyists over the victims of gun violence, but no matter what the issue at hand, that refusal to vote back in June was a refusal to do their job. These new rules have no purpose but to keep the American people’s eyes and ears out of the room where it all happens.

In what earthly way is that “the people’s work”?

(via NBC, image via Shutterstock)