So How Are All Those Cold-Stunned Turtles From Texas Doing? 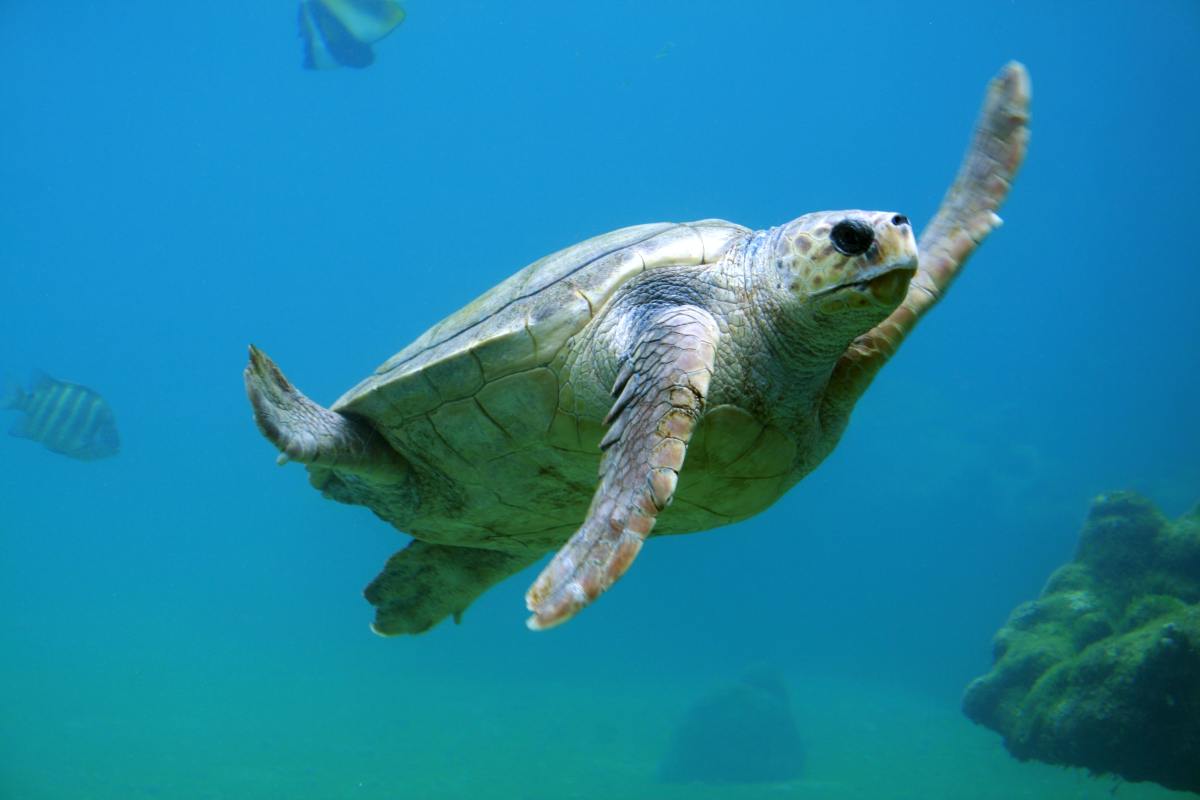 Last month, in the wake of devastating winter storms in Texas,we shared how tireless volunteers along the coast were working to save thousands of sea turtles who were cold-stunned, a condition that makes the cold-blooded animals shut down and go into stasis when the temperature drops too low, and which can be fatal. It’s been almost a month since, and we wanted to check in on how the turtles are doing.

In the wake of the historic storms and cold stun event, thousands of sea turtles in shock were brought to Sea Turtle Inc. as well as other facilities on South Padre Island, including the convention center. The turtles, mostly adolescent, had come near the shores of the island to graze on seaweed and the sudden dip in temperature had left them in shock. In 2010, Florida set a record for rescued cold-stunned turtles with 4,613 animals recorded. Texas smashed that record last month with 12,155 affected animals recorded. Over 5,000 of those were saved by Sea Turtle Inc thanks to hard-working volunteers who brought the turtles in from the cold.

The turtles were brought in from the cold and, despite many of the facilities where there were houses not having power, they started to wake up, which is good. What’s less good is that apparently the first thing a cold-stunned turtle does when it wakes up is to … poop. “As the turtles start to warm up, they decide they want to get out of those nice rows. And so they start moving around. Another great thing turtles do when they start waking up is they poop a lot,” says Amy Bonka, chief conservation officer at Sea Turtle Inc told NPR. “And so you can imagine it makes a very big mess.” I can’t even imagine (well, I can, but I don’t want to).

Most of the thousands of turtles saved by Sea Turtle Inc. and other volunteers and conservationists have been released safely back into the wild, while some have stayed on for treatment of illness or injury. And how do they do release the turtles back into the wild? Turtle slide!

The news for the turtles is not all good, sadly. Of the over 12,000 turtles affected, around 5,300 were saved, meaning many thousands didn’t make it. However, the folks who worked hard to save these animals want to focus on their success, not the losses.Barbara Schroeder, national sea turtle coordinator with the National Oceanic and Atmospheric Administration told NPR: “It definitely is a blow. But I think we should look at it not in how many turtles died, but how many turtles were rescued. Communities came together. Thousands and thousands were rescued and survived.”

The future for sea turtles is hopeful, however, because conservation efforts have been successful and people are working very hard to protect these animals, as we saw in Texas. But these on-the-ground volunteers can only do so much when climate change continues to cause catastrophic weather events like this. Real change needs to come from the top if we’re going to protect the turtles, and all life on this planet, for the long term.