Daredevil Will Feel More Like The Wire Than a Superhero Show, Says Showrunner 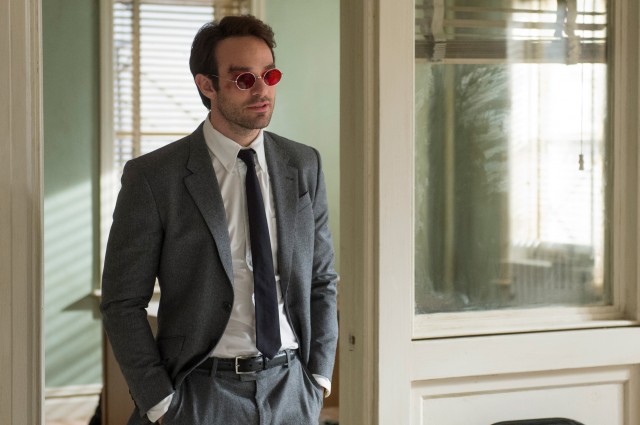 But if this show’s going to downplay the fantasy elements of the Marvel universe, then how exactly are we going to get Idris Elba’s Thor character a cameo? Somebody didn’t think this comparison to The Wire through that well, you guys!

Yup, the team behind Netflix’s upcoming Daredevil series is really doubling down on the gritty localized crime drama angle they’ve been using to promote the show—so much so, in fact, that they’ve invoked the holiest of all bullet-holey shows to make their point: HBO’s The Wire. Yikes, but that’s a high bar to climb there. I mean, just think of all the TV-obsessed bros who will talk about that program for hours on end if you let them.

Showrunner Steven DeKnight didn’t stop there, however. In the full interview that he, Marvel Head Jeph Loeb, and star Charlie Cox gave Entertainment Weekly recently, he also brought up pretty much literally every ’70s New York crime story this side of The Warriors. Hey, you think if they name enough Al Pacino movies, he might come on as a guest star next season?

“We really wanted to take our cue from [films like] The French Connection, Dog Day Afternoon, Taxi Driver, and make it very, very grounded, very gritty, very real,” DeKnight said. “We always say we would rather lean toward The Wire than what’s considered a classic superhero television show.”

Instead of “magic hammers,” expect to probably see: subway cars covered in graffiti, wrinkled old extras smoking cigarettes that they brought themselves to the shoot, and more then a few establishing scenes of cops messing with pedestrians. So! Gritty!

But! Don’t worry, gritty-reboot-weary nerds; DeKnight wants you to know that he’s not going overboard.

“When I came onto this there was no way I wanted to make this hard-R or NC-17[…] I don’t think the material warrants that. It is a little grittier and edgier than Marvel has gone before, but we’re not looking to push it to extreme graphic violence, gratuitous nudity or anything like that. The story does not require that and I think would suffer if you pushed it that far.”

You know what else you won’t see? Bullseye, the character played by Colin Farrell in the original—err, film-adaption-who-must-not-be-named—and one of Daredevil’s most iconic foes. “I wouldn’t say there’s no plans to include the character in the series,” DeKnight said. “It’s not not to say he wouldn’t be in the series at some point. But I think if you try to jam in too many characters, it just becomes a mess.” Cough GOTHAM cough cough wheeze. “[Bullseye’s] story was told in the last iteration of Daredevil that anybody saw. My feeling was, ‘Why repeat it?’”

“And honestly, if you’re looking for a juicy, multi-faceted crime drama, Wilson Fisk [Kingpin] was the obvious choice to play the antagonist,” he added. “Bullseye is a little more cut and dry. Not to say you couldn’t make him fantastic over 13 hours, but Fisk really felt like the right yin to the yang for Matt, and for what we wanted to do this season.”

But how much time will you spend exploring the blue-collar world of the city’s stevedores? Inquiring minds want to know.