Snowpiercer Pilot Ordered By TNT—Is This the Show That Will Most Closely Resemble Our Current State of Affairs? 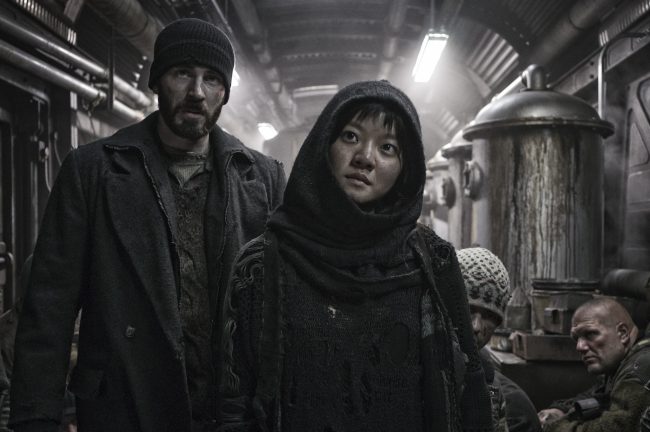 2013’s Snowpiercer, a film by Bong Joon-ho, was based on a French graphic novel called Le Transperceneige by Jacques Lob, Benjamin Legrand and Jean-Marc Rochette. Now, the film is is being ordered as a television pilot. Sadly, this seems like a most appropriate TV show for our times.

TNT has ordered a pilot for a Snowpiercer TV show from Tomorrow Studios and Turner’s Studio T. When Tomorrow Studios bought the rights to Snowpiercer last year, they got Josh Friedman, who created Terminator: The Sarah Connor Chronicles, to write the pilot. Joining Friedman, who will also be showrunning and executive producing in addition to writing the pilot, will be Tomorrow Studios’ Marty Adelstein (Prison Break, Teen Wolf) and Becky Clements (Aquarius, Last Man Standing); the original film’s writer/director Bong Joon-ho, Park Chan-wook, Lee Tae-hun and Dooho Choi; and CJ Entertainment, which distributed the South Korean version of the film. It’s nice to see that the show will be maintaining much of its Korean voice, thanks to the film’s original writer/director being involved.

As reported by Deadline Hollywood, Sarah Aubrey, EVP Original Programming at TNT said, “Snowpiercer has one of the most original concepts to hit the screen in the last decade, and it’s one that offers numerous opportunities for deeper exploration in a series format. We look forward to expanding TNT’s relationship with Tomorrow Studios and their take on a world where humanity is pushed to the extreme.”

For those who’ve forgotten (or haven’t yet seen it), Snowpiercer tells the story of the last members of humanity who live on a huge train that perpetually circles the world. Meanwhile, the world is a frozen wasteland on which no life can be found or sustained. On the train itself, the population is basically divided up by class, with the more “affluent” at the front of the train, and the “plebes” in the back. Chris Evans plays a man at the rear of the train who’s ready for a revolution—but at what cost?

What’s sad is that it feels like the decision to make this pilot was made in light of our current sociopolitical climate. I’m not even just talking about the current U.S. election. I’m talking about everything that’s led up to this: the increased coverage and awareness of police brutality and the militarization of police precincts, government policies that treat the natural environment like a garbage dump, corporations like people and people like robot consumers/laborers, and a global wave of anti-capitalism and anti-government sentiment symbolized by things like the Occupy Movement and the Arab Spring.

What’s funny is that, in this world of turmoil, whenever friends have asked me what, if anything, I think can be done, I would say that “I don’t believe that we need the Snowpiercer ending.” 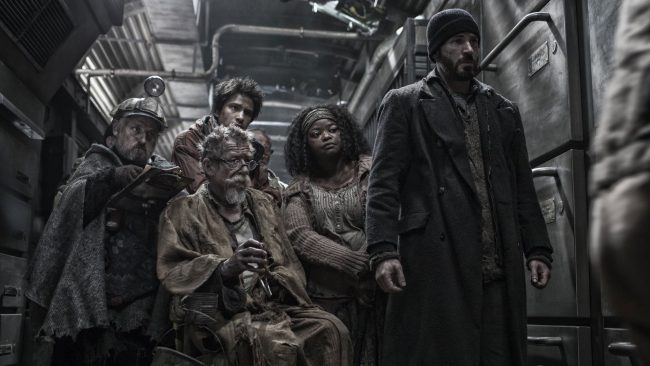 If you’ve seen the movie, you know that the film ends with Chris Evans’ Curtis getting to the front of the train only to learn that the “revolution” is all a part of the grander plan to maintain the status quo. The only purpose revolutions like his serve is to essentially thin the herd so that those who remain can go back to sustaining themselves. So, he decides that the only way to beat the system is to end the system, which means derailing the train and killing everyone aboard except for two young survivors whom the movie wants us to believe will repopulate the human race and hopefully start a new system that doesn’t create the kind of division and violence they’d grown up with.

I think this is meant to be a hopeful ending. We’re meant to see this as the potential for something new. To me, however, it was the most depressing ending ever. Much though I want and fight for change, I don’t believe that we have to “burn it all to the ground” and start over. I believe it is possible for more people than not to choose the suffering of others in order to ensure their own survival. I believe it is possible for people to unlearn a zero-sum game view of the world.

Here’s the thing: Those two kids at the end of Snowpiercer? They were brought up under the same system as everyone else on the train. Without conscious choices, it would be just as easy for them to fall back on the old habits of the old system, because that’s all they know. However, growing up having watched and helped a revolutionary changes their perspective and will likely make them want to consciously choose something better. Once Curtis took over the train, he had choices, too. He could have tried to run things differently. He could have stopped the train without an explosion. As the new “Wilford,” he could’ve have done whatever he liked.

Instead, they derailed the train and ended everyone and everything, leaving the most vulnerable among them to figure it out for themselves.

In our current world, we’re all-too-familiar with class, race, and gender inequality, and older white men have controlled our “engines” more often than they haven’t. But we don’t have to destroy the train. I hope that the show, in its longer format, will explore our other options, the possibilities of change from within, and what individual human beings are capable of. This seemed to be the message of the recent film Arrival, which Jessica reviewed, and which I thought was a beautiful depiction of the world being brought together in a non-violent fashion.

That’s the version of Snowpiercer we need on TV right now. We can save this speeding train if enough of us consciously choose to do so.