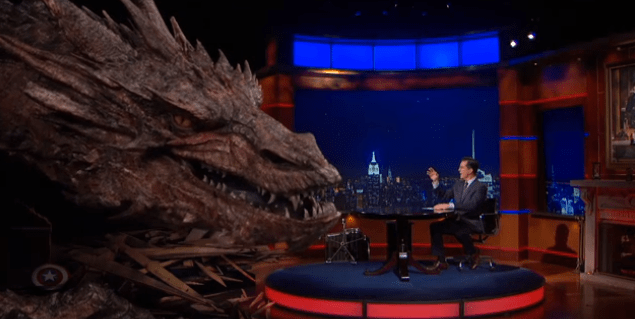 Among other things, Smaug also believes that his negative portrayal in the media is due to a liberal Hollywood bias, calls out the dragon triplets from Game of Thrones, invokes the Stand Your Ground law while defending his attempted murder of Bilbo Baggins, corrects Colbert’s pronunciation of his name, and calls Benedict Cumberbatch a hack. What a most specially greedy, strong and wicked worm.

Geez, Colbert is on a roll this week.