First Spoilers for Magic 2014: Slivers are Back! 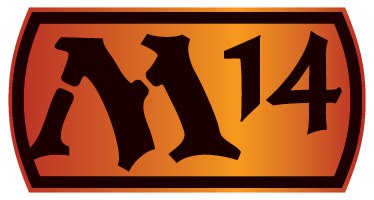 Earlier this morning Wizards of the Coast started dropping hints about clicking, cracks and snaps, a Moggling game, and a mysterious pulse. Punching these each into Gatherer reveals, you guessed it, some classic slivers. It wasn’t soon after the slivers were out of the bag that the first official Magic 2014 spoilers were released: We’ve got six new slivers coming, but with two huge changes.

The first major change with these new slivers is their abilities only affect slivers YOU control. That’s big in the sliver mirror match. Giving all slivers first strike is much more relevant. Players may complain because “it’s not how it used to be” or other such nonsense, but the reality is it potentially takes slivers from kitchen tables to tournament levels of playability. When asked about this change, senior designer at Wizards, Mark Rosewater, explained on his tumblr,

For the same reason that all our lords now only affect creatures you control. It has less downside, creates less board confusion, and, in general, makes the cards more enjoyable for a larger portion of the audience.

The other change is in the art direction for slivers. No longer are slivers weird hook-headed, hook-limbed insect creatures. Slivers now appear more humanoid in form, taking on four limbs and heads with eyes. It’s all pretty terrible. Doug Beyer, designer and writer at Wizards, explains:

First, the thinking in Creative was that the earlier sliver anatomical design was not really adaptable enough to meet the art needs of another batch of slivers.
…
Second, these new slivers were going to appear in the core set. The core set is of course meant for everyone, but it’s the set that we especially like to put in front of newer players. It was felt that slivers’ appeal would be greater for a wider audience if they could be given more of a personality than the eyeless, beaked creatures could support.

You can read his full explanation here, not that it will make you any more pleased if you’re already unhappy at this development.

To me, slivers are one of the most iconic designs in all of Magic: The Gathering. To essentially muddle them down into just another humanoid monster thing is really disappointing. The “well for new players” excuse is really getting old every time something like this changes. Drawing in new folks is all well and good, but why poke and prod those that have stuck around until now?

Nerd rage out of the way, gaze upon these new slivers, and remember there are more to come! 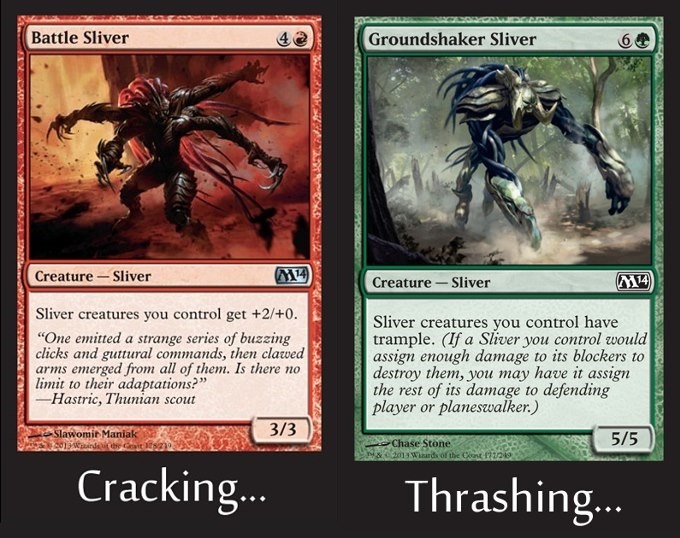 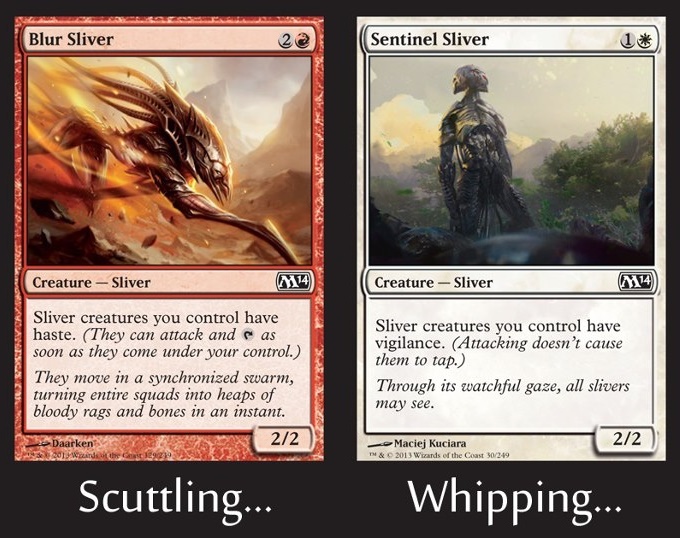 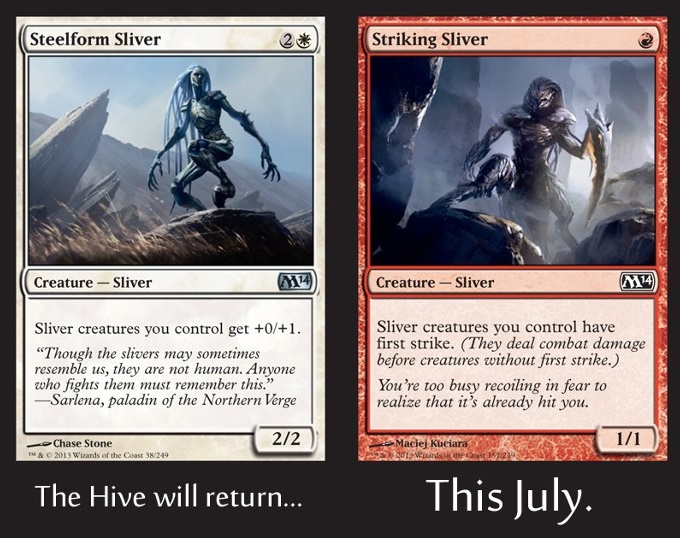