A Beginner’s Guide to the Dragon’s Maze Prerelease 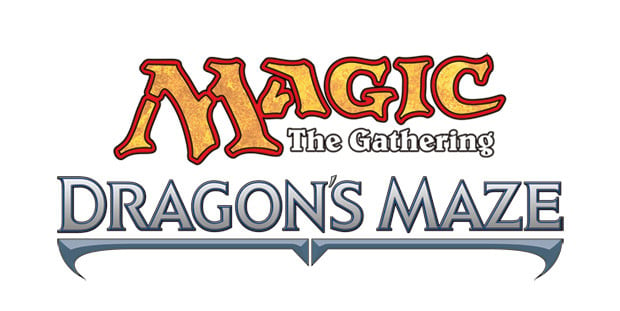 So here we are, roughly three months after the release of Gatecrash, ready to descend upon our local game stores for the Magic: The Gathering Dragon’s Maze Prerelease event this weekend. Events will be going on both Saturday and Sunday.If you’re looking to get in on this action, you can check your local listings.

“Whoa, hold on buddy,” you might be saying, “I’m just a casual Magic player, man. What’s a ‘prerelease’ anyway?”

Glad you asked! Typically, a Magic prerelease is a sealed tournament event marking the release of a new set of cards. Players build what is called a sealed deck — a 40-card deck comprised of cards from six booster packs for that set. The players then play Swiss tournament style, on their way to packs and prizes. Prereleases are a great way to get early access to cards (The street date for Dragon’s Maze is May 3rd), get exclusive promos, and a perfect introduction to tournament play. The overall vibe at a prerelease is generally much more relaxed than say a PTQ or Grand-Prix event, or even Friday Night Magic, making it highly accessible for newer players.

Dragon’s Maze is going to be a bit different though. With the heavy multicolor focus and extra heavy lore in the Return to Ravnica, players will be selecting a guild to align themselves with, along with a secret ally guild. So instead of six normal Dragon’s Maze boosters, you will receive four along with a Return to Ravnica guild pack and Gatecrash guild pack. The guild packs contain cards that are in your chosen guild or secret ally guild’s colors. This alleviates the potential situation of choosing Izzet and ending up with a bunch of jank Selesnya cards you can’t use. You’ll also get a pin to wear as you represent your guild. Your performance is collected with other players that choose the same guild, furthering your progress along the Implicit Maze.

“The Implicit what? The who Maze?” 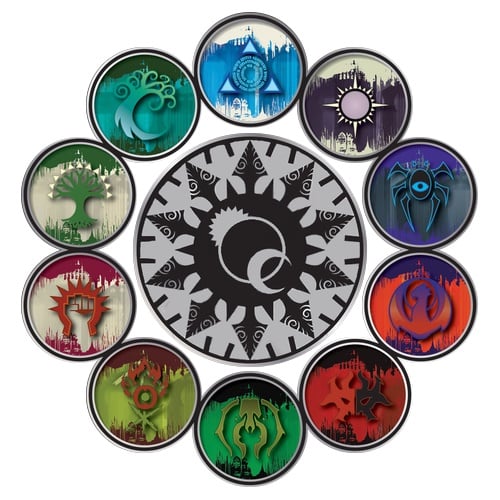 The Implicit Maze is, in the lore, a stream of energy running throughout the city of Ravnica, through all the different guild districts. I’ll let Reddit user Phnglui explain:

The story begins with the Izzet League. They’ve caught wind of some strange magical force that winds all the way through the Tenth District of Ravnica.
[A] very strong mana current that passes through territory of all ten guilds. So, being the mad scientists that they are, they’ve begun researching it,
with planeswalker Ral Zarek heading the expedition. They’re going all over the Tenth, blowing shit up, digging up rubble, writing down incoherent nonsense.
This isn’t making the other guilds too happy. First of all, they’re blowing shit up outside of Nivix. Second of all, rumors are starting to spread about
what they’re researching. Is Niv-Mizzet researching some kind of super weapon that he’ll use to take over Ravnica? There’s no more Guildpact to stop
him from doing such.

The final straw, though, was when Izzet started trespassing onto other guilds’ territory, going right through their guildgates and excavating within their borders.
This sparked all sorts of nasty tensions not only between other guilds and Izzet, but between all the guilds. The Izzet have basically caused a situation
where all the guilds are worrying whether another guild will, to stop Izzet from gaining power over Ravnica, try to gain power themselves.
After a big incident involving the kidnapping of Emmara Tandris by Rakdos freaks, the Selesnya Conclave declared war on the Cult of Rakdos.
This causes all hell to break loose and the guilds begin to war with each other, meanwhile the Gateless community begins to fight back against the guilds.
This is all really bad for the Izzet, as they’ve just discovered that what they’ve been researching is called the Implicit Maze, a magical “maze”
that runs through each of the ten guildgates and ends in the Forum of Azor, devised by Azor I, the parun of the Azorius Senate.
Ral Zarek ran the maze alone, but nothing happened, and by researching the maze even further, Niv-Mizzet discovered that all the guilds have to
cooperate and run through the maze together.

So, during the conflict, Niv-Mizzet and Ral Zarek send out a message to all of Ravnica, which you can listen to in the Dragon’s Maze trailer.
Dragon’s Maze covers the guilds selecting a champion and running through the Implicit Maze together. According to the hidden message in the guildgates,
it seems that this action will cause the reformation of the Guildpact.

In the real world, this translates to additional prizes. Guilds that succeed in traversing the maze will receive a foil Plains promo card, and a “Maze Runner” code to redeem on planeswalkerpoints.com, to impress the guys/ladies/whatever with, natch. The first guild to get to the end of the maze will instead get a “Champion of the Maze” code. They still get that sweet, sweet Plains, too.

Here’s the trailer for the new expansion. Get hyped:

“Okay, this sounds like fun, and that trailer got me totes hype,” you might be saying to yourself, “but I’m not some turbo nerd with every card memorized, what should I look for?” 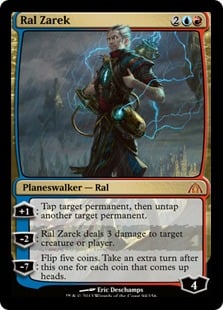 Well, you could be a turbo nerd and read up on every card in the set here. If that’s not your thing, I’m here to help. I generally consider there to be four types of cards when playing Limited: Bombs, removal, creatures, and utility. Bombs are the big cards that are going to be a presence and say, “If I’m not dealt with, I’m going win the game.”

Bombs to look out for would be Ral Zarek, Dragonshift, Lavinia of the Tenth, Master of Cruelties, Mirko Vosk, Mind Drinker, Ruric Thar, the Unbowed, Tesya, Envoy of Ghosts, among others. A bomb typically will do more than one thing, have toughness greater than 3 if it’s a creature, and need to be dealt with immediately.

Removal is just that, it removes stuff, usually creatures. Putrefy will be big. Other effects such as tapping, detaining, bouncing, or pacifism-like effects are also effectively removal in Limited. And never rule out sacrifice effects. 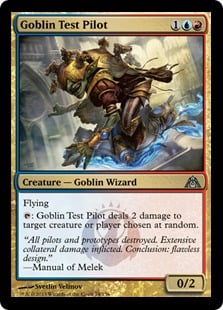 When choosing creatures, look for keywords like Flying, Hexproof, Vigilance, and most importantly First Strike. Having the biggest guy isn’t always the most important thing when they can just fly over you, or block and kill before you can even hit them. Lifelink is definitely good, but don’t rely solely on life gain to win you matches. Or just use as many Goblin Test Pilots as you can.

After that, you want utility. Counter spells in Limited aren’t super great, but usually unexpected. If you know they’ve got a ridiculous bomb maybe side in your counters game two. Otherwise drawing cards is key. The longer you can keep yourself out of topdeck mode, the better. Combat tricks like granting regeneration, first strike, +x/+x are also viable.

So now you’re all set for the Dragon’s Maze prerelease. Which guild will you pick? Choose wisely, and have fun!