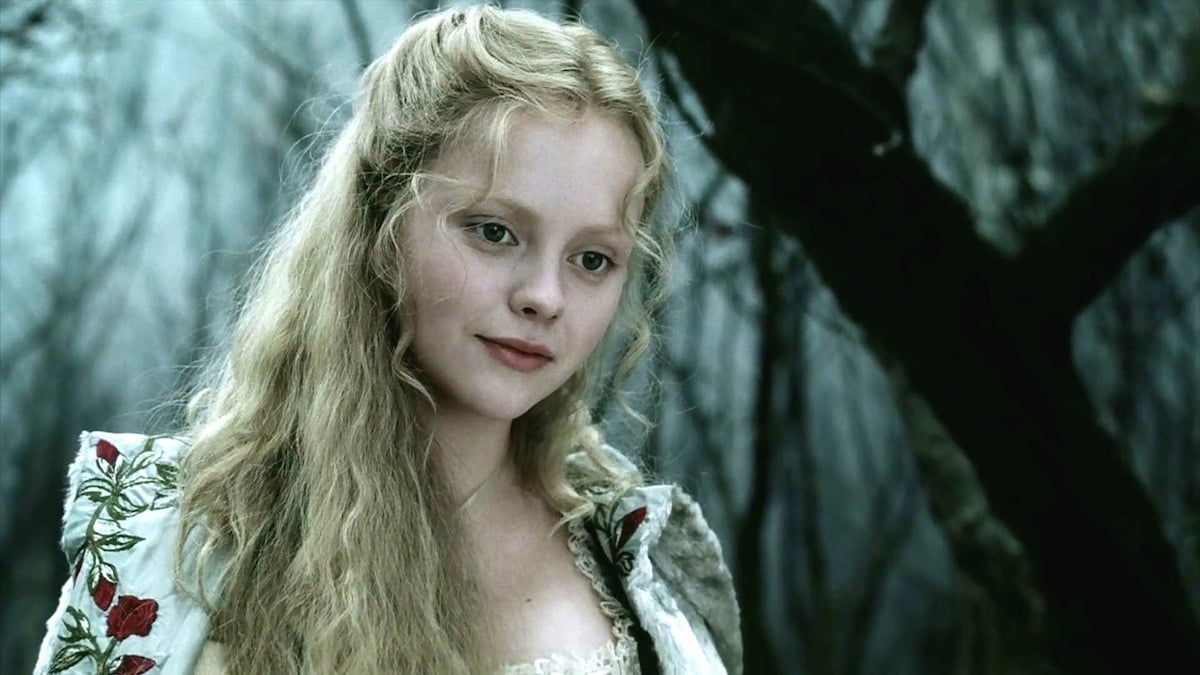 From the very first second, Tim Burton’s Sleepy Hollow is all about the atmosphere. As blood-red wax drips onto parchment and Danny Elfman’s masterful score bubbled like a magic aural potion, the movie announces itself so boldly and spookily, you’re immediately drawn in. Sleepy Hollow is still a great movie that I still watch it every year around this time, 21 years after its release.

To be frank, I love this movie and have for a long time. It’s a holiday classic for me. It’s one of those movies that just feels like fall distilled on film. The muted colors, the costumes, the images of pumpkins and snow, falling leaves, and a decaying town all splashed with blood that a bit too dark and thick to be real. Sleepy Hollow works for me so well because it walks so many fine lines–between real and unreal, funny and horrifying, a mystery and magical tale–and never falters. It’s a triumph of tone and atmosphere that is really singular, even in Tim Burton’s long career.

Despite his gothic sensibilities, before Sleepy Hollow, Tim Burton had never really made a horror film before. I would say that by far Sleepy Hollow is the most genuinely suspenseful and scary of all Burton’s works up to now. And Sleepy Hollow isn’t quite horror because it alternately spices things up with humor, mystery, and a good dose of magic. There are scenes in this movie that are so well-done in terms of how scary they are, how well-paced, and just how beautifully they’re shot.

We didn’t know in 1999 that Sleppy Hollow would be sort of an apex for both its star, Johnny Depp, and director, Tim Burton. The two were already long-time collaborators at this point, having worked together on other classics like Ed Wood and Edward Scissorhands. I’d certainly peg it as their last good work together before both of them got a bit too famous to take notes and rein it all in. After this, Burton’s only really great film is Big Fish, and for Depp, well, things change a lot for him after this too.

It was one of the last movies Johnny Depp made before he became a mega-star in 2003 with Pirates of the Caribbean and eventually fell into a trap of going over the top more and more with one wild character after the next. In this era, he was still a niche star, and this is one of his most subdued performances that’s still interesting and fun (he had a few “normal person” roles in the intervening years but they’re all generally a snooze, not bad). He’s in his element here, reminding you of the sort of role Depp embodied well before his fame and personal life controversies engulfed him.

But let’s talk about the rest of this incredible cast. It’s sort of amazing that you have Saruman (Christopher Lee) making a cameo in a movie where Emperor Palpatine (Ian McDiarmid), Uncle Vernon, Dumbledore, The Principal from Ferris Beuller, and Alfred all share scene with Rita Skeeter (Miranda Richardson) making an appearance! And Wednesday Addams (Cristina Ricci)! The whole cast is great and thanks to Burton, they all get the camp, gothic tone just right. And then there’s that absolutely WILD turn by Christopher Walken.

That’s the thing: for as scary and suspenseful and gory (in an entertaining, unreal way) as Sleepy Hollow is, it’s also incredibly fun, and it’s well-constructed and mysterious! That’s hard to do, but it’s something that Burton manages really well here. A lot of this comes from the screenplay by Andrew Kevin Walker (Se7en). And I also need to acknowledge cinematographer Emmanuel Lubezki  (Children of Men) who made this movie look so stunning. Burton never worked with either man again, and that’s a real bummer because the work they did together here is great.

Sleepy Hollow is still a classic for me because it really does represent so many people working at the top of their game. From Danny Elfman’s score to the wonderful tactile effects, to the performances, script, and direction, it’s a rich, fun, gorgeous movie that still has the power to frighten, entertain and make even the sunniest day feel like a wonderfully spooky, Halloween night.