A warrior arrives in Sovngarde. 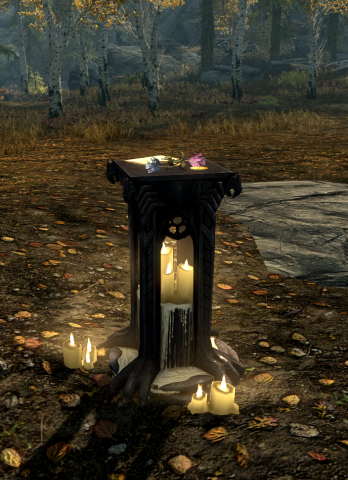 The Skyrim community is famous for their skillful, useful, unique, and downright insane mods. At the same time, there are plenty of devoted fans who know that it isn’t all fun and games. The Skyrim community has recently built a mod that introduces an in-game shrine to honor a deceased player.

Reddit user lastrogu3 posted on the gaming forum screenshots taken from the save file of his brother, Taylor, who passed away in 2013.

“The only time I ever play a game on a console anymore is to use his Xbox to sign into his account, boot up Skyrim, and just sit there looking at the last thing he saw in the game,” says lastrogu3.

Some members of the gaming community wanted to know where Taylor’s character’s resting place was so they could leave flowers in their own Skyrim game. With screenshots and some help from the forums, the location in which the character was last saved was identified.

Then the community took it a step further. A mod was released that places a shrine at the location in which Taylor left his character, Bear. It comes with an interaction that allows players to “pay respects.”

The mod, as most Skyrim mods, is available on Nexus.