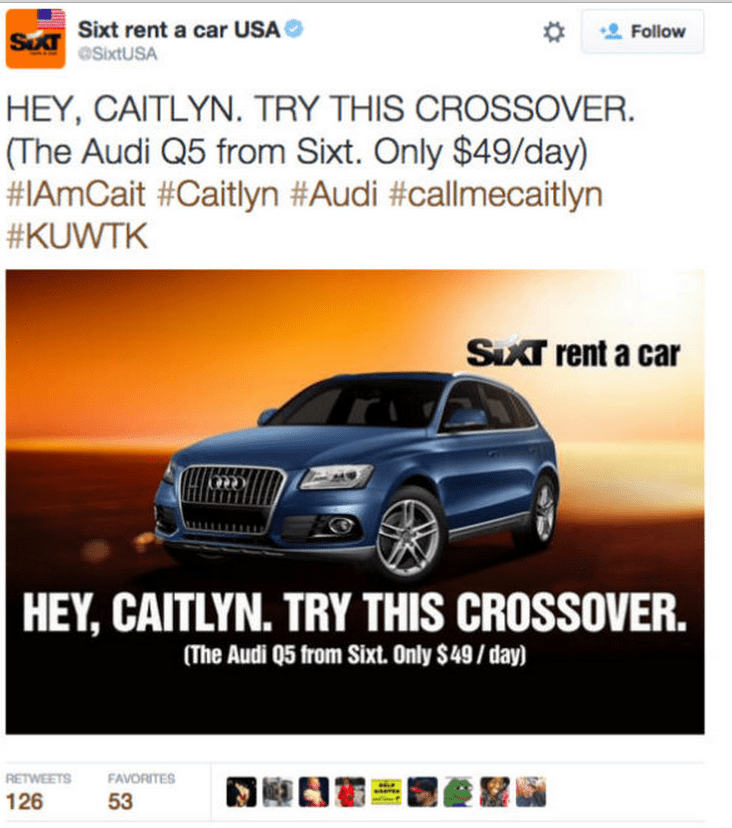 In a tweet discovered by Uproxx yesterday that somehow still hasn’t been deleted, rental car company Sixt used the hashtag #IAmCait to invite the reality star to try their new “AudiQ5.”

Aside from the asinine insensitivity of comparing a trans woman’s experiences to a car, the tweet is yet another instance of trans women being used for cis people’s publicity. Unfortunately, as Jezebel points out, even if transmisogynistic ad campaigns like Sixt’s or mobile company Three Ireland’s are eventually removed, the company might still benefit from the exposure their controversial advertising earned them.

If nothing else, hopefully the online backlash to Sixt’s comments will serve as a reminder to other Twitter users (if not Sixt itself) that a company which exploits trans people for its own gain is not a company that deserves their business.

UPDATE: As of 10 AM ET on the 6th, the tweet appears to have been removed.