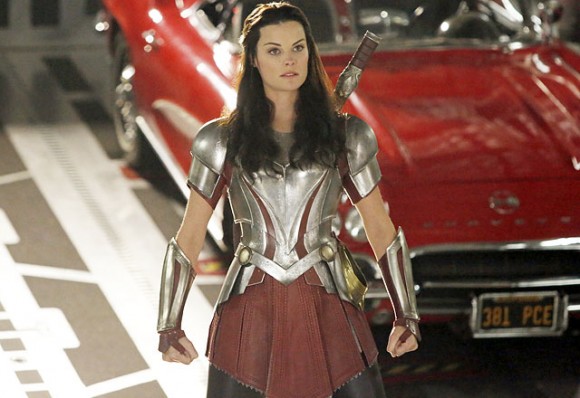 Nice stance, Sif! Did you just touch Lola and are giving Coulson the “what of it” look? Thor: The Dark World’s Jaimie Alexander will be in episode 15 (March 11th) of ABC’s Agents of SHIELD in case you hadn’t heard. We cant wait.