M. Night Shyamalan Probably Did Not Write She's All That | The Mary Sue

Your Sixth Sense Was Right: It Turns Out M. Night Shyamalan Lied About Ghost Writing She’s All That 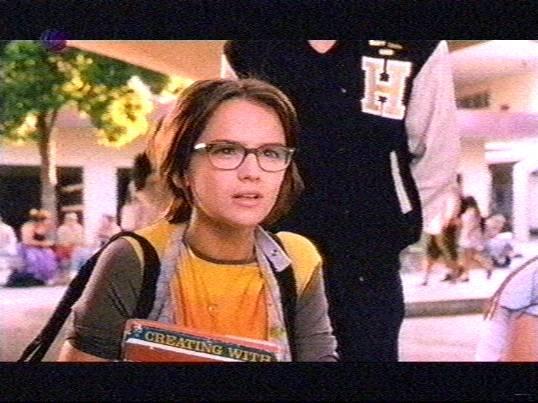 It seemed that the twist in this story came early, when writer and director M. Night Shyamalan claimed in an interview with Movies.com that he ghost-wrote She’s All That, the 1999 romantic comedy starring Freddie Prinze Jr. and Rachel Leigh Cook.  If that news wan’t bizarre enough, it turns out that there may be a contender for writing credit for the film.  In fact, it seems that the twist is that Shyamalan didn’t write the movie, and felt the need to claim he did anyway.

In the interview with movies.com, Shyamalan started by saying,

“By the way, I ghost-wrote a movie that same year [as The Sixth Sense and Stuart Little] that would even add to the breadth of it all, but I don’t know if I want to tell you which movie I ghost-wrote. [Laughs]”

“I ghost-wrote the movie She’s All That. [Laughs]”

Upon hearing about Shyamalan’s claim from a friend on Twitter, the credited screenwriter, R. Lee Fleming Jr., responded

While Shyamalan does have a more diverse filmography than his reputation for suspenseful thrillers suggests (Finding out he wrote Stuart Little is second only to realizing Hugh Laurie was in it), I’m inclined to believe Fleming, the credited screenwriter.  After all, Fleming has worked on several other romantic comedy projects, in film and on television, including One Tree Hill and the 2001 romantic comedy Get Over It.  Shyamalan may have worked on some unusual projects, but I doubt someone felt so strongly that he was the only one who could sell the twist that Cook is pretty under her glasses that he had to be involved.

The most shocking part of this information, however, is probably that there’s a debate as to who wrote a fourteen year old teen comedy in the first place.  Plus, Shyamalan did make this statement in an interview about his new Will Smith movie After Earth, so it is entirely possible that the claim is all in the name of buzz.  I just hope he didn’t lie about writing The Last Airbender, I need to know where to direct my disappointment.

(via The Daily Dot, Movies.com, imdb, image from She’s All That)