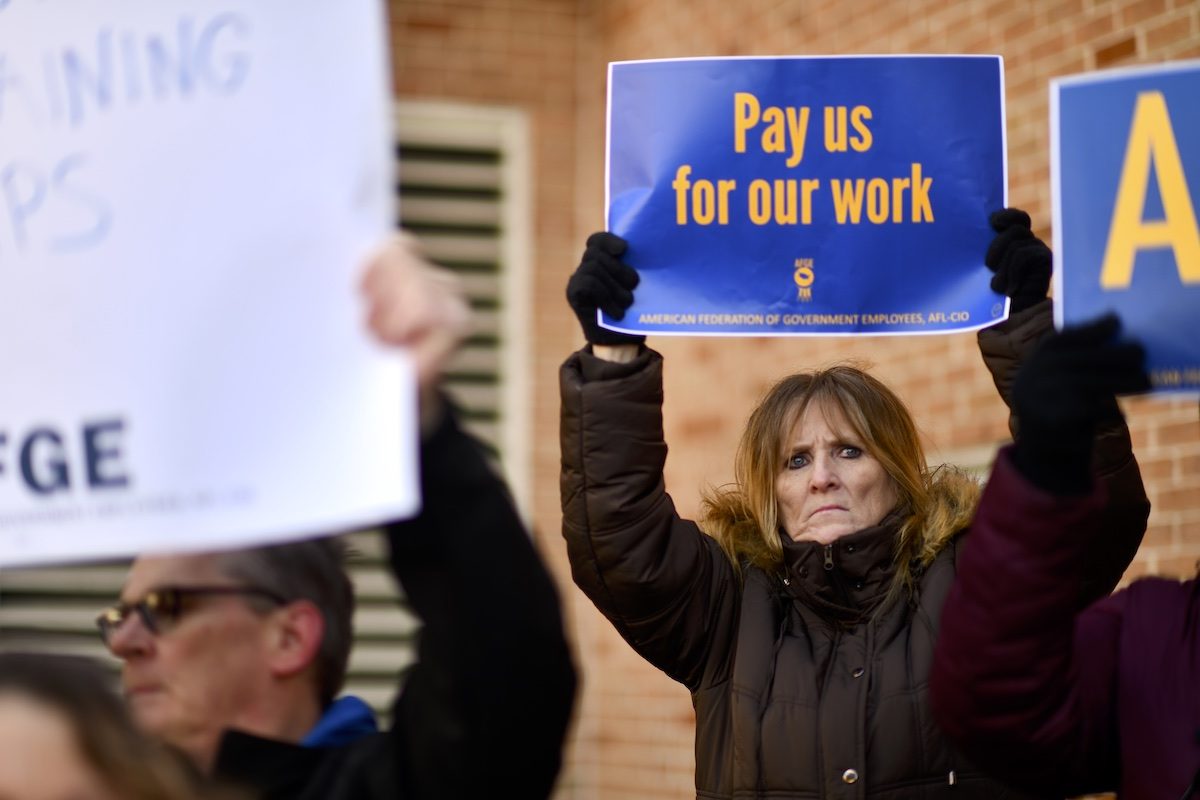 While the government has (at least temporarily) reopened after the longest shutdown in U.S. history and many federal employees have received back pay for the duration of the shutdown, there’s a huge group of government workers who aren’t receiving any compensation for that time lost.

In addition to the 800,000 previously furloughed or unpaid federal employees, there are reportedly more than a million federal contract workers who were unable to work for the 35 days of the shutdown, and who are not slated to receive any back pay.

Those contracted workers include janitors, security guards, and food service workers, and they are among the lowest paid employees in government service. According to the Washington Post, a typical paycheck for these contract workers is $450 to $650 a week. And because of the nature of their contracts, even those who work full time to make sure our national monuments, museums, and institutions are clean and secure were forced to lose a month of pay.

Earlier this month, Minnesota Senator Tina Smith, along with a number of other Democrats, introduced a bill that would require federal agencies and the contracted companies to work together to provide back pay to those contract workers affected by the government shutdown.

According to Vox, “Smith says federal agencies have already allocated money in their budgets to cover contractor costs that have not been doled out because of the shutdown. Her bill would simply ask these agencies to pay out what they would have spent anyway.”

Low-& mid-wage fed contract employees are being hit hard by Trump’s shutdown. They’re not getting paid & haven’t received back pay after previous shutdowns. I’m intro’ing a bill to right that wrong. These workers shouldn’t have to bear the brunt of being Trump’s bargaining chips. pic.twitter.com/zsDPsPUHG2

As of now, more than 20 Democratic senators (and Bernie Sanders, an Independent) have signed on to support the bill. (There’s also a similar companion bill in the House, which was introduced by Rep. Ayanna Pressley.) But so far, not a single Republican has backed it.

This comes after weeks of Republicans and other conservative Trump supporters diminishing the damage caused to unpaid workers. First, it was comments claiming Americans don’t care about federal workers because “most of the people not getting paid are Democrats” or because people are resentful of government employees’ job security.

Then came the “advice” that showed just how out-of-touch and elitist they were, with Trump himself reminding us he doesn’t know how grocery stores work–remember when he thought you needed an ID to buy groceries?–saying that furloughed workers can just ask those stores to “work with” them until they have money to pay for food. And his billionaire commerce secretary said he didn’t understand why people were struggling when they could just take out loans.

These Republican leaders and conservative pundits have proven that they do not understand or want to understand the struggles of federal contractors who work paycheck to paycheck, only to suddenly find themselves without a paycheck or health insurance, which many lost during the shutdown, through no fault of their own.

Also, as Vox notes, those government agencies could choose to pay the companies they’ve contracted for furloughed time, and those companies could then, in turn, pay their workers. Senator Smith and others are urging the Office of Management and Budget to do so and not wait for legislation to be passed, forcing them to. Either way, it’s unconscionable that there are no protections in place for these vulnerable federal workers.

The government is temporarily open until February 15th, when all of these workers risk being put out of work once again if Trump and lawmakers can’t reach a funding deal (read: If Trump won’t give up his stupid racism monument).