Trump Administration to Furloughed Workers: Offer to Do Chores | The Mary Sue 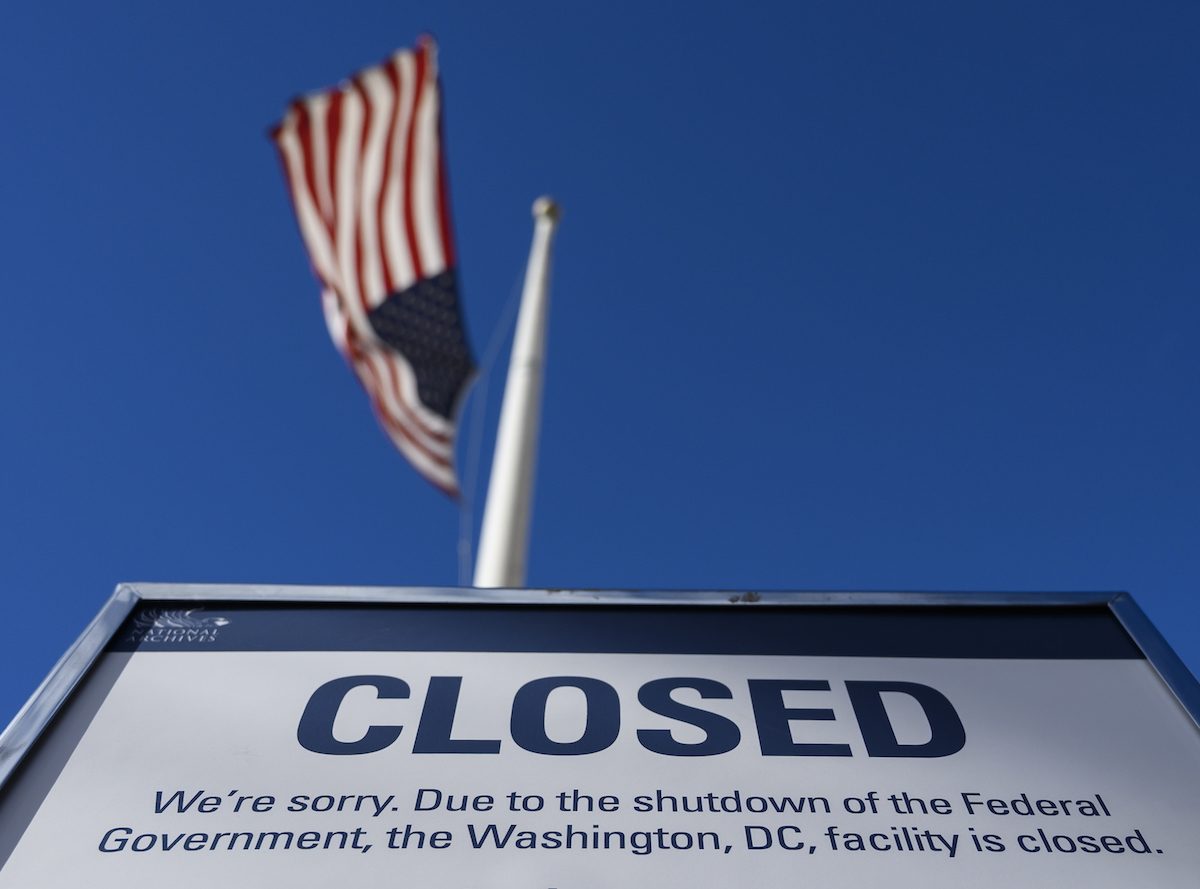 It’s been a week since Donald Trump and Democrat lawmakers reached a stalemate over the President’s demands for funding for a border wall, and with no votes scheduled, it will be next week (and technically, next year) before the current partial government shutdown has a chance of ending.

Until then, many government employees are still expected to work, but aren’t being paid. (They will, hopefully, get paid eventually, although that isn’t guaranteed. After the last shutdown, government workers did receive back pay, but only after winning a class action lawsuit.) Others have been furloughed indefinitely.

In the meantime, the U.S. Office of Personnel Management tweeted out some suggestions for letters these employees can send to creditors, landlords, and the like.

Feds, here are sample letters you may use as a guide when working with your creditors during this furlough. If you need legal advice please consult with your personal attorney. https://t.co/t6h6OzALsS

The office–whose motto is “Empowering Excellence in Government Through Great People”–advises having conversations with people you expect to owe money to, asking for temporarily reduced payments, and, in some cases, offering to do chores in lieu of paying bills.

The Office of Personnel Management tweeted advice to furloughed federal workers on how to explain their situation to creditors and landlords—including one sample letter with the suggestion that they offer to perform chores in exchange for rent payments. https://t.co/9dvl4Au1lt

To be fair, they recommend offering services like “painting, carpentry work” to landlords and not, say, your mortgage company. Still, this feels like one flimsy and unrealistic band-aid for a very large problem.

It is still better than the advice coming from Trump and the GOP, though they’ve set an impossibly low bar. Their advice can basically be summed up as Don’t be a Democrat and Don’t work in government to begin with.

One GOP pundit, Jen Kerns, went on MSNBC to argue that most Americans don’t really care about the workers affected by the shutdown because they “did not suffer as the rest of America did in the last 10 years with the Obama recession.”

Yes, she found a way to make this Obama’s fault! Also, she apparently believes Americans are so spiteful of the “Obama recession” (otherwise known as the recovery from the mortgage crisis) that they’re happy to see approximately 800,000 Americans go without pay during the holidays, a sentiment she doubled down on on Twitter.

It’s true! American ppl just don’t feel sorry for paper-pusher bureaucrats in D.C. who bullied the Tea Party for years, & who haven’t had a layoff or to forgo their 4-5% pay increases while Americans were laid off many years. Sorry! #GovernmentShutdown https://t.co/sNy4WvydKD

Trump, too, invented a political justification for his lack of empathy, claiming that “most of the people not getting paid are Democrats.”

Have the Democrats finally realized that we desperately need Border Security and a Wall on the Southern Border. Need to stop Drugs, Human Trafficking,Gang Members & Criminals from coming into our Country. Do the Dems realize that most of the people not getting paid are Democrats?

That is a totally baseless claim, made even weirder by the fact that Trump recently told reporters that furloughed and unpaid workers support the wall and the shutdown.

“Many of those workers have said to me, communicated, ‘stay out until you get the funding for the wall.’ These federal workers want the wall,” he said, citing conversations that no one possibly believes ever happened.

The idea that those working without pay or not working at all are all Democrats or “paper-pushers” is ridiculous. The range of people affected by the shutdown is huge and includes the DEA, the Department of Homeland Security, and the Coast Guard. How do these conservative mouthpieces justify celebrating, or at least ignoring, the 42,000 Coast Guard employees going without paychecks?

And even if we were only talking about office workers, those people are still working without being paid or forced not to work. That seems exactly antithetical to the conservative ethos, not to mention basic human respect.

The hoops some people find to jump through, just to support Donald Trump and his essentially symbolic wall, are pretty incredible.