The Best Shows to Binge Right Now for Every Pandemic Mood 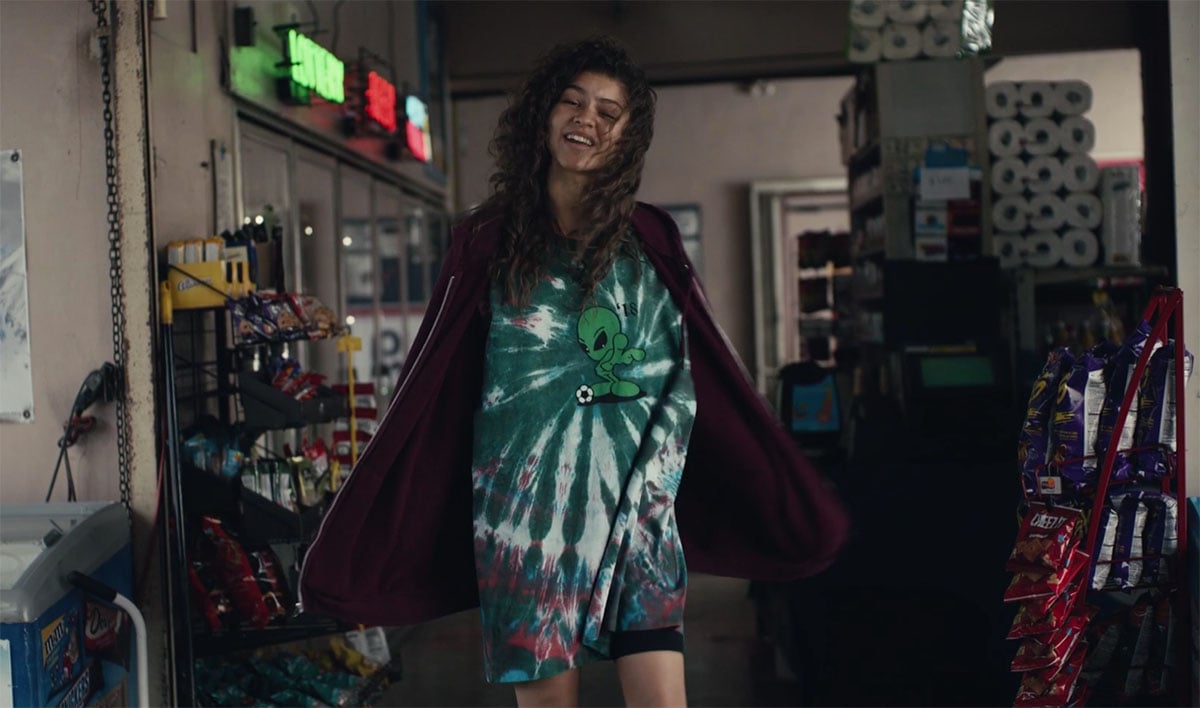 I’ve had a long list of shows in the “Oh, I’ll watch them eventually” category, and it normally just keeps growing and growing. The problem now is, now that I have an unlimited about of time on my hands to do just that, I’m never really sure where to start. So, what I’ve started to do is focus my energy on shows that fit my current mood, and I’m here to share my findings with the world.

Whether they’re shows I’ve seen before, shows I’m going to watch when I’m feeling right, or something I watched before or I’m watching now, this is a list of wonderfully fun (or sometimes dramatic) programs to keep you entertained while staying safe inside. Not staying safe, or at least wearing a mask? You don’t get my suggestions.

Euphoria for when you’re in a darker mood.

A show that should have won Zendaya an Emmy, HBO’s Euphoria is a story of addiction and the toll it takes. Rue (Zendaya) struggles throughout the show, and as she goes back and forth between being clean and falling back into her addiction, she turns to her friends like Jules (Hunter Schafer), and we get a look at the darker sides of adolescence.

I turned to NBC’s Friday Night Lights on a whim, mainly because I got tired of going online and not understanding why everyone kept saying it was a perfect show. I now know that I was wrong; it’s a perfect show, but it is also the kind of show you should watch when you just want that hopeful feeling to take over. I found myself sitting on the couch and cheering when the show’s fictional high school football team, the Panthers, would win, or I was upset when they’d lose a game. It’s just a soothing show for right now, and why not?

You can watch Friday Night Lights on Starz or Peacock.

Mad Men, a show for those who want to pretend like the 1960s were fun.

AMC’s Mad Men is a strange sort of nostalgia. I think it’s safe to say that no one actually wants to go live in the 1960s, and if you do, I have some other questions for you. And yet, despite knowing that Don Draper is terrible, we still turned to Jon Hamm and his portrayal frequently. It might not be perfect, but Mad Men is a show that brings on a feeling of comfort despite being set in a time period no one really wants to go back to.

You can stream Mad Men on Amazon Prime Video.

Doctor Who if you’re feeling adventurous.

I love BBC’s Doctor Who with my whole heart. A show about exploring and learning and constantly adapting, it’s the kind that really connects you to what is important in life and how we can keep growing within ourselves. If you’re feeling like you want to explore and visit new worlds, Doctor Who is the show for you—or even if you just want to connect to something and have an emotional ride.

You can watch Doctor Who on HBO Max.

Insecure to laugh and also feel pain at the same time.

Issa Rae is now a household name, and part of that is due to the fact that we love HBO’s Insecure. Through relatable moments and the humor of everyday life, Insecure gives us a look at very real women struggling to find themselves and figure life out, and honestly, sometimes that’s just the kind of show you need to watch.

Insecure is available on HBO.

Ally McBeal, for those who want to embrace the absurd.

For many (like myself) Fox’s Ally McBeal was the show that you watched with your parents—or more like my mom loved it and she wanted to hang out together after she got off work, so I just watched it with her. But the show is a little on the absurd side. With strange filming techniques and dancing babies, the show was out there and perfect and fun, and sometimes, that’s what you need. Plus, maybe it’s time for an Ally McBeal resurgence. I’m here for it.

The Baby-Sitters Club if you want that wholesome feel.

The latest adaptation of The Baby-Sitters Club, from Netflix, is sweet, wholesome, and will make you cry at least once an episode. I’m not even being overdramatic; I don’t think I had a dry eye once while watching it. Based on a group of friends who start their own business to help parents out and make money, The Baby-Sitters Club is about acceptance, loving each other, and being there for your friends and is, oddly enough, the perfect show for all of us to watch in 2020.

The Baby-Sitters Club is on Netflix.

Happy Endings if you want to remember what hanging with friends was like.

Right now, you probably have forgotten what going to your friend’s place and just hanging was like. If not, I have questions about what you’re doing!!!! But, for those of us who can’t remember what it was like to be friends with each other, we can use a show like ABC’s Happy Endings to remind us.

Happy Endings is on Hulu.

Bloodline if you want to have even more anxiety.

I started streaming Netflix’s Bloodline after I finished Friday Night Lights and wanted more Kyle Chandler content, and let me tell you, it’s a wild ride, but it is also very anxiety-inducing. I was anxious all weekend and couldn’t figure out why. Then, I stopped and thought about what I was watching, and suddenly it made a lot more sense, since the show is all about revealing the dark secrets of the Rayburn family.

You can watch Bloodline on Netflix.

Star Trek to pretend like we can have a better future.

The world that Gene Roddenberry built was one of peace and exploration, and right now, I’d give anything to enroll in Starfleet. Thinking of this utopia that could one day be can maybe help calm those anxieties of the world. Plus, it’s always fun to look back on our favorite installments in the franchise. Maybe I’ll rewatch Next Generation to get my Riker fix.

CBS All Access is a dreamland for the Star Trek fan in us all.

Westworld to try to understand the rich.

Ever try to understand rich people? It’s commonplace now, since they make absolutely no sense, so if you watch HBO’s Westworld, you can start to see why they make terrible decisions. A show about rich people going to live in different movie genres, it reveals the darkness that can take over humanity, and with so many twists and turns, it’ll keep you on the edge of your seat while you’re thinking about how much money these people spent to go to an RPG theme park.

Westworld is on HBO.

The latest journey for HBO, Perry Mason is dark, gritty, and sustaining me as I wait for season 3 of Succession to come back, but it’s also a quick, fun (albeit dark) watch. Still premiering new episodes (until August 9th), the show stars a grungy Matthew Rhys, and that should be enough of a reason to play catch-up.

Perry Mason is on HBO.

Parks and Recreation for when you just need to laugh.

This is just because it’s my go-to happy show, but Parks and Recreation is the perfect show to turn to when you want to laugh. It never feels like a tiresome rewatch, and if you’re watching it for the first time? I envy you, but no matter how many times you’ve watched the crew from Pawnee try to fix their small Indiana town, you’ll find something to laugh at.

Parks and Recreation is on Netflix and Peacock.

Have any shows that you’ve been binge-watching to keep you on your toes? Let us know what you’re watching in the comments below!