Spray This Bacteria on Your Face and Never Need to Take a Shower Again, Says Start-Up Company

Watch. In five years, Jamie Lee Curtis will be doing commercials about it. 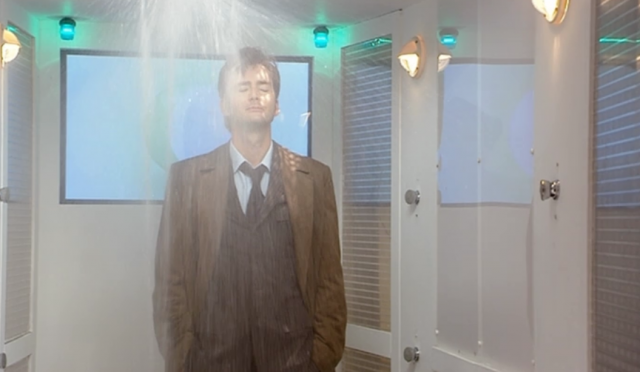 It’s pretty common knowledge that the amount of soap we use is probably bad for us. Sure, there’s the “antibacterial products breed stronger bacteria” argument, but there’s also a contingent of cosmetologists who say too much soap can strip the skin and hair of necessary bacteria. AOBiome’s solution? Spray that bacteria right back on your face.

AOBiome, a start-up company in Cambridge, Massachusetts, is currently testing a live probiotic tonic (although they use the term  “microbiomics,” because apparently there are already probiotic skin products on the market today) that contains billions of cultivated Nitrosomonas eutropha, a bacteria that oxidizes ammonia and which is commonly found in dirt and untreated water.

The assumption is that if you spray this stuff all over yourself, it will replenish all the bacteria that used to live on human skin before we decided that sodium lauryl sulfates were the best thing since sliced bread. David Whitlock, the product’s engineer, was inspired to create AO+ after attempting to explain why a horse likes to roll around in dirt and deciding that it had something to do with that dirt’s biological components. “Because it’s fun,” would have been a sufficient answer, but okay, bacteria is nice too.

“Your skin is not just your body’s largest organ, it’s a thriving & important ecosystem in its own right,” the product website says. “Since nature has been taking care of our skin for so long, why have we been covering ourselves with harsh chemicals thinking that it will make us feel better? That’s why we designed a live probiotic to enrich your skin’s natural environment and gently restore harmony to your skin.”

Yeah, yeah, sounds very new age and natural. But does it work? According to NYT writer Julia Scott, who used AO+ to completely replace all her soap, shampoo, and deodorant over a 4-week clinical trial, it does and it doesn’t.

While Scott remained self-conscious about underarm odor and claimed that avoiding shampoo turned her hair “a full shade darker for being coated in oil,” she noticed a marked improvement in her skin, specifically the absence of her usual hormone-related breakouts. She was able to remove all the helpful bacteria from her body after only three showers at the end of the trial period.

AO+ isn’t currently available on the market, but you can register through their website for information about pre-orders and possible clinical trials in your area. Or, you could just roll around in some dirt. That might be more fun.