Bacteria Who Have No Friends Mutate Faster, Just Like Supervillains | The Mary Sue

Bacteria Who Have No Friends Mutate Faster, Just Like Supervillains

One is the loneliest single-celled organism. 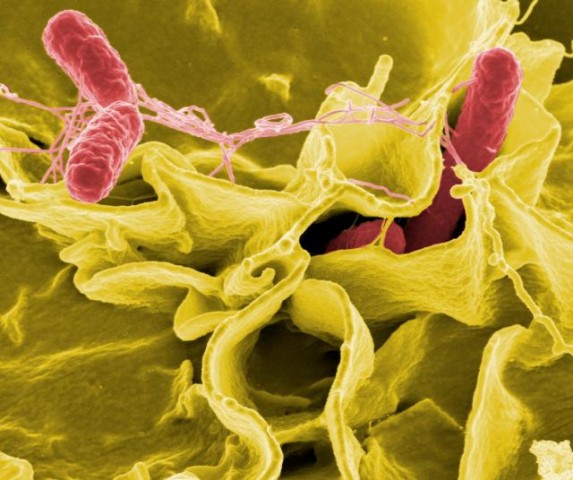 There are a lot of health risks associated with loneliness in humans: depression, stress, poor decision making, heart disease, and even decreased memory and learning. You know what happens when E. Coli cells are alone, though? They mutate even faster and wreak havoc on human immune systems. Dang, E. Coli. That is some Gollum-level shit.

In order to study the mutation rates of bacteria cells on a smaller scale, scientists from the University of Manchester’s Faculty of Life Sciences introduced E. Coli samples to various amounts of food, then treated them with the antibiotic rifampicin and rounded up the surviving bacteria, which had mutated a resistance to the antibiotic. They found that the bacteria which multiplied much more slowly and in lower densities was much more likely to develop that resistance, at a rate of three times that of the higher-density, faster-multiplying bacteria.

“I find it pretty surprising that this hasn’t been pinned down before,” lecturer Christopher Knight also said. He suggested that this phenomenon might have been overlooked because most scientists tend to look only at specially-engineered strains of bacteria, which mutate at hundreds of times the normal pace.

Knight and Rok Krasovec, who led the research group responsible, also found that stress levels, amounts of food, and competition between cells did nothing to influence the mutation rate — it was only density that affected the bacteria’s ability to mutate. These effects appear to depend on a gene called luxS, which dictates how the bacteria grows in relation to its population density. When bacteria lacks this gene, their mutation rate stays the same regardless of how many other bacteria are around.

So why does this happen? After all, it’s not like bacteria is even capable of making “friends,” at least as far as we know. Knight theorizes that it’s because the bacteria recognizes that it has nothing to lose by mutating, because it’s less likely to negatively affect another nearby bacterium. “If an organism finds itself lonely, the trade-off between the undoubted risks and possible benefits of mutation [are] different from when it finds itself in an environment where its relatives are thriving,” he said.

With this new information, it might be possible to reverse the effects of this gene and slow down the mutation rates, which could possibly keep these cells from evolving resistance to antibiotics as quickly as they currently do. So we’re not going to make bacteria less lonely — we’re just going to stop it from noticing how lonely it actually is. Maybe by giving them all little tiny One Rings of Power to fawn over instead of making friends. Can science get on that, please?

(via Discover Magazine, image via NIAID)