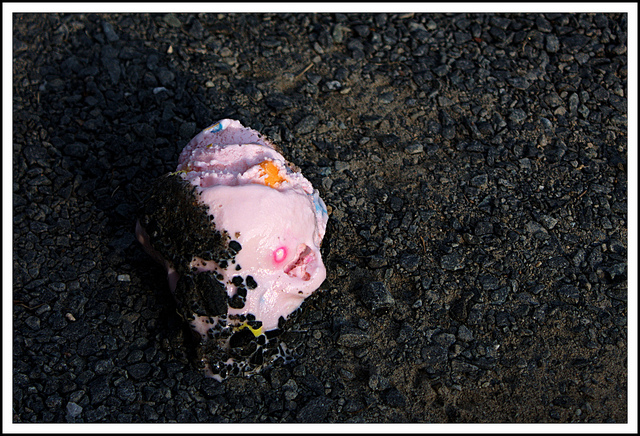 My fellow hungry klutzes, today is the day we are validated. A recent study from Aston University in England has delved deeper than ever before into the science behind the “five second rule”, proving that picking your food up during the fabled grace period is in fact an effective way of avoiding contamination.

Microbiology professor Anthony Hilton and a team of senior students conducted the first formal investigation ever into food stickiness, floor type and length of exposure to determine if it’s ever a good idea to rescue dropped grub.

Aston University published the team’s findings on their website last Monday, saying Hilton and his students

monitored the transfer of the common bacteria Escherichia coli (E. coli) and Staphylococcus aureus from a variety of indoor floor types (carpet, laminate and tiled surfaces) to toast, pasta, biscuit and a sticky sweet when contact was made from 3 to 30 seconds.

The team concluded that time was a significant factor in the risk of infection (VICTORY!) but that the type of flooring also plays a large role in your chances of getting sick. Carpet is least likely to transfer bacteria to food, whereas a sticky floor made of laminate or tile will contaminate food not rescued during the appropriate window of time. The team did not examine the risk of transferring bacteria when food is dropped on a city street, but at least in New York I’m assuming it’s  best to just let that one go.

We have found evidence that transfer from indoor flooring surfaces is incredibly poor with carpet actually posing the lowest risk of bacterial transfer onto dropped food.

Our study showed that a surprisingly large majority of people are happy to consume dropped food, with women the most likely to do so. But they are also more likely to follow the 5 second rule, which our research has shown to be much more than an old wives [sic] tail.

Consuming food dropped on the floor still carries an infection risk as it very much depends on which bacteria are present on the floor at the time; however the findings of this study will bring some light relief to those who have been employing the five-second rule for years, despite a general consensus that it is purely a myth.

Hopefully Aston University will continue to conduct studies that applaud people’s total lack of standards. Stay tuned for “You Can’t Get Pregnant if You Do It In A Jacuzzi” and “Cleaning Definitively Makes Things Harder To Find, So You Should Never Do It.”

(via Gizmodo and Aston University, images via Glenn Euloth)