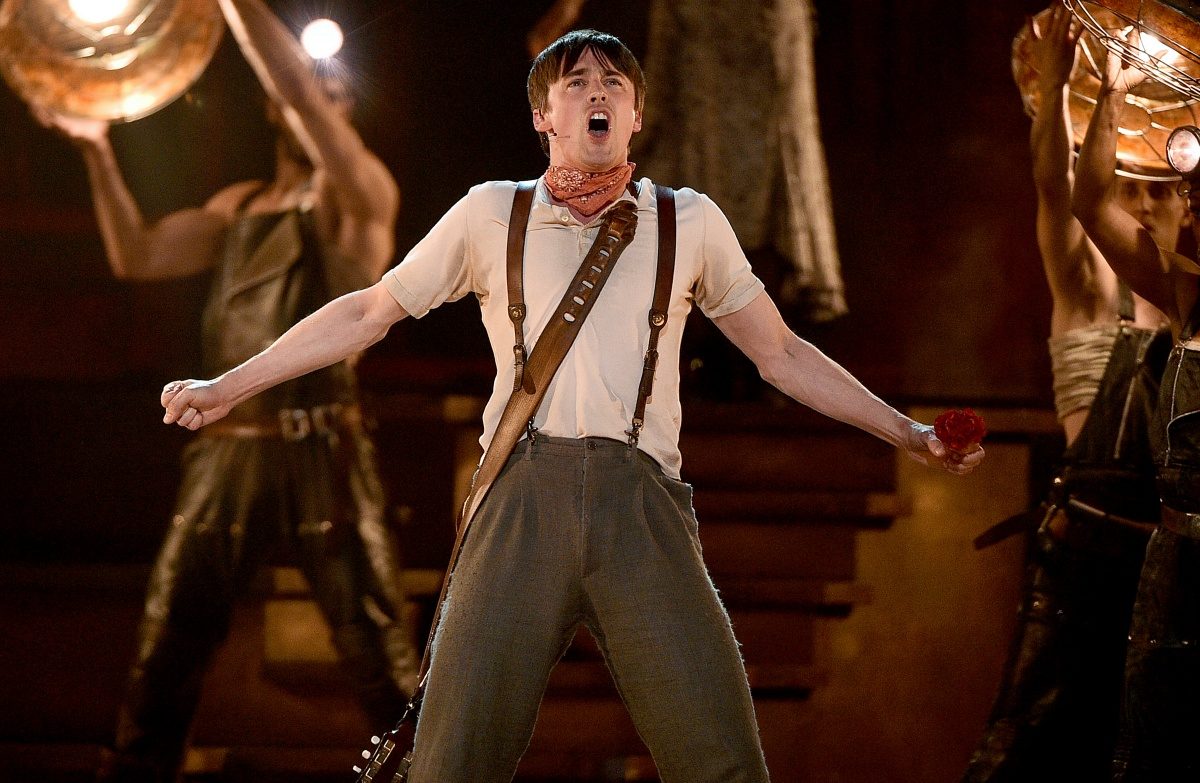 Honestly, a show tune can change your entire mood. For me, I love to sad scream-sing songs that probably don’t need to be sad screamed.

Today, I don’t really care. I’ll scream along to “Send in the Clowns” and probably cry about it because that’s where we all are today. So here is a list of some songs I, personally, like to scream to and why so maybe you can find some joy in these choices as well.

“Wait For It” from Hamilton

Yeah, I fully realize this is insane. Like … why would I listen to Hamilton on a day like today? Well, “Wait For It” is fun because at least then I can cry while singing about how I have to wait until we figure out what the hell is going on in America.

“Six” from the musical Six

The musical Six follows the wives of Henry the VIII and gives them their story, as we should, while learning about them throughout history. The titular song is something that is always fun to let your aggression out to. Have I ever listened to the show Six without crying? Absolutely not, but I DO love to sing this in the shower.

“Run Away With Me” from The Unauthorized Autobiography of Samantha Brown

Look, sure, you’re not typically screaming this song, but it’s emotional and pretty and whatEVER. This is a day about doing things for yourself, and I would watch every young Broadway boy sing this song on repeat to help my soul heal.

“No Good Deed” from Wicked

Now, in all honesty, this is my SCREAM sing song. Has been since I was a teenager in high school and learned that I had a belt (a singing term that I’m not getting into, but basically I can sing loud). This song is filled with Elphaba’s desperation at trying to fix everything falling apart around her, and right now, I would love to have an empty room to just scream sing this into.

The revival of Oklahoma! gave me hope in the future of Broadway. I absolutely hate older musicals because 90% of them are racist and sexist, and whenever someone does a revival of them, they try to either pretend it doesn’t exist of just leave it as-is because “well, that’s the show as it was written”! I hate it.

But Oklahoma! didn’t change a single word and yet showed all the flaws that exist within the original Rodgers and Hammerstein show. So by the end of the show, their anger at the world they’re forced to live in and their upset is clear and on display, and to say that I felt that in my bones would be an understatement. So, go ahead and scream sing to Oklahoma!.

“Send In The Clowns” from A Little Night Music

Whatever. When I say that I don’t care, I mean it. I will cry, I will sing, I will yell about “Send in the Clowns” until I’m blue in the face, and today, that’s more accurate than ever. So … yeah, this is here because I like to torture myself.

“Point of No Return” from Phantom of the Opera

I hate this show. I don’t pretend like I hate it for show. I actually do hate it. To be honest, I hate most all Andrew Lloyd Weber shows, but for whatever reason, I love this song, maybe because it’s the only actually hot song in Phantom of the Opera? Or maybe I just like a sexy reaching dance number. Whatever it is, I love it, and I will cry and sing and wish I had a sexy masked duet partner.

“Selling Out” from American Psycho the Musical

Should I not listen to this show because it makes me sad that it closed too soon and it was most definitely because of Donald Trump? Probably, but I love it. This song fully embodies the mindset and problems of Patrick Bateman’s world and, unfortunately, our own. So, I like to sing along to it and try and do this weird dance.

“Goodbye” from Catch Me If You Can

Catch Me If You Can is a musical I weirdly love? Like … the appreciation I have for it makes no sense and is probably because I love listening to Aaron Tveit sing, but “Goodbye” is one of those songs that I just like to yell-sing. “Goodbye to all the make-believe, goodbye. There’s no more magic up my sleeve” the song says, and honestly? Just feels right. Feels good right now.

This last one is based in New York, so I’m counting it.

I don’t know; this is just where I’m at. I’ve been listening to this on repeat and just vibing to it.

Take care of yourself. If you don’t want to sing, just watch Aaron Tveit videos then.