Shonda Rhimes Moving to Netflix Is a Really Big Deal 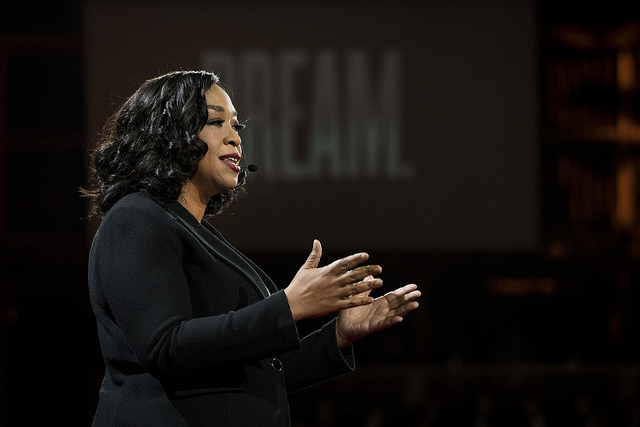 Shonda Rhimes and her production company Shondaland has gone from ABC Studios to Netflix in a massive multiyear deal, and television may never be the same.

It was announced last night that while the Shondaland shows already on ABC will remain on the network, the showrunner will create and produce projects for the streaming service in a reported four-year pact. Rhimes says of the partnership:

“Shondaland’s move to Netflix is the result of a shared plan Ted Sarandos (Netflix’s chief content officer) and I built based on my vision for myself as a storyteller and for the evolution of my company. Ted provides a clear, fearless space for creators at Netflix. He understood what I was looking for — the opportunity to build a vibrant new storytelling home for writers with the unique creative freedom and instantaneous global reach provided by Netflix’s singular sense of innovation. The future of Shondaland at Netflix has limitless possibilities.”

It is no exaggeration to say that Shonda Rhimes is a massive influence on television today. We could spend an entire day citing the many daring storylines she’s told centering women and people of color, the ways her shows have changed the way people watch television and how networks engage with their audiences, and the path that her projects have paved for other diverse stories. The Hollywood Reporter points out that Rhimes is the “first African-American woman to notch the rare 100-episode milestone three times in her career (for Grey’s, Private Practice and Scandal)” and Buzzfeed notes that “Shondaland’s output made ABC over $2 billion — and its shows were the rare network TV series that captured as much media buzz and fan enthusiasm as their rivals on basic cable, pay cable, and, well, Netflix.” The woman is a legend.

The showrunner has changed the television landscape, and Netflix is going to allow her to revolutionize it even more. What will Rhimes make now that she’s no longer subject to “the necessary grind of network television,” and working with Netflix’s “binge-watch” format? Now that she’s able to push the envelope even further, what kind of stories will she tell? I can’t wait to see.