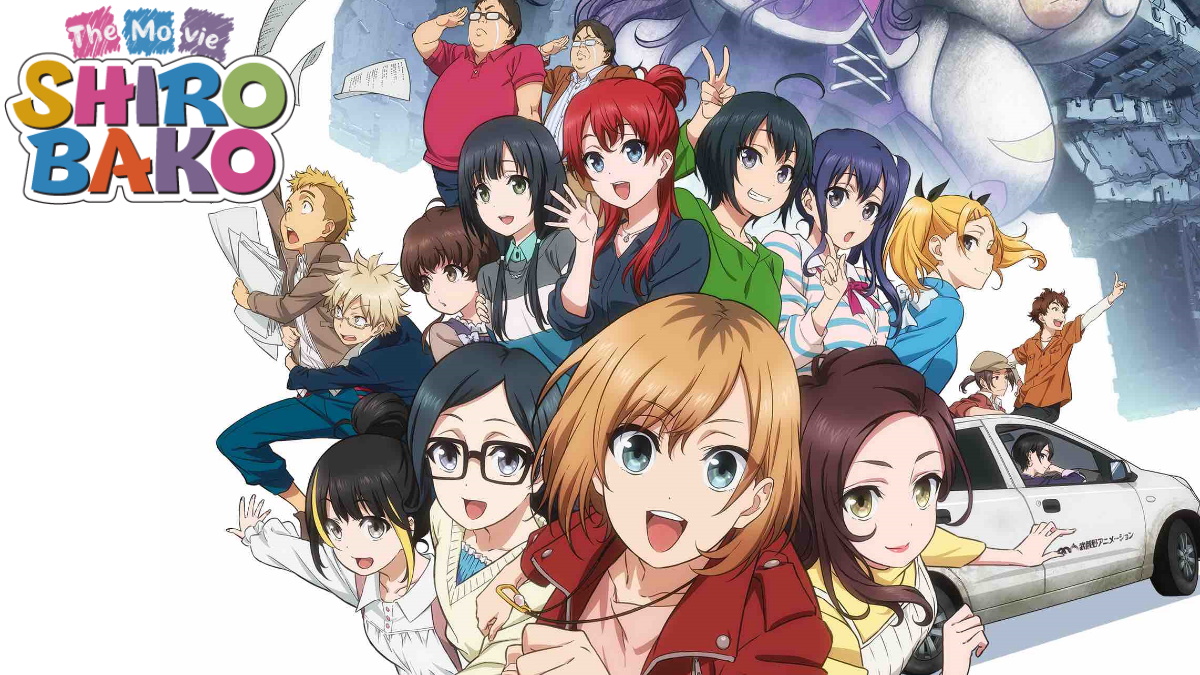 SHIROBAKO the Movie touched on messages I’ve been thinking about as a creative writer for years. Taking place after its anime series, SHIROBAKO is an anime about, well, anime itself, or rather, everything that goes into the production of the series we watch. SHIROBAKO is a mix of “here’s all of the moving parts to anime” and “here’s all the mental exhaustion that comes with moving those parts.”

While it very much is a film made for anime fans and those who dream of being a part of that industry, its illustrations of the highs and lows of anime fit every creative field you can think of. 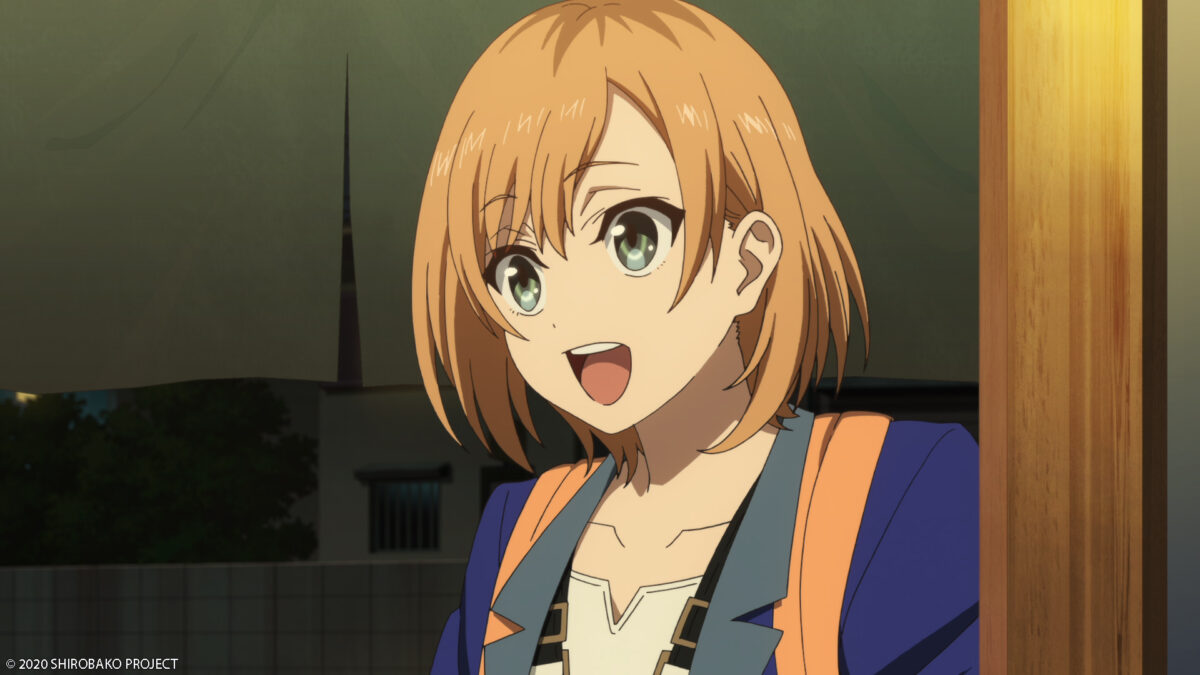 Four years after the events of the series, Musashino Animation has gone through unprecedented changes and things are looking bleak for the studio. One day, Aoi Miyamori is offered a role managing a new theatrical animation project. With only a few months left before the deadline, can MusAni complete the project in its current state? It’s up to Aoi to work alongside both familiar faces and new to finish the project in time!

Why this movie hit me so hard

Before I dive into this I wanna let y’all know that I haven’t seen the series. That being said, there is enough context in the movie to get who these characters are, understand how these five friends made a promise to make an anime together, and feel how heartbreaking it is that things haven’t panned out the way they’d hope.

What’s really interesting about this movie is that these five women ARE a part of the industry, so this isn’t a story where no one has their foot in the door yet. Aoi Miyamori, our main character, is a producer, while Ema Yasuhara is a key animator, Shizuka Sakaki is a voice actress, Misa Todo is a 3D animator, and Midori Imai is a writer. Each woman is a key component to what goes into making an anime, so to a lot of folks watching them from the outside, they’ve made it.

However, when you take a closer look you see that they aren’t happy with where they are right now.

Honestly, I really appreciate that direction of the movie. It’s not a story where a group of friends is fighting to make it, they technically already have made it, but just because you’re a part of the industry you love doesn’t mean that the industry loves you back. At one point, Aoi says that she wants to make anime because she loves it, and the response she gets is basically, “Great. What else?”

That’s because there has to be more than love and admiration for a medium, especially one as grueling as anime production. 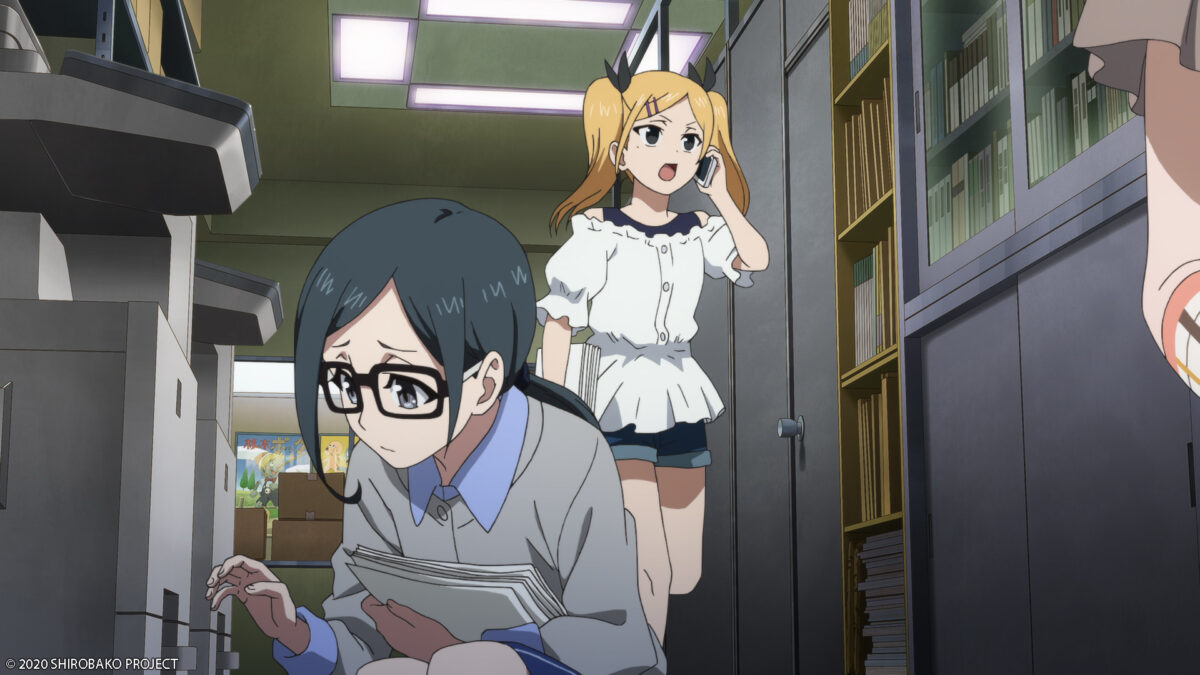 SHIROBAKO the Movie doesn’t shy away from the realities of the anime industry—or any creative industry, really. Right off the bat, you find out that the animation studio that was the main focus of the series is going through hard times. Characters are taking on projects they aren’t passionate about but they need to do something to keep the studio going. Characters are being told that surely, they must be happy because they’re “working in the industry they love” as if they can’t be discontent with the way things are. Companies that had successful releases are struggling to stay in business as folks behind the scenes screw them over by canceling projects that have had a ton of work put into them, oh, and not finishing up the work they promised to deliver.

And our main characters are expected to just roll with it because “the industry just be like that.”

As someone who has been a creative writer for years (and who has wanted to be one since I wrote my stories on construction paper with crayon), seeing a female-led anime film address all the work that goes into creative endeavors and openly discuss HOW much that weighs on them impacted me in a way I wasn’t ready for.

Creative fields are this exhausting mix of “that’s not a real job” but also “WOW I’m jealous of your job it looks so fun” but also “ugh where’s the next installment of this project HURRY UP” but also “we love your work but we can’t pay you what you’re worth how about you do it anyway” and just… it’s a lot and has always been a lot, but somehow SHIROBAKO the Movie captures all of that in two hours. This movie is good as a way to deflect any lingering thoughts folks might have about this being an “easy” career while picking apart the mentality of “I’m so jealous that you work in a career that you love.”

You can very much love your career and loathe it at the same time. 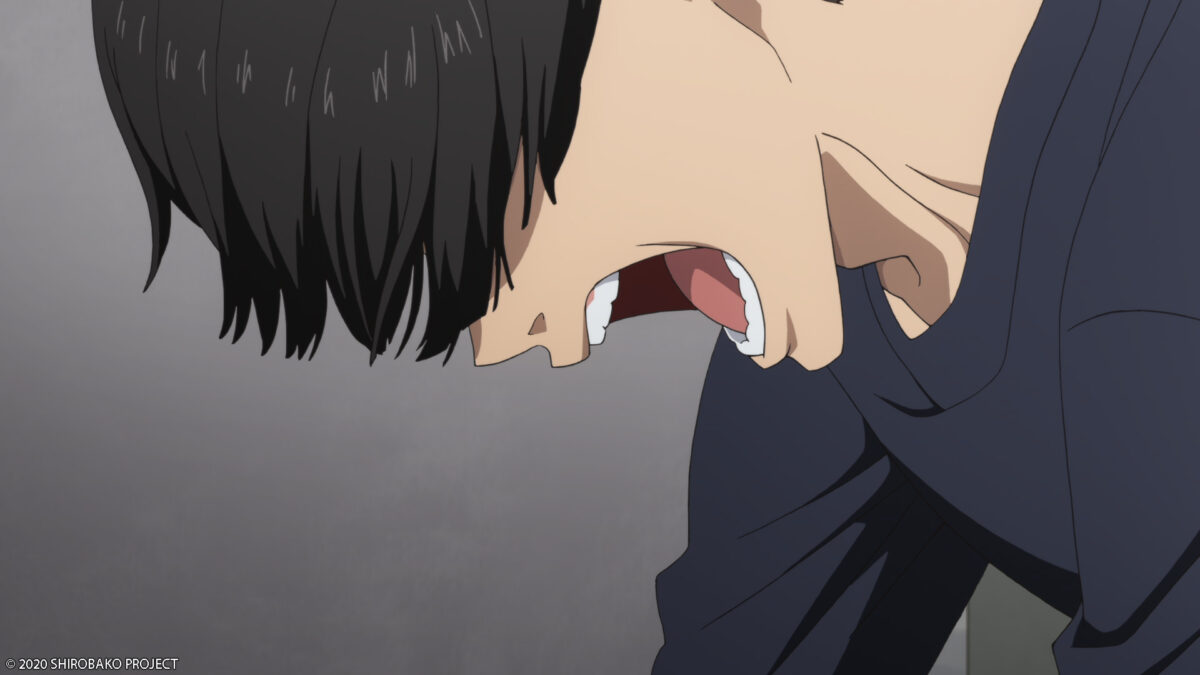 Creativity is difficult, not just from a writer’s block perspective, but because there are so many unaccounted variables that can knock you flat on your ass. People take you for granted, place unrealistic expectations on you, assume that you’ll work for peanuts just to get your work out there, and overwork you to the point of you having to decide if you should send your work out just to get it done or push through fatigue to make it better. Anime is kinda notorious for doing these things, but really, all creative industries are guilty of this in some way, shape, or form.

SHIROBAKO the Movie shows all of that, but it also remembers that it’s anime and has cute, silly moments that you’d only see an anime do. Only in anime would you see a girl working through her thoughts by talking to stuffed toys that come to life, leading to a music performance that pays tribute to different styles of animation. Aoi, and everyone around her, show how they absolutely love the world of anime, but that doesn’t mean they don’t have moments where they need to get a strong drink.

SHIROBAKO the Movie will be in theaters on August 10. 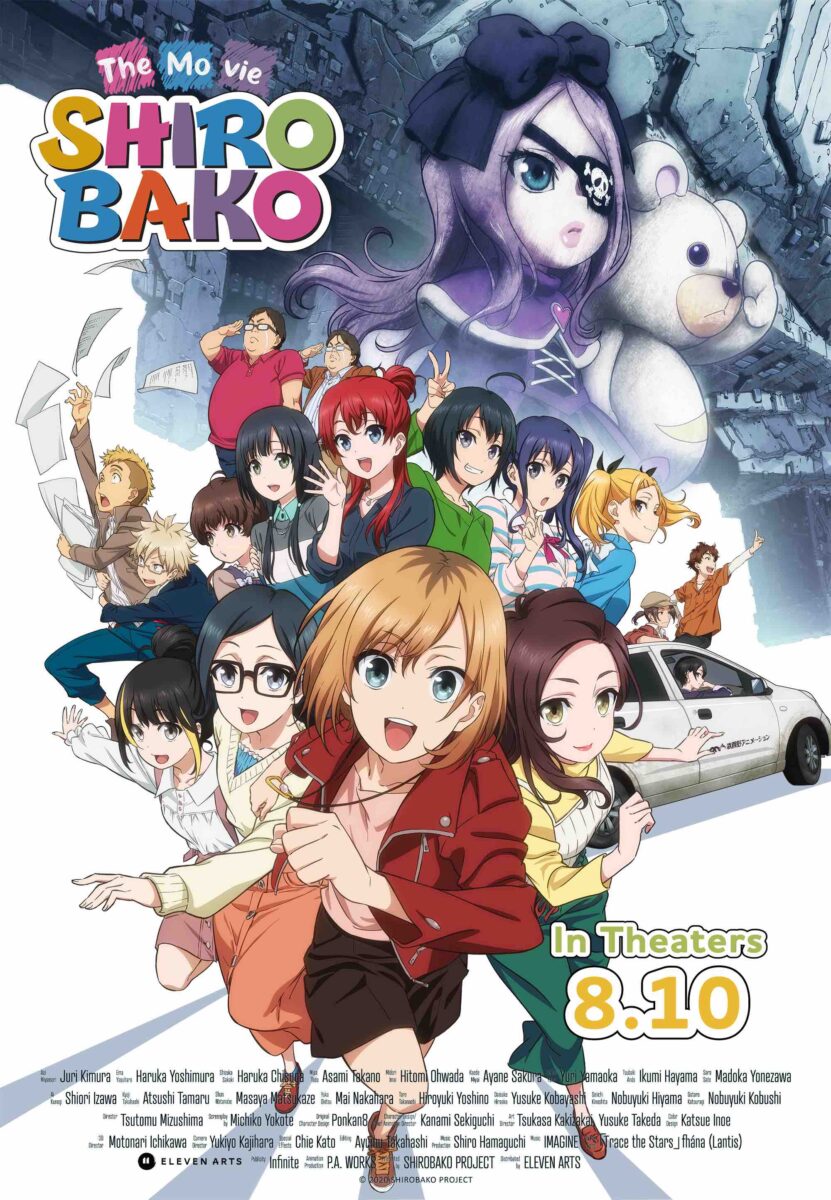