Photo From The Set Of S.H.I.E.L.D. Shows Strict Company Policies 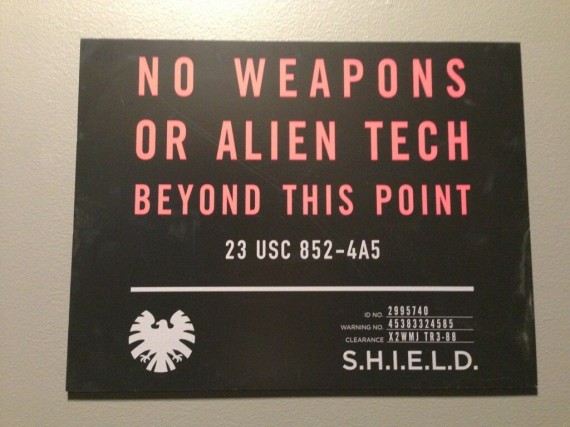 Lots of photos have been tweeted by the production crew of ABC’s S.H.I.E.L.D. pilot but this is the first that actually got me excited. It was tweeted by executive producer Maurissa Tancharoen as an FYI. My guess? This is the door to the bathroom.