Looks Like Captain America: The Winter Soldier Has Found Its Sharon Carter 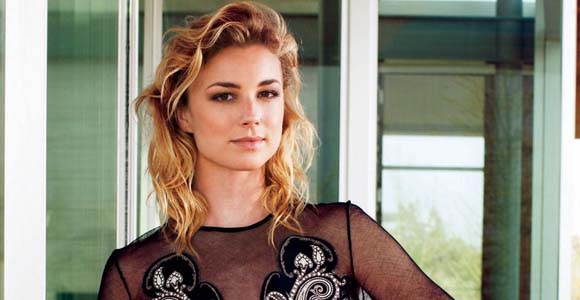 We were very sad to hear Hayley Atwell say she would not be reprising her role (or taking on another) in Marvel’s Captain America: The Winter Soldier but it looks like they may have finally found their female lead. Revenge actress Emily VanCamp is the one, but will she be cast as Sharon Carter or someone else?

Nothing has been set in stone at this point but all sources are saying the 26-year-old actress is in talks for the female lead. Everyone assumes that particular role will be comic book character Sharon Carter but that’s yet to be confirmed. Carter is the niece of Peggy and is meant to look a lot like her which is why many thought Atwell would be able to take part once again. But it looks like they went in a different direction for the character who’s a S.H.I.E.L.D. agent and goes by codename Agent 13.

Interestingly enough, VanCamp was not among the original three names we heard being thrown around for the role. Anna Kendrick, Imogen Poots, and Felicity Jones were being considered for Chris Evans’ love interest in the sequel. Cobie Smulders will be making an appearance and rumors persist Scarlett Johansson will also appear as Black Widow.

VanCamp has had a lot of television luck with long-time roles on Everwood, Brothers & Sisters, and most recently, ABC’s Revenge. What do you think of her playing Sharon Carter?