You Can Buy A S.H.I.E.L.D. Vehicle From The Avengers On Ebay 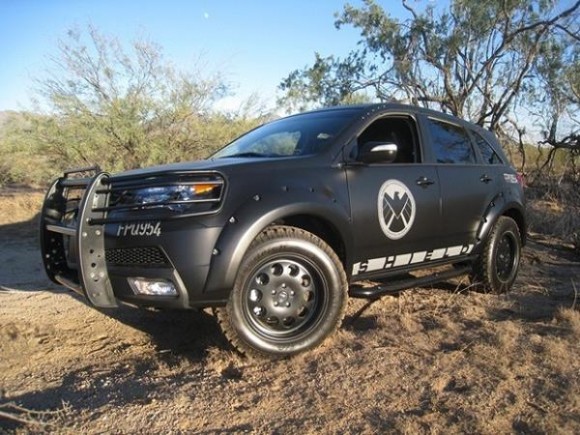 How would you like to wake up Christmas day to find this pretty thing wrapped in a giant red bow in your driveway? The dream could become a reality as the Scottsdale Motor Company is selling it on Ebay. They write, “This 2011 Acura MDX is a true collector car! This beast is from the movie The Avengers! This S.H.I.E.L.D MDX was custom built especially for this movie. There were only 10 made! Not only is this SUV loaded with factory options but it also comes equipped with the S.H.I.E.L.D build options.” I’ll be honest, if I was in the market for a new car, I’d seriously consider this. Because seriously, it’s a relatively new car, filled with good stuff, and painted to make you look like a S.H.I.E.L.D. Agent. You could roll up anywhere and not get a ticket. Ok, that’s probably not true, but you will look like a boss. The “buy it now” price is $42,900 and bids are up to $22,100 with their reserve not yet met.