The Evolution of Sherlock Holmes Ranked by How Hot He Is

Sherlock Holmes has always been a babe. I was saddened when some people took to Twitter to share their dismay at Henry Cavill’s appearance as Sherlock Holmes in the upcoming Enola Holmes movie. It had nothing to do with his performance—which we have not seen yet, and is probably charming—but there seemed to be a general consensus that he did not look the part as expected. Twitter users were dubbing him “swole” Sherlock and talking about how it was strange for Sherlock to be that hot.

Well, my little chickies, I’m here to tell you that depictions of Sherlock Holmes in movies and on TV have always been hot. Even Sherlock Gnomes is fine. So let’s take a look at the film and television versions of Sherlock Holmes and track his evolution in hotness, so that we might better understand how we ended up with Benedict Cumberbatch, Robert Downey Jr., and, of course, Greek god himself Henry Cavill.

If we wanted to go back to Sherlock’s first appearance on film at all, we’d have to go back to a reel created in 1900. Instead, I’m going to limit this from talkies on. Because it is on record that Sherlock Holmes is the most prolific character in cinema—but he’s also had quite the journey from hot to hotter to Cavill. So, let’s unpack it. 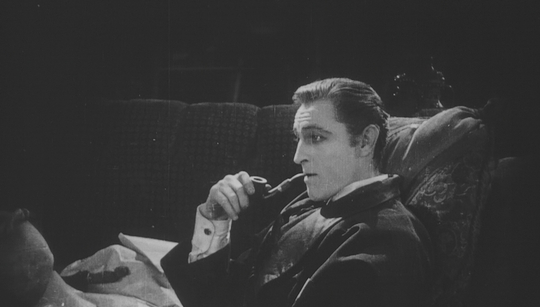 First, hot, right? Second, I love that one of the very first actors to play Sherlock Holmes on the big screen was an American, because like many a great fictional character, Sherlock Holmes is British and resides in London. But that’s neither here nor there. We’re talking about hotness. So, looking at Barrymore, already Sherlock is … very attractive.

Barrymore is quite the picture of the literary Sherlock as first described by Sir Arthur Conan Doyle in A Study in Scarlet. Watson observes of his new roommate:

His very person and appearance were such as to strike the attention of the most casual observer. In height he was rather over six feet, and so excessively lean that he seemed to be considerably taller. His eyes were sharp and piercing, save during those intervals of torpor to which I have alluded; and his thin, hawk-like nose gave his whole expression an air of alertness and decision. His chin, too, had the prominence and squareness which mark the man of determination.

Barrymore embodies the “lean, angular” literary Holmes to a T. Part of the attraction to Sherlock Holmes as a character is his intelligence, but he also has a rather striking and … mysterious quality about him—maybe those “intervals of torpor” Watson describes that so influence future incarnations of the character.

My problem with the current criticism is that I don’t understand why people are suddenly mad that Sherlock Holmes is being depicted by Henry Cavill. Because yes, even though Cavill is broadly muscular, Sherlock Holmes is a bare-knuckle fighter and very physical, so … it’s not outside of his character possibilities either. Cavill seems to check the other literary Sherlock boxes, with a towering height, striking looks and a strong jaw.

But continuing on in the conversation of Hot Sherlock’s evolution, let’s take a look at Basil Rathbone. 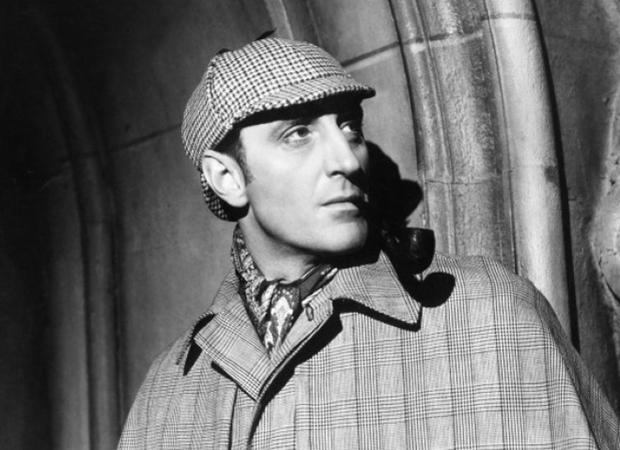 Playing Sherlock Holmes in the classic film series, which included a movie based on the Hounds of Baskerville, Rathbone not only harkens back to the same literary Sherlock but is the definition of classically handsome. Sherlock Holmes is more of a vibe than he is a specific type, but that vibe also leans into certain kinds of tall men with chiseled jaws.

Sherlock Holmes is a man who thinks and feels too much (contrary to the Conan Doyle Estate’s silly lawsuit against Enola Holmes) and doesn’t always know how to handle everything that runs through his brilliant mind—he’s extremely excitable, especially when he’s on a case. I guess one of the reasons I find him so attractive is that I probably think I can help him in some way. This is my burden.

But c’mon, folks, even animated versions of the character are … unfortunately hot?

“Basil of Baker Street,” the brilliant mouse based on the character in The Great Mouse Detective (and an homage to Rathbone) is pretty good looking … for a mouse. 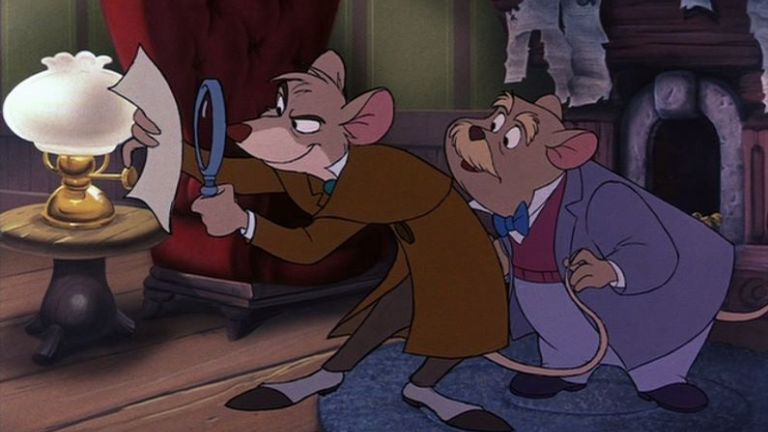 And if we were to get into characters simply “inspired” by the stories of Sherlock Holmes, then we have to address how hot Hugh Laurie is on House and many, many other Sherlock-adjacent characters. You end up in a wormhole of attractive men who are detectives/doctors/androids and/or extremely intelligent. There are actors like Tom Baker and Clive Brook, where Sherlock Holmes was a man of arched eyebrows and one we definitely wanted to get to know better.

But then in came the modern era of this brilliant man and look, it got next-level hot. Starting with Guy Richie’s action-packed take on Sherlock Holmes in 2009.

Is it because his Sherlock Holmes was Robert Downey Jr. who can bare-knuckle fight? Or just because it ushered in a gritty era of the famous consulting detective? Whatever the case is, Robert Downey Jr. as Sherlock Holmes is probably my favorite modern screen version, because the creatives managed to grasp the nature of Sherlock while still making his adventures fun and exciting for modern viewers.

But then there is the further modernization of modern-era Sherlock, which set Sherlock Holmes in the current day. And while I don’t think this always works as well narratively, because modern Sherlock is often depicted as more rude and antisocial, with no time for anyone except Watson, I will say that both the modern versions are … really hot.

First, there is Benedict Cumberbatch.

And then there is tattooed Jonny Lee Miller.

Both Cumberbatch and Miller may indeed be on the tall, leaner side of Holmes depictions, but both are extremely attractive men. I’ve not seem either called out for not looking Holmesian enough. The modern versions certainly extrapolate from the original text and change the character quite a bit—Enola Holmes should be allowed to play around with Sherlock too. It seems like most of the kerfuffle over Cavill is rooted in the fact that he still has his superhero/Witcher physique. Considering we can safely depict Sherlock across actors, species, and even robots, it seems strange that this would be the tipping point.

All this to say that Henry Cavill being “too” muscular or “too” hot to play Sherlock doesn’t really sit well with me, because there has always been something about Sherlock Holmes that is attractive. From his first appearance on the page to his first screen incarnations and onwards, he’s been the most compelling figure of them all to watch.

Also, let’s just take a look at Cavill’s curls for a moment. 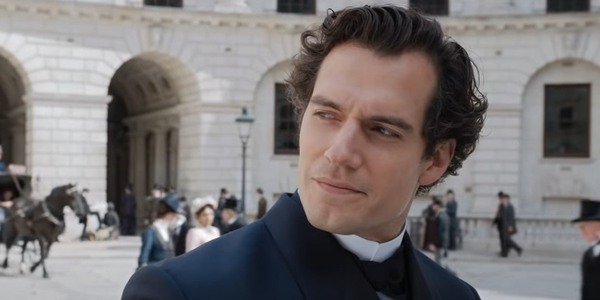 So let Sherlock Holmes be Henry Cavill-level attractive. I’m here for it, I’m ready, there’s precedent, and I also won’t mind staring at Henry Cavill in those finely tailored waistcoats for two+ hours in Enola Holmes. If we do want to talk about a character suddenly being rather more attractive than commonly depicted, however, we can talk about Sam Claflin playing Mycroft Holmes in this movie because that I do not need.