How Watching “Shelter” Every Day Helped Me Fight Depression

Maybe it can help you, too. 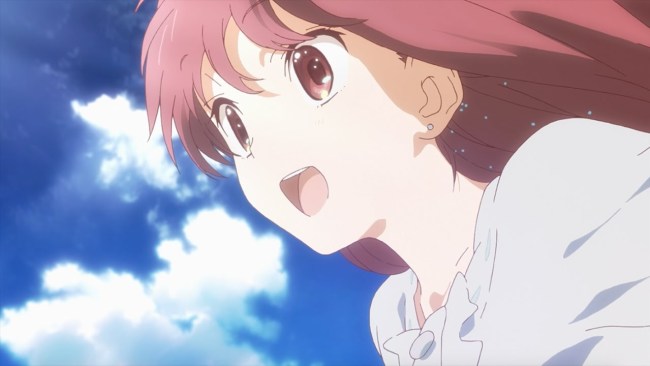 A friend once told me that no matter how smart or culturally aware you are, you can never really find the words to describe what depression feels like. That’s true, even now, as I attempt to find the right words to convince readers that I, too, suffer from depression and am qualified to write this. The best way I can describe it is that sometimes, more often than I’d like, I just don’t want to live.

I don’t want to kill myself, per se, I just don’t want to exist on a cruel, seemingly hopeless planet alongside the destructive and wildly selfish human race. I try, as most do, to make the pain go away, and for me that looks like watching TV shows and playing video games that inspire me. Sometimes they work, but only a few are able to leave a lasting impact. Usually, I steer clear of popular, mainstream media, so imagine my surprise when I found myself mesmerized by a viral, six-minute, anime-style music video that blew up on YouTube a few months back.

With almost 15 million views at the time of this article, Shelter has made an undeniable impact as far as the Internet is concerned—as this is the same Internet where GoFundMe’s are lucky to get $1, no one likes your new page on Facebook or your meme on Twitter, and the Instagram photos of prospective “style bloggers” go unnoticed despite the 20-some hashtags. Surely, though, Shelter exists above views, comments, and what other people think, or, at least, in my mind it does. Without ever planning on it, the video became one of my strongest supports when I felt like giving up.

‘What makes Shelter special, and what could it possibly do for me,’ you might be wondering in not those exact words. And you’re right to be skeptical. Why should anyone care about my depression? I don’t have an answer. Maybe you shouldn’t care. But I speak up because I feel like I can help because I’m hopeless. I’m terrible at committing to self-care, my entire day can be consumed by one, tiny thing, I overthink absolutely everything, and I push myself entirely too hard and yet still think I’m not doing enough. I practically resist healing and help just by existing, so what I’m trying to say is that if Shelter can help me, it can probably help you, even if only a little bit.

Now that we’ve talked way more than enough about me, let’s talk about what makes Shelter so special. For the purposes of this article, I’ll only be talking about the Shelter short film, from A-1 Pictures and Crunchyroll.

The video opens on a 17-year-old girl named Rin, floating deep beneath the water’s surface. This is a common representation of depression as it is able to simultaneously depict isolation and breathlessness. Flash forward a few seconds, and we see her waking up in her big, pillow-heaven bed. She immediately looks to her tablet, hoping that a message will be waiting for her this morning, only, there’s not, and hasn’t been one for a really long time.

Rin says it best in the beginning of the video, when she transitioned from the dark to her bedroom. “Maybe I forgot… how to think at all.” Depression is so often made worse by our thoughts and habits (or lack thereof), some of which are almost second-nature to people at this point.

For many, it can look like this: We remember the bad times more than the good times. We go through the motions and allow or wait for life to happen to us. We find it difficult to hold onto positive feelings, to keep them from slipping through our fingers because they’re not solid things we can see or touch.

It’s no one’s fault. Sometimes that’s just how it is. But this, thinking about how we think, is the core of Shelter because no actual changes occur in Rin’s reality, but her attitude is still able to transform everything.

Shelter, with all the sounds and visuals, is little more than a character study. Sure, it’s a story about a girl living inside a computer program while floating away in deep space after her planet was presumably destroyed, but really all of that is a backdrop to the actual story which is a girl confronting her despair and solitude. She uses creativity to survive and it works for some time, but eventually, the bad things catch up, as they always do.

The confrontation for Rin begins when the song does. She doesn’t want to be alone. She wants companionship, interaction, anything. We all do, to an extent. No one truly wants to be alone. We see Rin smiling, running across grassy fields having fun. We see Rin, sleepless in bed, a blank look on her face. We see what people often fear to acknowledge about depression… that it lives and breathes in us, that one can be happy and depressed and that one can participate in life and still be depressed. Shelter says volumes, possibly without ever meaning to, but it’s when Rin’s world starts to fall apart that we really see the essence of the short film.

We’re all waiting for a message, like Rin. We never know when or if it will come because that’s just how life goes. Pain doesn’t mean life is over or not worth living. Shelter won’t make your depression or the terrible realities of the world go away. The video itself doesn’t even answer Rin’s problems, but that’s what makes it extraordinary. It’d be one thing if Rin found her father or other friends, and everything was all better, but to see her still able to believe, heartbroken, lonely, and afraid, without confirmation of anything is… beyond words.

I don’t watch Shelter once every day for answers. I watch it because it reminds me not to quit.

Jayson Flores is the founder & editor of Gay on a Budget, Aries/Taurus cusp, bigender, Latinx, vegan, femme person, and the biggest Buffy fan you know. Now writing for Bustle, RESIST, and PRIDE. Also, a columnist and Assistant Editor at The Rumpus and creator of another newsletter called The Billions Unheard.  Just wants to make people feel less lonely in the world and save all the animals. Follow them on Twitter @gayonabudget.