She-Ra Season Two Shines by Focusing on the Baddies 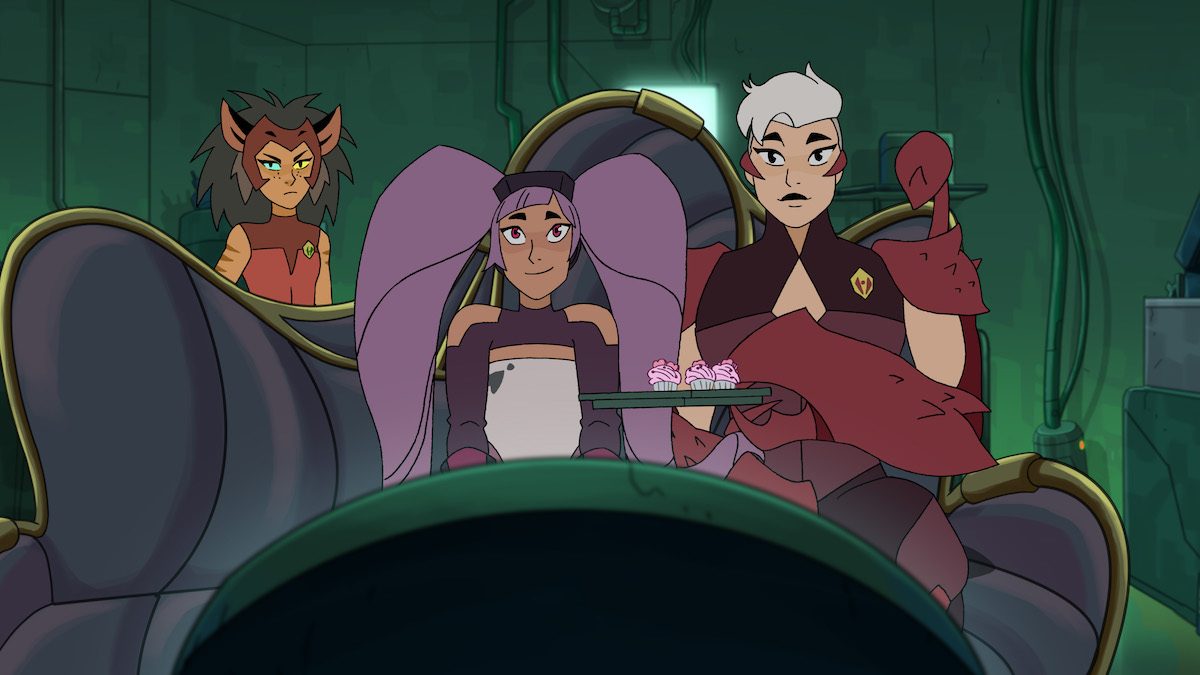 The first season of She-Ra: Princesses of Power managed to be a lot of things. It was a super-fun animated adventure romp, a very modern story of female empowerment, an exploration of jealousy and struggles with self-esteem, and a tribute to the healing power of friendship. Noelle Stevenson’s adaptation played well off of its 80s source material but stood alone as something wholly unique. Season Two zooms in on the Horde.

Season Two, which is now available on Netflix, is only a brief seven episodes. Like season one, its overall narrative arc has trouble fully gelling. The biggest throughline is Adora’s journey to fully mastering her powers, but, as in season one, it’s the individual characters’ smaller arcs and their interpersonal relationships that make the show what it is. And this season, the most interesting of those stories come from the dark side of Etheria.

This season focuses heavily on Entrapta, who was kidnapped by the Horde in season one and presumed dead by her fellow Princesses. Her journey is absolutely fascinating. In the original She-Ra, Entrapta was a full-on bad guy. Now, even though she works for and with the Horde, she doesn’t consider herself a villain. She’s just excited to be in a place where she has an opportunity to dive deep into her scientific research, and science doesn’t take a side.

Not only does Entrapta give some kickass representation for girls and women in STEM fields (seriously, no one on the show is more passionate about anything than Entrapta is for data), but her story also raises some deep questions regarding issues of scientific ethics.

Scorpia also gets her due this season. The Princess-turned-Horde who invited Catra as her plus-one to the Princess Ball last season still has some majorly unrequited feelings for Catra. Those feelings are framed as a longing for a BFF, but as with much of season one, the feelings between these girls are so strong and their relationships so complex that there’s plenty of room for romantic shipping without the queer coding feeling like mere lip service. (And we do see even more canonically LGBT characters introduced later on this season.) Does Scorpia want Catra to be her best friend or something more? It’s totally open to interpretation, but her longing is visceral and deeply sad either way.

Season one went deep and dark with the lifelong jealousy and competition that plagued Adora and Catra’s friendship. Now Scorpia finds herself the third wheel in that fraught friendship-triangle. The relationship between Catra and Adora takes a backseat this season, and while I did want that story to develop further, Scorpia’s melancholy journey is a solid stand-in.

Season one deliberately approached Catra’s story with just as much empathy as Adora’s and that decision essentially made the show what it is. This season goes far to give humanity and nuance to the rest of the show’s baddies. Even the cruel and manipulative Shadow Weaver, the former second-in-command of the Horde, gets a deep dive into her backstory. And Adora finds herself struggling to avoid succumbing to the sort of darkness that overcame her predecessor, Mara.

None of that is to say that the season doesn’t have lightness—it may be exploring these characters’ dark sides but it’s just as fun and funny as season one. And Bow, Glimmer, and the rest of the Princesses aren’t pushed entirely to the sidelines. The season’s best episode, hands down, is a Dungeons and Dragons-inspired strategy session as they plan their big attack on the Horde that’s both a lot of fun and gives us a look at the cracks in Adora’s leadership abilities.

Season two of She-Ra may lack a strong throughline and it may end too soon (its ending feels more like a mid-season break than an actual finale), but it is a beautiful collection of smaller stories and individual moments and ends up being just as enjoyable as season one. Hopefully, this show will be on for many seasons, and if it’s taking its time finding its exact groove, that’s perfectly fine.

bad guysNetflixShe-Ra and the Princesses of Power