Disney+ is bringing even more Marvel content to their new streaming service. 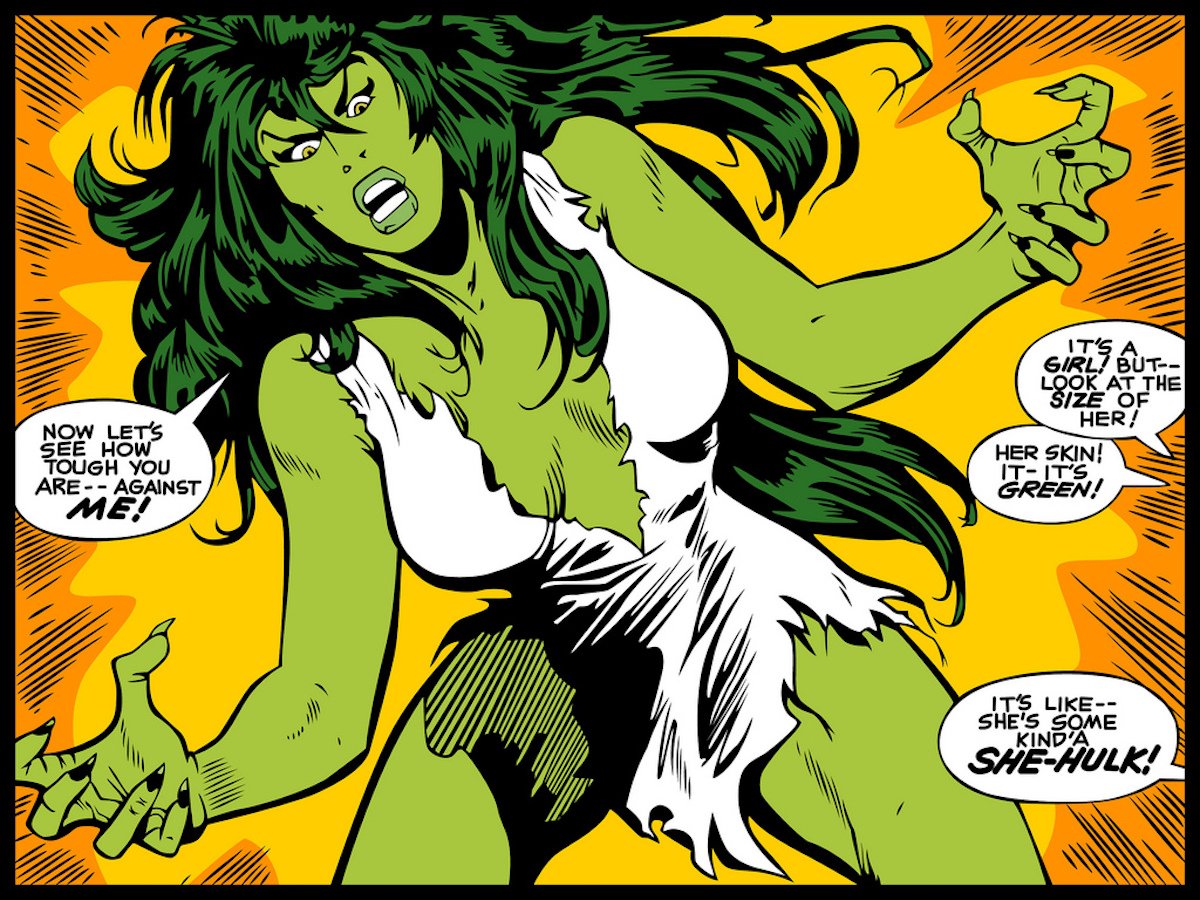 Disney’s D23 Expo always brings it with the announcements, but with the streaming service Disney+ launching in November, the studio is rolling out a mind-boggling amount of new content. And, to no one’s surprise, Marvel is dominating the expo, introducing a smorgasbord of new projects. We’ve already talked about the highly anticipated Ms. Marvel series, from British writer Bisha K. Ali. Let’s take a look at what else is coming to Disney+:

Ms. Marvel, Moon Knight and She Hulk are coming.. pic.twitter.com/ywZMofbiEA

I’m pretty excited that we’re finally getting a She-Hulk series, which will presumably follow attorney Jennifer Walters who gains Hulk powers after a blood transfusion from her cousin Bruce Banner. Walters is a beloved character, and is long overdue to make her appearance in the MCU. While there are little to no details about either show, it will be interesting to see how much the series focuses on Walters defending her fellow superhero clients vs. fighting crime.

Similarly, we don’t know much about Moon Knight, but we can assume it follows mercenary Marc Spector, who is granted super powers from ancient Egyptian god Khonshu. While there are no casting announcements at this time, folks are already speculating on who will play the hero with multiple personalities and alter egos.

Kit Harington, aka Jon Snow always and forever, is set to make his debut in the MCU … but who will he be playing? It’s been confirmed that Harington will join fellow Game of Thrones alum Richard Madden in The Eternals as Dane Whitman/The Black Knight.

Joining him will be Gemma Chan as Sersi, which I’m delighted by, as the Crazy Rich Asians star was largely wasted as Minn-Erva in Captain Marvel.

We’re also set to see some MCU faves return to the fold. Kat Dennings will reprise her role as wise-cracking sidekick Darcy Lewis in WandaVision, who we haven’t seen since Thor: The Dark World. Joining her will be Randall Park, reprising his Ant-Man and the Wasp role as FBI agent/Scott Lang’s parole officer Jimmy Woo. Also joining the series is Kathryn Hahn (Transparent), who will play a “noisy neighbor”. It’s a strong comedic supporting cast for the series, which is described as “half classic sitcom, half MCU spectacular”.

Other new faces include Wyatt Russell (Lodge 49), who will play Agent John Walker in The Falcon and the Winter Soldier. He will be joining previously announced cast members Emily Van Camp (Sharon Carter) and Daniel Bruhl (Zemo).

Finally, in news we already knew, Black Panther 2 is not only coming, but it has an official release date of May 6th, 2022. Ryan Coogler will be back to write and direct the sequel:

We’ll be sure to keep you updated as news drops! In the meantime, who do you want to play She-Hulk and Moon Knight? Let the fan casting begin!