Mean, Green, and Unseen: Why She-Hulk Should Get Her Own Movie Universe 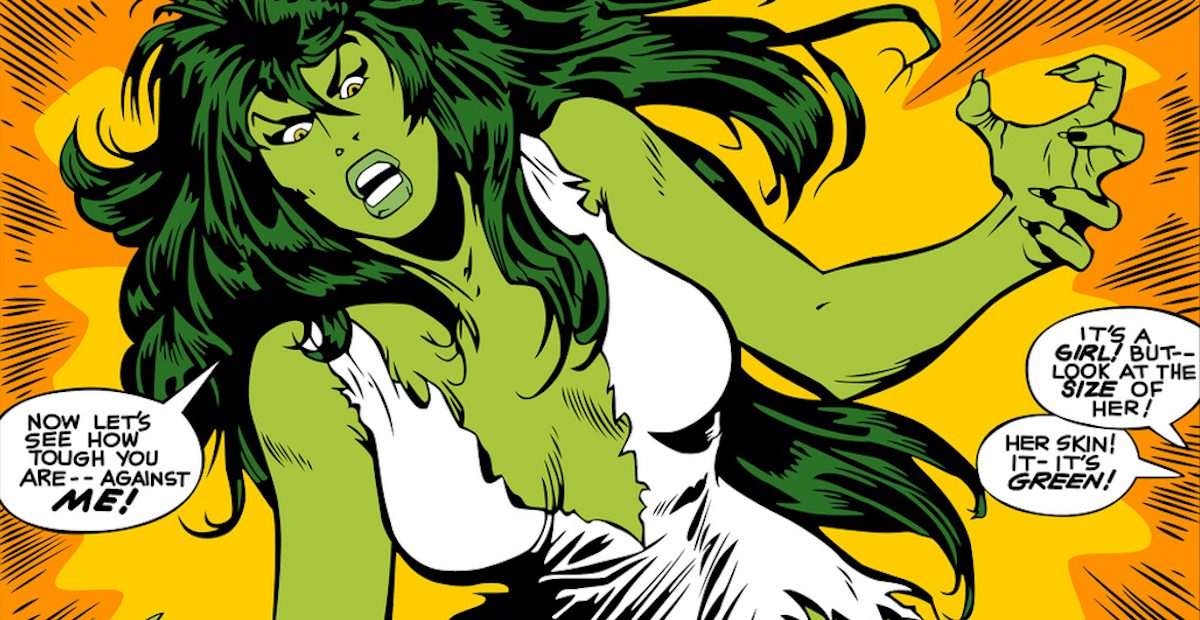 As it stands, three studios—Marvel, Sony, and Universal—collectively own the vast pantheon of Marvel Comics characters. While Marvel Studios’ Marvel Cinematic Universe boasts the lion’s share, other universes are on the rise. Last year, Sony Pictures leapt into the Spider-verse (sans Spider-Man) with the critically panned but lucrative Venom. In addition to a planned Venom sequel and a Morbius movie, Black Cat and Kraven the Hunter are also in the works. Only time will tell whether the trajectory of Sony’s Marvel Comic Universe will mirror that of the MCU or the troubled DC Universe, but Sony’s not giving up any time soon.

The smallest seat at the Marvel character table is Universal Pictures. Its teeny tiny slice of the pie, most of which is on loan to the MCU, is the Hulk mini-verse, and She-Hulk deserves to lead it. 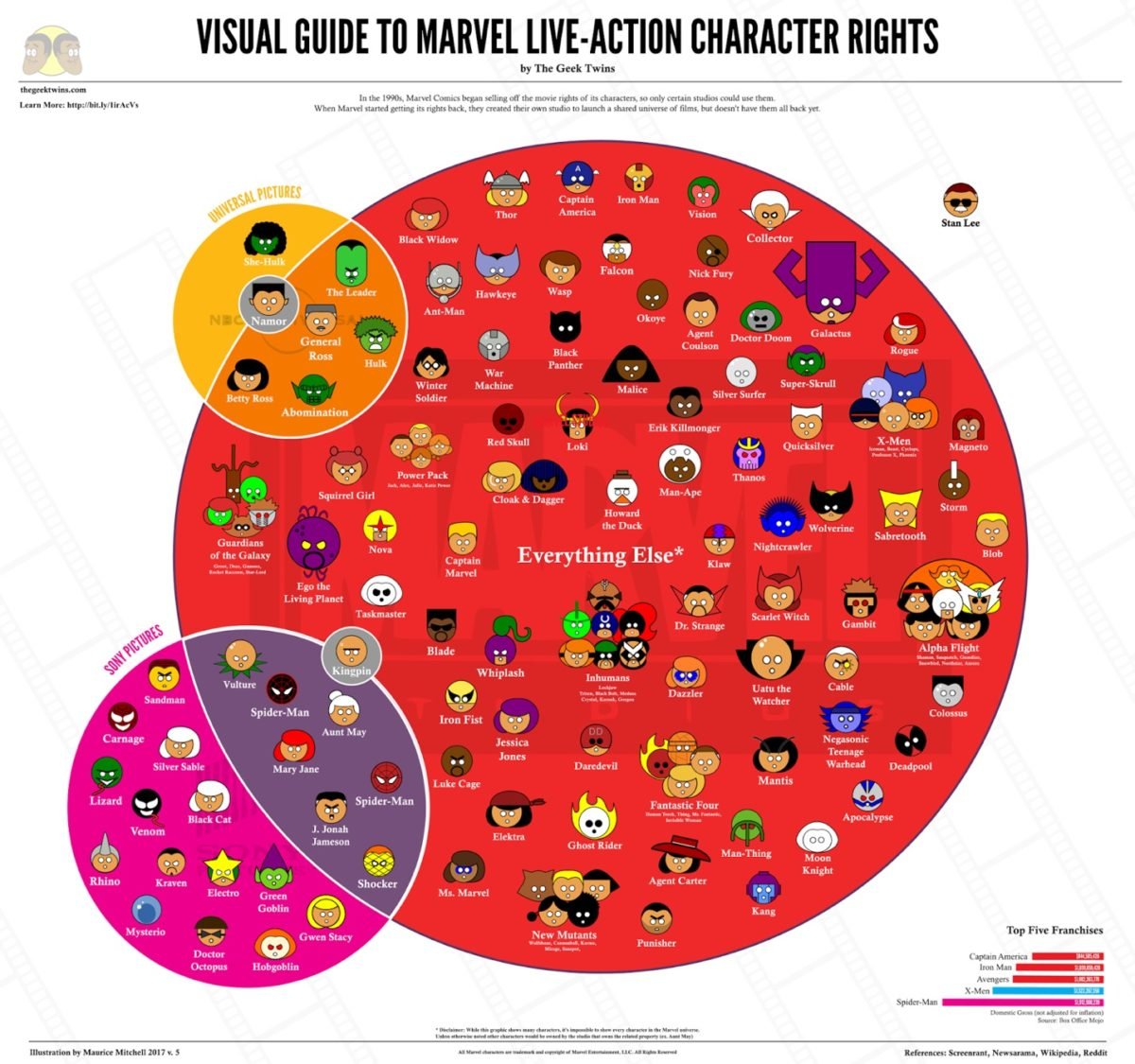 At a glance, it’s easy to see why Universal hasn’t done much with Hulk-related properties. For one, the Hulk has had a long and turbulent ride. It was only after two dumpster fire movies that Mark Ruffalo Ruffaloed his way into our hearts with his geeky, spacey, smash-y Bruce Banner and Big Green Guy. Beyond his life-changing accident, the Hulk’s backstory largely didn’t follow him to the MCU. Betty Ross who?

But no omission is more conspicuous than that of She-Hulk, a.k.a. attorney Jennifer Walters. After a predictably ill-fated blood transfusion from her cousin, Bruce Banner, the comic book version of She-Hulk/Walters ends up doing some pretty intense superheroing. She joins the Avengers, the Fantastic Four, Heroes for Hire, the Defenders, Shield—and even gets Morbius acquitted of mass murder. As a female superhero lawyer defending other superheroes, she works her butt off for justice.

… So all this She-Hulk coolness begs the question: Why the heck is everyone ignoring her in the movies?

Making a She-Hulk movie as the foundation of a mini-verse is actually easier than it sounds. Because of the Hulk’s aforementioned recent positive reception, anything green is likely to be a winner. What makes She-Hulk even better than the Hulk is the lack of polarity between her humanity and her greenness (and yes, there is a gray She-Hulk). Unlike her cousin (Endgame developments notwithstanding), Ms. Walters eventually chooses to permanently assume her green form. This conscious choice is both physical and mental, an adept tactic to gain respect in the courtroom and get results. A driven, green lady lawyer proud of her strength is feminism at its finest.

Thanks to the recent box office successes of leading female superheroes, She-Hulk isn’t shackled to a comparison with a male counterpart. Though Wonder Woman had Steve Trevor, she did fine for centuries without him. Similarly, Captain Marvel was more than capable of putting the pieces together and taking charge without a male superhero’s help.

But Captain Marvel, like most female superheroes to date, suffers from a serious problem: She’s pretty serious.

I defy you to think of a standalone female lead superhero in any ‘verse who exudes more humor than intensity. Wonder Woman, an immortal Amazon, rose out of the mist to fight World War I-era German soldiers. As delightfully complex as hard-drinking, same-outfit-wearing Jessica Jones is, PTSD haunts her. Black Widow, while refreshingly more fatale than femme, was still reduced to a controversial puddle in Age of Ultron that left many of us scratching our heads. Though Shuri and Valkyrie get some great lines in Black Panther and Thor: Ragnarok, they were there to move the plot along with the rest of the supporting characters.

She-Hulk is a great opportunity to flip the script and give female superheroes the comedic break they deserve. In the comics, Ms. Walters breaks the fourth wall on a routine basis. Given Deadpool’s great reception and its uniqueness, it’s probably safe to say that the meta approach still has some mileage left before it gets overdone.

Oh, and did I mention that She-Hulk’s villains are also gloriously zany? 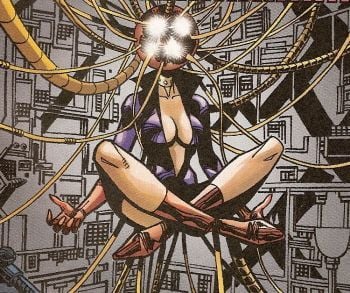 She has a round, red spherical head with projectile “arms” that grab foes. 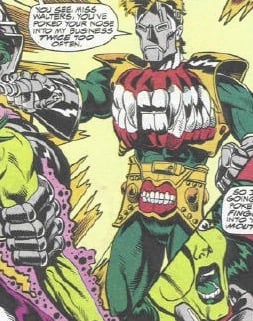 The fifth cousin of Doctor Doom, Bob is a maniacal dentist who controls people’s minds through nefarious tooth implants.

Considering that the MCU just tackled a supervillain who obliterated half the universe’s population, I don’t think they’ll be clamoring to cast diabolical dentists anytime soon. And worrying about what the MCU thinks is exactly why Universal needs to hurry up and make She-Hulk already. The acquisition of 20th Century Fox Marvel characters was a warning. The longer the little circle in the Marvel Venn diagram waits, the more likely it is to get absorbed than live on as its own thing.

For hardcore fans, integrating She-Hulk into the MCU might sound like a great idea. Considering the delay of Black Widow’s standalone film and the controversial wrap-up of her Endgame storyline, a female superhero movie untied to previous Marvel films is a great way to usher in Phase Four. It’s the palate cleanser we need after all that intensity.

But it’s precisely because we can’t trust Marvel with our female characters that we can’t let this happen. It took them a full decade into the entire MCU to give a woman her own movie—and that woman wasn’t even one of the original Avengers. Though the MCU landscape looks brighter for female superheroes, I won’t believe their commitment until I get my Black Widow movie.

The thing I fear the most about the MCU sinking its claws into She-Hulk, though, is that her potential value beyond the humor will be erased. As an attorney, Ms. Walters’ character can address issues of social justice that should be as much a part of the superhero world as they are the real one. Jennifer Walters can be a warrior, a fighter, and a reminder to stand up for what’s right. She can be everything that makes women great.

Beth Breitmaier (she/her) is a recovering goth kid whose dreams of marrying a (non-sparkly) vampire were soundly dashed. A latecomer to geekdom, she now writes for/plays RPGs and loves casting fireball a little too much. She also loves writing fanfiction for obscure TV shows and the three people who watched them. Four-dimensional villains and women in suits are her kryptonite.