Divergent's Shailene Woodley On Tris vs Katniss | The Mary Sue 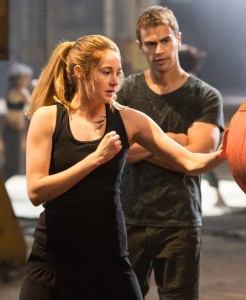 “If my character [from Divergent] and Katniss from The Hunger Games battled it out? I don’t know. I don’t feel like they would actually battle. I feel like it’d be like, ‘You’re a strong lady? I’m a strong lady, too. Let’s combine forces and bring it together.'”—Shailene Woodley in an interview with The Hollywood Reporter, providing us with the YA version of that time Amy Adams said she’d rather Lois Lane and Wonder Woman work together to get stuff done instead of fighting over some dude, y’know? Or when Jessica Chastain called out the media for perpetuating “the myth that women are competitive and cannot get along” when people were talking about a (made up) feud between her and Jennifer Lawrence. Ovaries before brovaries!