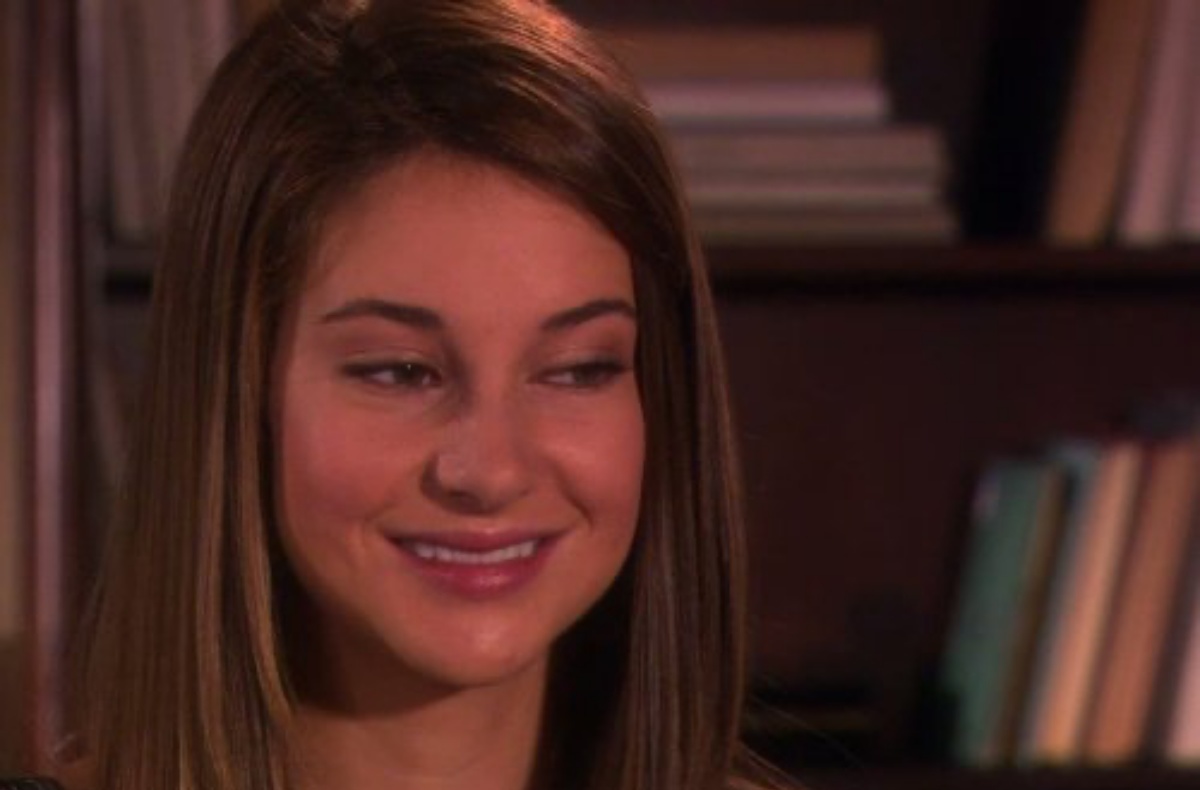 One of the oddest teen series I remember from my own teen years was The Secret Life of the American Teenager, which ran for five seasons on what was then ABC Family. It told the story of 15-year old Amy, played by Shailene Woodley, who gets pregnant at band camp and has to deal with trials of being a teenage mother. It was created by Brenda Hampton who was also responsible for 7th Heaven. So you can imagine how sex was handled in the show.

Woodley became a household name because of this show, but the actress admitted that she was not really happy about the way the series dealt with the issue of teenage sex.

In a revealing profile with Bustle, the 28-year-old actress spoke about how her Saturn year has been disrupted and talked openly about sex and sexuality, which for someone who made their big break on a show that was about teen sex, opened up some questions. For Woodley, when she signed in for Secret Life it had been after reading three episodes, but the contract was for six years. Those initial three episodes, in Woodley’s opinion, rang true to what she had seen in her real life.

“[Those episodes] all hit home,” she explained. “I had friends in high school who were pregnant. It felt like everything that I wanted to be sending into the world.”

Yet as the show continued, it took on a pro-abstinence message in which characters” wore promise rings, vowed to save themselves until marriage, and shamed those who engaged in intercourse.” The character of Amy was not the sympathetic character that would give representation to her peers as Woodley thought. Yet she, and many other cast members, were stuck.

“There were a lot of things that were written into the scripts that not just me, but a lot of the cast, disagreed with,” Woodley says. “There were belief systems that were pushed that were different than my own. Yet legally I was stuck there. To this day it’s one of the hardest things I’ve ever had to do. So being on Secret Life propelled me to be more vocal about my own belief systems.”

What is so troubling about this for me is that as a teenager, who already was getting a poor sex education because of all my years of Catholic school, there was never a good balance in the messages around teen sexuality. “Losing your virginity” was always treated with such weight, but then casual sex right after was the norm. STDs only came up to highlight a moral failure or to scare people, rather than it being a relatively normal part. While ideally, people shouldn’t get their only sex education from television (or fanfiction), shows that are for teens should—at the very least—not shame them for sex or present only one way of sexual health to be accurate.

Thankfully, we have somewhat evolved since then in terms of teen dramas, but it still matters how we tackle these issues because there should be a balance between abstinence and the hypersexualization of teens. Oh wait, it’s called Sex Education.