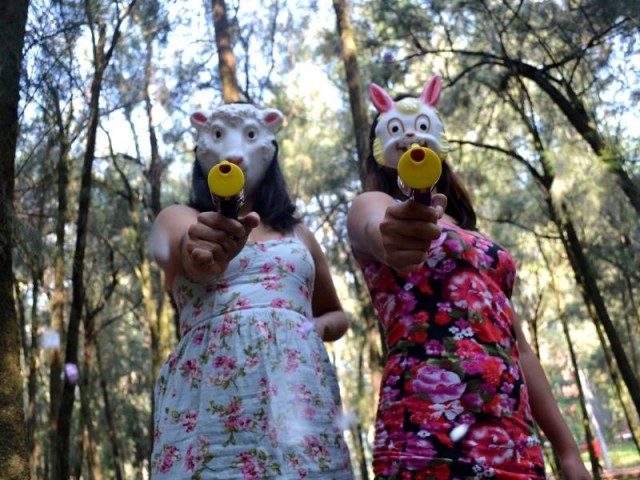 Like Pussy Riot in Russia, Las Hijas de Violencia (The Daughters of Violence) in Mexico are a feminist arts collective that take on all manner of misogyny while rocking out. Earlier today, we shared a post with you from our friends at Runway Riot who posted an awesome mini-documentary on the group. While that mini-doc is going viral right now, the song used in it – “Sexista Punk” – was released in the fall of last year, and these ladies have been going strong since 2014.

Check out the original video for “Sexista Punk!”

Sadly, I haven’t been able to find an English translation of the lyrics, and while I do speak fluent Spanish, my translating skills are crap. If anyone would like to help out, please feel free to do so in the comments below!