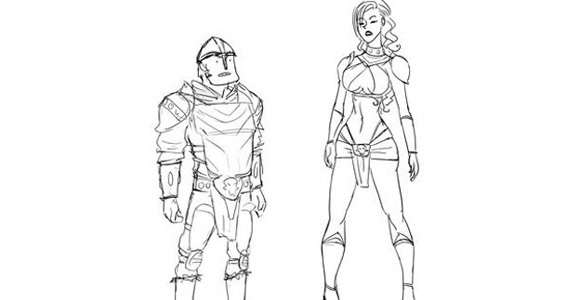 Have you ever started putting together your character for a game, flipped through the possible choices, landed on the (most likely lone) female and gone, “WHY ISN’T SHE WEARING ANY CLOTHES?!?” If so, the following illustration, by Redditor stareattheart is for you. I’d say to be fair there should be one more “Yes” image with the man in the skimpy outfit and the woman in the full armor but when does that actually happen, right? Are there games where the female player characters aren’t treated this way? Sure. But Mass Effect and modern World of Warcraft are the only two that immediately come to mind.

Not a set rule for the entire video game industry of course but this image sure does make me shake my head for truth and frustration. However, this Reddit comment made me chuckle, “That settles it: all RPGs from henceforth shall make everyone naked. Everyone.”