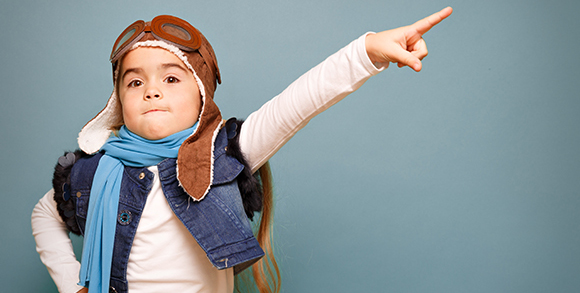 Capt. Carey Smith Steacy: “Oh no! All this time I thought I being a woman had no impact on whether or not I can, or should, be a pilot! Thank you for disabusing me of this notion of equality. What a silly female am I. *jumps out of the plane*” The above note was left for Captain Steacy on a flight from Calgary to Victoria. All we know about the writer is that his name is David and that he’s a time traveller from the 1950s. Oh, and he’s outrageously sexist. Reads the note:

To Capt./Westjet The cockpit of an airliner is no place for a woman. A woman being a mother is the most honor, not as “captain.” Proverbs 31. We’re short on mothers, not pilots Westjet. (Sorry not P.C.) PS I wish Westjet could tell me a fair lady is at the helm so I can book another flight! In the end this is all mere vanity… [drawing of male and female stick figures] Not impressed[.] respectfully in love, David”

Thing #4 we know about David—he’s angry that his fedora was crushed in the overhead bin. That’s what I’m supposed to take from the way he condescendingly refers to Captain Steacy as a “fair lady,” right? So many things wrong with this note. It’s infuriating, but it’s also kind of hilarious. I want David and the newspaper editor who slammed female-starring movies as part of “the hollywood agenda of glorifying degenerate power women and promoting as natural the weakling, hyena -like men, cum eunuchs” to hang out. Remember that? Good times. Captain Steacy, a mother of two (and a pilot, oh my goodness) posted the note to Facebook with her refutation:

“I respectfully disagree with your opinion that the ‘cockpit,’ (we now call it the flight deck as no cocks are required), is no place for a lady. In fact, there are no places that are not for ladies anymore… You were more than welcome to deplane when you heard I was a ‘fair lady.’ You have that right. Funny, we all, us humans, have the same rights in this great free country of ours. Now, back to my most important role, being a mother.”

She said to CTV Vancouver that, while her profession comes as a shock to some people, “I have to think [David’s stance is] very much an uncommon opinion among the general public.” “Almost every day people I find are a little bit surprised,” she added, “and I think it’s just because women aren’t enrolling in flight schools—not because they’re not being hired, but because they’re not enrolling in it. Either it’s because they don’t think they can or they have been told that it’s not for women or that they can’t do it. And I just hope that that mindset can change, like it has in a lot of professions.”

CBCNews asked WestJet for an interview, but they declined on the grounds that they were too laughing their asses off while doing dramatic readings of David’s note in their headquarters. I assume, anyway. A spokesmen did note that “We have captains and first officers among our female pilots and always have since we launched in 1996.” (via Feministing, Metro; photo by YuryImaging via ShutterStock) Are you following The Mary Sue on Twitter, Facebook, Tumblr, Pinterest, & Google +?