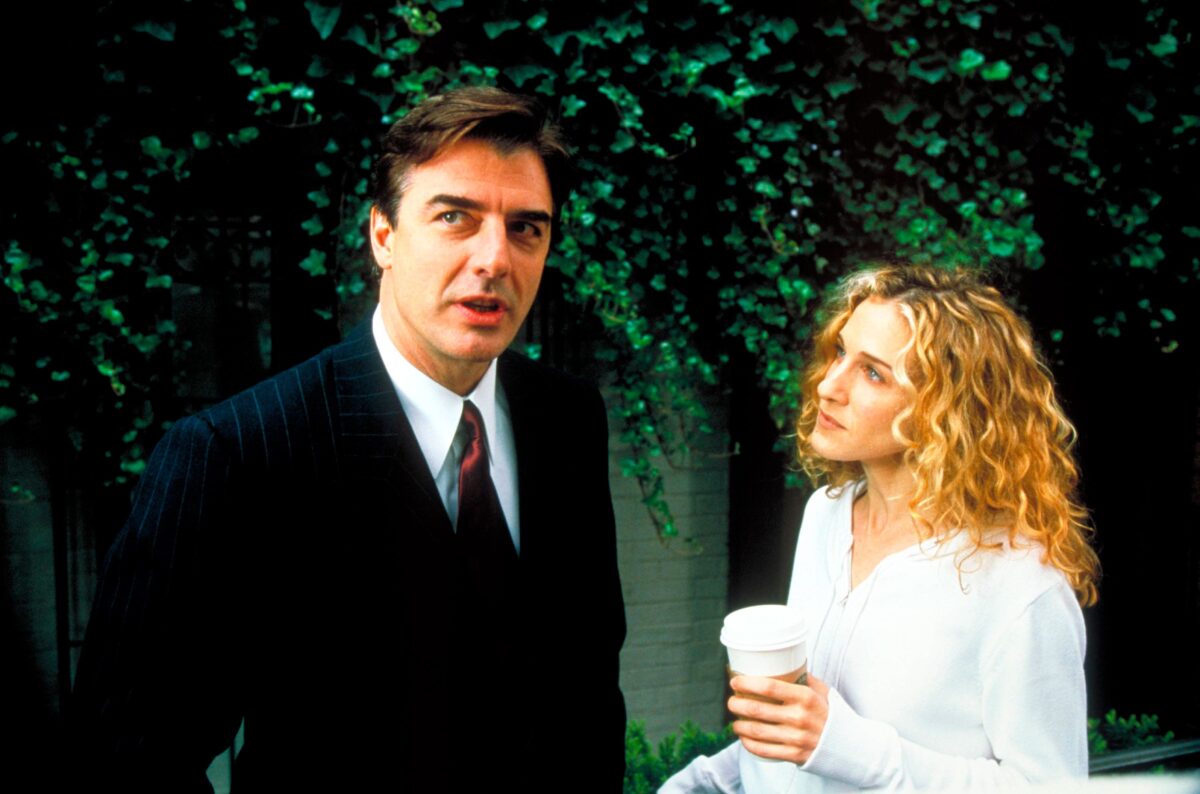 Today, Page Six revealed new plot details for And Just Like That…, the upcoming continuation of Sex and the City. Back in May, our Princess Weekes revealed the return of Chris Noth, a.k.a. Mr. “Carrie likes a Jazz Man” Big. Now? We know what’s going on between him and Carrie Bradshaw.

After six seasons of will they, won’t they, they did, they didn’t, they shouldn’t have but they did anyway, they didn’t—for real this time—then, you guessed it, oops I guess they did after all.

Carrie and Big are, apparently, in the middle of a messy divorce.

Page Six has learned from an exclusive glimpse at a script for the reboot that Carrie — now in her 50s and the host of a podcast — and Mr. Big appear to be over and fighting over finances in a plot familiar to many real-life Manhattan socialites.

Carrie tells them she isn’t in a good place: “I was taping the podcast, I was washing my hair. Yes, I wasn’t eating or sleeping, but at least I felt good about my marriage. Now I’m just one of the wives he was taking care of?”

Don’t quite know what to think about this.

While it’s true that we don’t know what their financial situation is (yet), if they are doing as well as they were before (or better), it seems odd to have two very successful, established people fighting over finances when they’ve got money to spare. But if they are having financial troubles, I would hope we’re past the point of Carrie gaslighting folks so they give her a loan to pay her rent (or rather, gaslighting folks because they didn’t offer to give her a loan she wasn’t going to take, she just wanted the offer to be made, but she takes it in the end because Charlotte insists). I would also hope that if Big is the one questioning their finances, he isn’t pulling a Jack Berger and being insecure about Carrie’s success.

But also … finances are what they’re arguing about? After things like affairs and being left at the altar and years worth of drama … finances?

While I do understand that Carrie + Big = drama in every inch of Sex and the City, I’m not sure if I want this revisit to Carrie Bradshaw’s life to center on more issues with Big—though, as many have already said, I’m not sure what to make of this revival in the first place. I guess I was hoping, with the women being in their 50s, we’d move past the Carrie and Big song and dance that we all watched back in the ’90s, then again with the two films. I’m not saying couples can’t have their issues, but I’m worried that this is going to take up most of the runtime when I’m much more interested in how Carrie has evolved as a character.

Has she become more open-minded as a sex columnist? Because in this day and age, she would be called out rather quickly if she had such limited views on the topic she covers. That whole bisexuality response she had would be trending for hours.

Speaking of her column, how is she navigating from doing a written column to a podcast?

More importantly, is she still relevant? Is she struggling to connect with listeners?

Sex and the City felt like a major stepping stone back in the day because it featured women openly talking about and having sex. I’m not saying it was the first show to do it, but I am saying that it would be interesting to have Carrie realize that more women are openly talking about sex, having sex, are fighting for sex work to be seen as a viable kind of work, are pointing out the lack of diversity in these spaces, and how much has gone on in the past couple of decades.

If we’re doing this revival, I’m more interested in things like that and not “Big is here, there’s drama, as always.” And who knows? Maybe all of that will be a part of it. I just couldn’t help the initial sigh, of course, I felt when I saw that Carrie and Big were doing the Carrie and Big. There’s also no Samantha around to tell Carrie about how this is the umpteenth time this has happened.

I’m not expecting all that much with the revival, but when I saw the word “divorce” for Carrie, I couldn’t help but wonder … do we have to go down this bumpy relationship road again?

And Just Like That…HBO MaxSex and the City (sequel series)