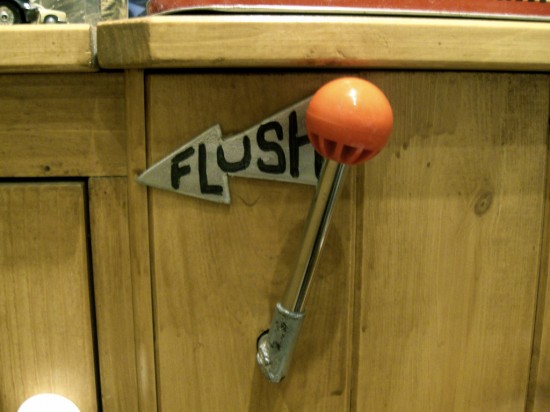 Researchers at the Shanghai Jiao Tong University have developed a fuel cell which turns wastewater into power, generating clean water as a byproduct. As someone who regularly contributes to the wastewater problem via his toilet, I can personally attest to the importance of this technology.

Led by Yanbiao Liu, the researchers sought a way to harvest the potential energy of sewage while also reducing the amount of potential pollutants. Their method uses visible light as a catalyst and a titanium dioxide nanotube-array as an electrode to harvest the energy. When running, the light breaks down the organic compounds in the water, releasing electrons which are collected by the nanotubes.

In addition to organic compounds (like, you know, poop), the team looked to see if their system could separate inorganic compounds such as perfumes and medication that often end up sewage water. Some of these chemicals, particularly medicines, could have an adverse effect on aquatic environments where treated wastewater often ends up. The team found that such chemicals could be entirely removed, meaning that the water leaves the system is clean and ready for use.

Unfortunately, there is no word on the cost for the energy-producing treatment technology. However, the team designed the system to use sunlight or visible light instead of UV light, opening the possibility that their technology could be retrofit to existing water treatment facilities with relative ease. If this technology fully matures, it could not only diversify power production, but also help keep the water on which all life on Earth relies clean and flowing.