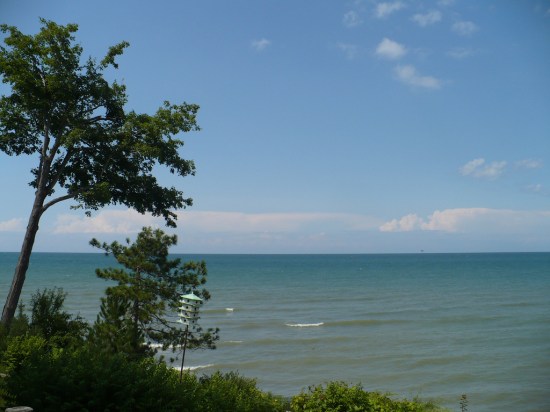 Pollution in Lake Erie is nothing new, but a surprising threat may be attacking this great lake: Prozac run off. Microbiologist Steve Mauro says that his team has found traces of fluoxetine, the active ingredient in Prozac, that while harmless to humans seems to be killing off bacterial colonies of E. Coli in the lake.

The concentrations Mauro found are around one nanogram per liter of lake water. At this dosage, even invertebrates are safe. However, other studies have shown that the chemicals in higher concentrations can have serious affects on aquatic life. So far, the research shows that it is only affecting bacteria like E. Coli, which may sound like a good thing, but it’s very difficult to predict the impact such changes can have on a complex lake ecosystem. Mauro posed the question to National Geographic: “But what about all the other bacteria that are supposed to be there and part of that ecosystem?”

More distressing than the presence of fluoxetine, which like other antidepressant ingredients has been found in water supplies the world over, is how it got there in the first place. Most of these chemicals are thought to come from pills dumped down the toilet, or from the urine of humans using the drugs. But Presque Isle State Park, where Mauro took the samples, is free from sewage. Mauro says that this opens a chilling possibility: That fluoxetine might be spread throughout the entire lake.