Seth Rogen Tweets to Donald Trump Jr. On Behalf of the Country—and We Thank Him Immensely 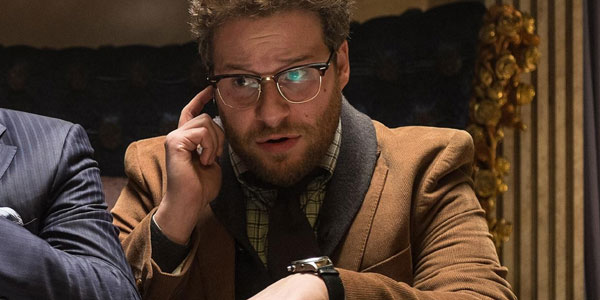 While it’s unlikely that Donald Trump Jr. would follow you or me on Twitter, it’s more likely that he, like all of us, follows some celebrity accounts. Apparently, one of those celebrities is Seth Rogen, and this is a very, very good thing.

Rogen tweeted the above yesterday afternoon, and it is priceless. Apparently, he either already followed or started following Donald Trump Jr. and decided to use the power of the Direct Message to try and convince Trump Jr. to maybe talk to his dad about some stuff that, you know, might not be the best for the country? You know? Just real casual-like, but like, still super-serious, because, you know, the country.

Here’s how it started:

Yo! @DonaldJTrumpJr! I noticed you follow me on Twitter. Please ask your dad to resign before he destroys the planet. Thanks dude.

Then, Rogen realized that if he followed Trump Jr. back, he could DM him, possibly hoping that if it were a more private convo, Trump Jr. would answer?

Let’s see if this works! pic.twitter.com/q5b3d8U4Nx

Nah. He knows Trump Jr. probably won’t answer if it’s left private. The Trumps thrive on publicity after all. So, best to make the correspondence public and try to force them to answer that way.

If @jasoninthehouse won’t investigate Flynn’s ties to Russia, maybe I can get his boss’ son to help me do it. pic.twitter.com/bmOfDDepC3

I haven’t seen any subsequent tweets featuring a response from Trump Jr., and it’s likely I won’t, but good on Rogen for taking the opportunity to go to a useful source to express directly what most of us are thinking. Junior Trump likely won’t have a heart-to-heart with his dad inspired by this particular Hollywood Liberal, but it’s important that the Trump family and his administration understand that we as a citizenry are not happy, and we will not sit idly by while our country burns.