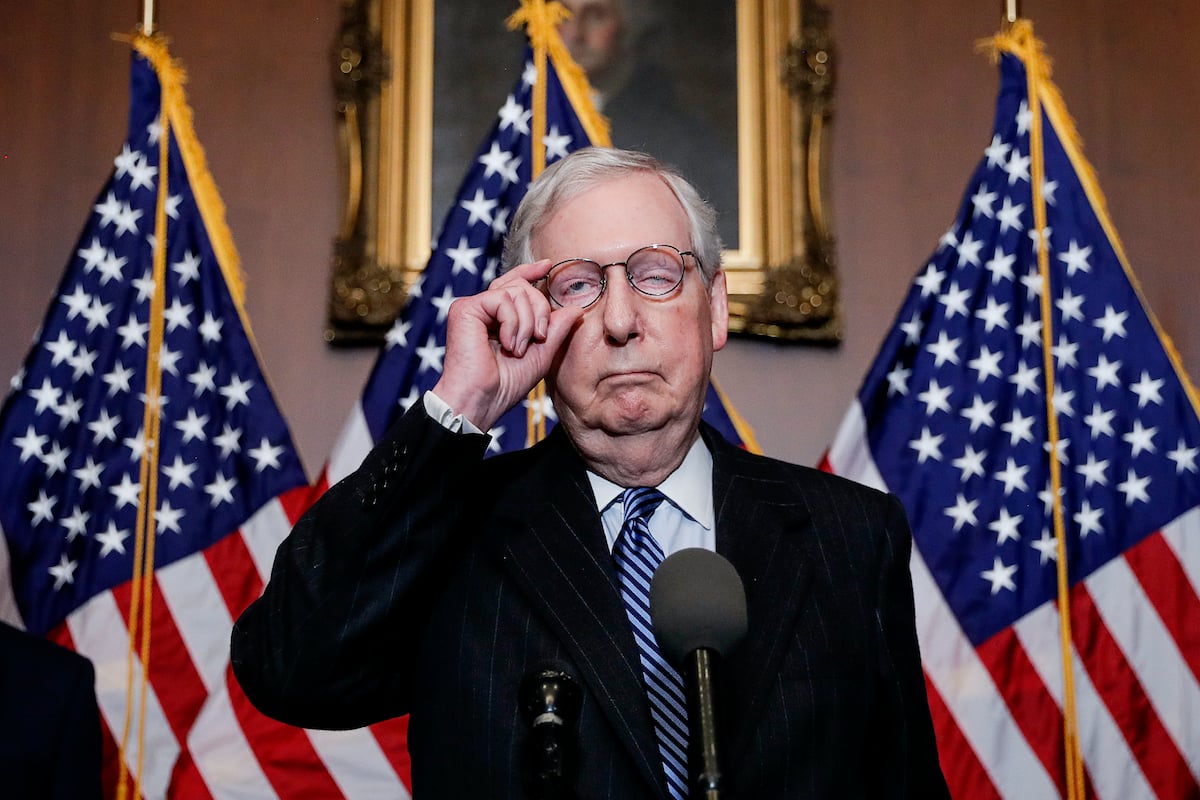 Yesterday was a very good day in Georgia. Final votes are still being counted but Reverend Raphael Warnock has been declared the projected winner in the runoff Senate election over his opponent Kelly Loeffler (who I guess can go back to owning a WNBA team that openly hates her full-time now).

The race between Jon Ossoff and David Perdue hasn’t been officially called yet but Ossoff has a substantial lead that is only growing as more mail-in ballot results come in. Because that’s what happens when Republicans spend months telling their constituents not to vote by mail.

If and when Ossoff wins his race, the two new lawmakers will give the Democrats a majority in the Senate. Technically, it will actually be a tie with 50 Republicans and 50 Democrats. (Okay, even more technically, it’s 48 Democrats and two Independents who caucus with the Dems.)

That means that in the case of a tie vote in the Senate, it will be Vice President Kamala Harris’ job to break that tie.

Kamala Harris looking at McConnell as she breaks every tie. pic.twitter.com/wItfj5Rh0l

Kamala on her first day presiding over the Senate pic.twitter.com/wbt5UTWKSG

Warnock’s win is historic. He is Georgia’s first-ever Black senator and there have only been ten (now 11) Black senators in the country’s history. The only other Black senator from the south to be elected since Reconstruction is sitting Republican for South Carolina Tim Scott.

We’re about to have a Black Christian pastor who is PRO-CHOICE in the Senate.

Republicans in the state worked hard to demonize Warnock throughout the race, trying to paint him as a scary radical socialist. That approach appears to have backfired spectacularly.

I told you the smear ads were coming, but Georgians will see Sen. @Kloeffler’s ads for what they are. pic.twitter.com/0sgU8ndC63

Thanks pretty much entirely to Stacey Abrams and the work of Black women organizers, the Democrats’ newly gained majority also means that Mitch McConnell—the man who has stood in the way of so many pieces of legislation that could have helped people in America for so long—has lost his position as Senate Majority Leader.

This level. I aspire to THIS level of petty. 😂✊🏾❤️ https://t.co/yyXETZyWH9

Current Senate Minority Leader Chuck Schumer already referred to himself in a statement issued Wednesday as the majority leader, calling this a “brand new day” in Washington.

“For too long, much-needed help has been stalled or diluted by a Republican-led Senate and President Trump. That will change with a Democratic Senate, Democratic House, and a Democratic President,” Schumer said.

Hillary Clinton is enjoying herself on Twitter this AM. pic.twitter.com/kL0Jz0OBaz

This also means that Democrats are going to be made chairs of all the Senate committees currently headed by Republicans.

BREAKING @LindseyGrahamSC is no longer Chairman of the Judiciary Committee.

All in all, the Senate is about to see is giant shake-up and Mitch McConnell is definitely very, very angry.