WNBA Players Are Actively Campaigning Against One Team’s Own Co-Owner: a Racist Republican Senator 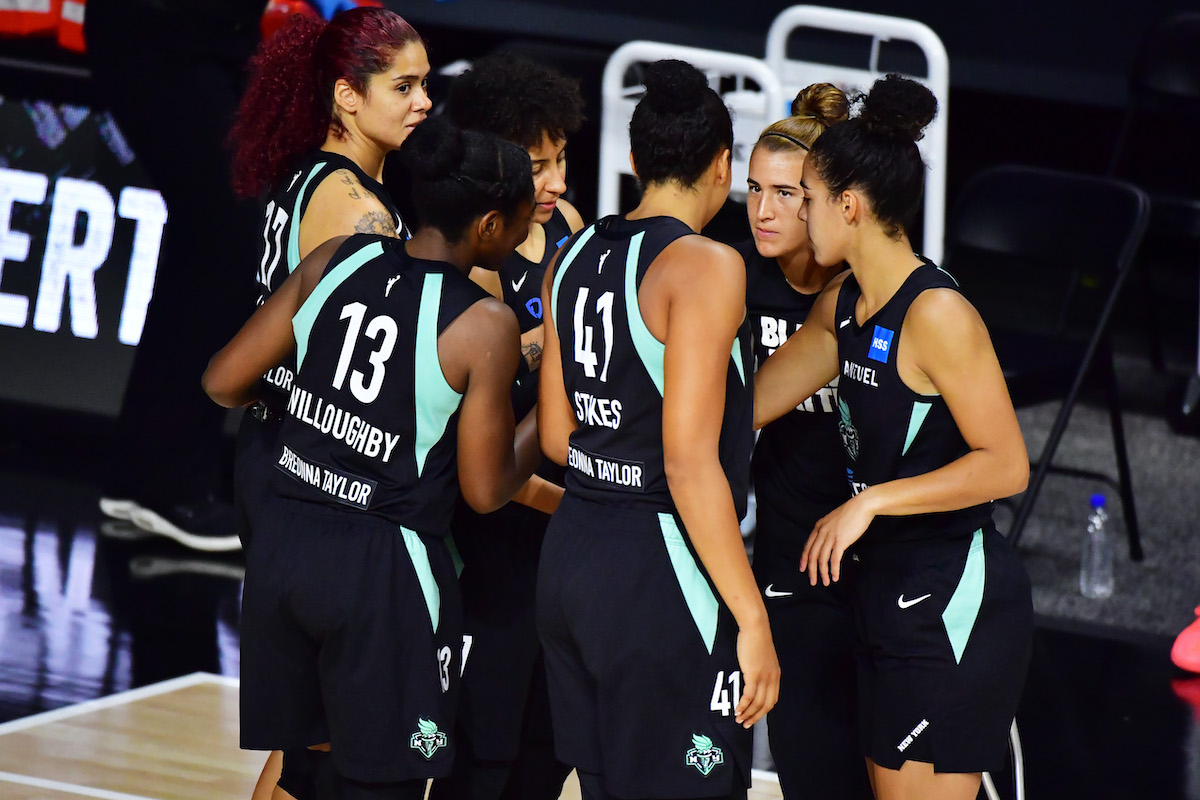 As U.S. sports begin to return, activism has been woven into the fabric of the industry. For most, this means teams choosing to kneel during the anthem. For the WNBA, it means trying to vote one racist Republican senator team owner out of office.

Georgia senator Kelly Loeffler is the co-owner of the Atlanta Dream. And despite investing in a league that is more than 80% BIPOC, Loeffler, in her own words, “adamantly oppose[s] the Black Lives Matter political movement,” both on and off the court.

Loeffler wrote a letter to the WNBA’s commissioner, objecting to the league’s plan to allow players to wear warmup jerseys reading “Black Lives Matter” and “Say Her Name.” (In 2017, players were fined for doing this.) Instead, Loeffler has her own “common sense recommendation.” Instead of BLM jerseys, “I believe we should put an American flag on every jersey. Include it in our licensed apparel for players, coaches, and fans,” she writes. Emphasis hers.

She writes that embracing the Black Lives Matter movement “sends a message of exclusion” and has called for sports to be a “uniting force for our country.” She seems completely unironically unaware of just how exclusionary it is to ban players from protesting the systemic racial injustices of the country whose flag she now wants to force them to wear.

Loeffler did an interview recently with white supremacist Jack Posobiec in which she complained about the Black Lives Matter movement. She promoted the interview by writing on Twitter that the “woke mob” is “trying to cancel” her. When the Atlanta news outlet AJC asked whether the senator knew Posobiec had ties to white supremacy, a rep responded by chastising them for asking. “Senator Loeffler refuses to be silenced by the left and their friends in the media. She won’t cave to the cancel culture’s ridiculous demands,” they replied.

Players on the Dream have been speaking out against Loeffler for weeks.

We said what we said. #SayHerName pic.twitter.com/xpuFiLmO9r

Now they’re taking a new approach by targeting Loeffler’s political career and actively campaigning for one of her opponents. The senator might be thinking twice about her opposition to BLM shirts after seeing what both the Dream and other teams in the league are now wearing: shirts reading “VOTE WARNOCK.”

The Chicago Sky are wearing Vote Warnock t-shirts as they play the Atlanta Dream. Warnock is ome of the Democrats running against Kelly Loeffler, the Republican Senator who is an owner of the Dream https://t.co/3QWLHq0w5K

You can’t tell us to stick to sports while a sitting senator owns one of our teams! 🙄 It’s one thing to sell a team, it’s another thing to flip a senate senate seat. @RevWarnock is the democratic candidate running for senate in Georgia. pic.twitter.com/PGEWuGZUlf

Loeffler was appointed to her Senate seat late last year when her predecessor stepped down for health reasons. She’s up for reelection in a special election this November in a 20-way race that will likely lead to a run-off between the top two candidates.

The idea to publicly endorse Warnock reportedly came from Seattle Storm guard Sue Bird. Bird also happens to be the girlfriend of Megan Rapinoe of the National Women’s Soccer League, which has also been a leader in terms of protest in sports.

The two most important things you can do this year: wear a mask, cast your ballot. Order your @fairfightaction VOTE mask here: https://t.co/QgYi1BMOeM @fairfightaction @staceyabrams pic.twitter.com/9pAyhkygwi

Activism, and specifically protests against racial injustice, are nothing new to the WNBA–they’ve been leading the way for years. So I’m not sure why Loeffler, who may be new to politics but likely not to these beliefs, thought it would be a good idea to invest in the majority-Black, politically active league.

“Kelly Loeffler is the anti-movement,” Clarendon wrote in a beautiful essay on The Undefeated. “She represents what happens when people choose the identity of whiteness over everything else.”

“She was OK with owning our team. She was OK with having players who spoke out, like I have, but she is not OK with us gaining this momentum and power.”

Now that the movement is gaining momentum and power, Clarendon writes, “How terrifying that must be for someone who does not want to give up the power they hold over marginalized people.”