Are These Male Senators Just Hoping We’ll All Forget About That Sexual Harassment Bill They’ve Been Ignoring? 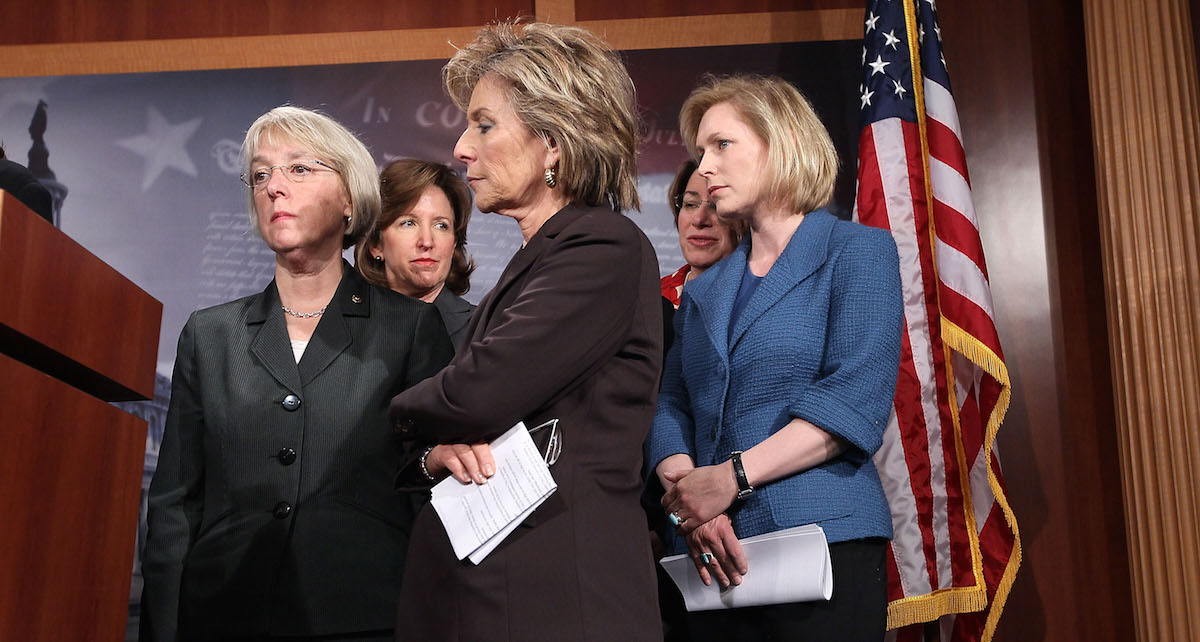 100 Days ago, the U.S. Congress passed a bill that would reform the ways in which sexual harassment and discrimination claims are handled on Capitol Hill. As it stands, that process is super gross and serves to benefit—you guessed it—not the people subjected to harassment or discrimination. The current Congressional Accountability Act was established in 1995, and requires accusers to attend counseling and mediation, as well as sit through a month-long “cooling off period” before they can even file an official complaint against a colleague. Like I said, gross.

After being passed in the House, the bill moved onto the Senate. And it’s sat there for 100 days, without mention, without a vote, without anything at all. Last month, all 22 female senators signed a letter addressed to Senate majority leader Mitch McConnell as well as Minority Leader Chuck Schumer, demanding to know what the hell is taking so long.

At the time, The Atlantic reported that Mitch McConnell’s office sent “a variation on a statement they’d released before,” which read, “As you are aware, Leader McConnell supports members being personally, financially liable for sexual misconduct in which they have engaged. There is a bipartisan group that is continuing to work on legislation. I don’t yet have a prediction on when that will be completed.” The Atlantic notes, “this does not address matters of discrimination, as opposed to ‘sexual misconduct.'”

Schumer responded, “We strongly agree that the Senate should quickly take up legislation to combat sexual harassment on Capitol Hill.” Which is great, but actions and actual votes would be way greater.

So here we are, 100 days later, and Senator Kirsten Gillibrand would like to know WTF is going on.

The House passed reform 100 days ago. It is long past time for the Senate to act. There is no reasonable excuse for our inaction. https://t.co/Gi0zQQiWOJ

I’m calling on my colleagues to reform how Washington handles sexual assault and harassment. Right now, taxpayers are on the hook for the cost of politicians’ settlement payments, and the current process to report harassment discourages anyone from speaking up. Enough is enough. pic.twitter.com/jmLlhKSs0J

100 days is too long for this bill to go unaddressed. I don’t have an answer for you as to what’s taking so long. Maybe your senator does. Maybe you’d like to contact them and let us know what they say in the comments section below.