Can you tell a fruit to no longer have seeds? Yes. Yes you can. 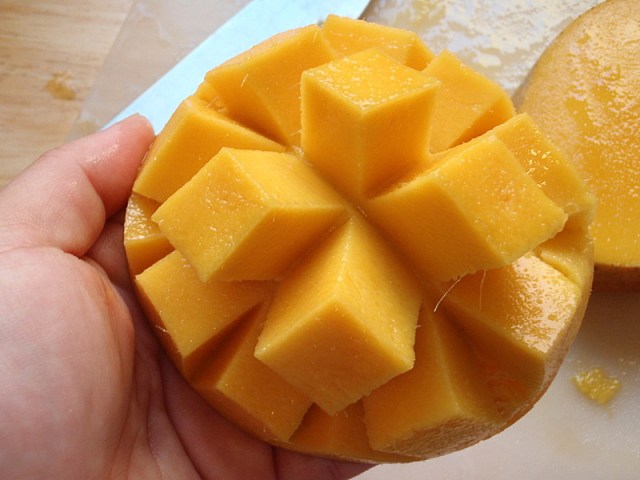 Mangos are delicious, but that big dumb seed in the middle makes eating one a challenge. There’s got to be a better way! Thankfully Indian fruit scientists have bred a mango that does away with the seed leaving nothing but delicious, delicious fruit. Who wants smoothies?

Oh course, seedless mangos don’t just happen. It took a team of scientists to engineer the right plant by cross-breeding different varieties of mangos. The winning combination of varieties come from a cross of Ratna and Alphonso hybrid varieties. The team that succeeded was led by Bihar Agriculture University horticulture department chair V.B. Patel. Patel says that besides the lack of seed the pulp in the new variety is less fibrous than other kinds of mango.

The University says it could have plants supplied to mango growers as early next year and believe the fruit has good export potential, so they may start appearing in your local produce section some time in the near future.

(via India Today, image via Joy)