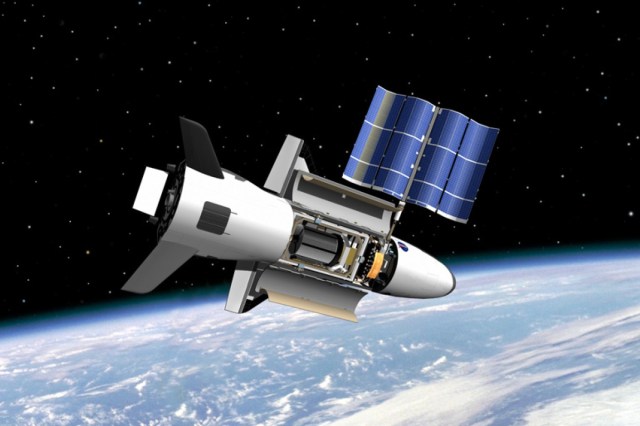 Since the US Space Shuttle program is now defunct, NASA has had to find a new use for all those shuttle hangars (other than filling them with the tears of space-lovers from across the country). Boeing’s stepped in, and will be converting a hangar at Florida’s Kennedy Space Center to support all those secret Air Force space planes.

Oh, you didn’t know about the secret space planes?

A little background: Built by Boeing’s Phantom Works (not at all ominous) for the U.S. Air Force, these space planes look like little mini space shuttles, and are actually called X-37B Orbital Test Vehicles. The X-37B, by the way, has just passed a year in orbit, and literally no one knows why. Mission? Objective? Payload? Who knows!

What we do know is that, now, these X-37Bs will have a home at the Kennedy Space Center, where they can land, refurbish, and re-launch. This is the second shuttle hangar that’s been re-purposed since the shuttle program’s untimely demise, the first of which was also handed over to Boeing in 2011 to support the development of a new capsule to send astronauts to and from the International Space Station.

“This project has been a great example of state and local agencies working together to create an optimal toolbox of capabilities for the customer,” said Frank DiBello, president of Space Florida. (President of Space? Can I have this guy’s job?).

Even though the X-37Bs are currently orbiting the planet for undoubtedly nefarious purposes, the dream is that they would eventually be used for flying people and things up to the ISS. But, you know, that’s way less fun than being a secret military space plane, so we’ll have to wait and see.