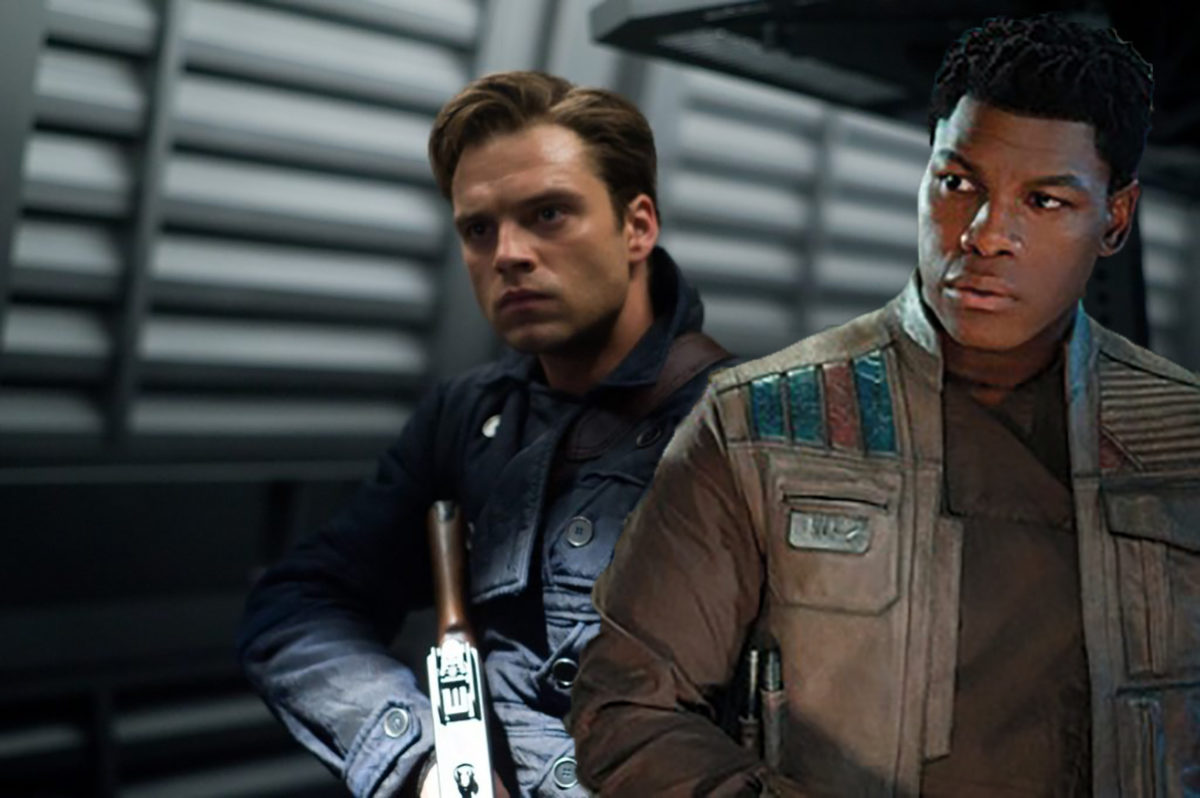 I did not expect to wake up today and have John Boyega and Sebastian Stan yelling about the rights of their characters, and yet, here we are. In the world of actors defending the characters they play, there are no bigger allies than John Boyega or Sebastian Stan.

Boyega has been very vocal over the treatment of Finn in the Star Wars franchise on Twitter, and now, it seems, Sebastian Stan is joining him in the crusade for fictional character respect—or at least decent writing. Sebastian Stan, as it seems, is just secretly looking at Twitter as he shared this screengrab to his Instagram story.

And thus, the cries of fans began (in the best possible way, like crying out of joy).

Sebastian Stan posting that ig story, knowing we would all freak out: pic.twitter.com/qjMCL9hqgp

Throwing shade at
Their writers pic.twitter.com/m4YqRADEck

SEBASTIAN STAN POSTING DRAMA ABOUT ENDGAME ON IG AND JOHN BOYEGA TWEETING ABOUT IT? THE MATRIX GLITCHED????!! pic.twitter.com/aW5ScHefd0

But the cry that really got me was John Boyega, further promoting the thinly veiled jabs he’s taken at his own franchise’s writing on Twitter.

While a fun thing for us all to tweet about, it does bring up an extremely good point: Not all performers are happy with the arcs of their characters. They may not be able to be as blunt or open about it as they’d like, but when they hear the criticism pour in, they don’t necessarily disagree just because they have to toe the company line. When things like John Boyega and Sebastian Stan responding to fans about their characters happen, we’re reminded that they’re creatives and proud of their characters but they are also not in complete control over them.

What this entire thing does for me is give me a reason to want a John Boyega/Sebastian Stan team-up movie. I don’t even care what the overall movie could be. (A heist movie would be preferable, but I’m flexible.) Just the two of them against the unrelenting backlash, standing up for their own beliefs and work. I’d watch it.

It’s nice to know that both Boyega and Stan care about their characters and those fans who love them, and I like that, now, they’re part of this club of celebrities. So yes, it’s super fun watching John Boyega tweet a gif of Palpatine cackling, but the meaning behind it all—this dedication to the characters they’re bringing to life—is what is so exciting about it.