The spooky Netflix series is already shooting their second season. 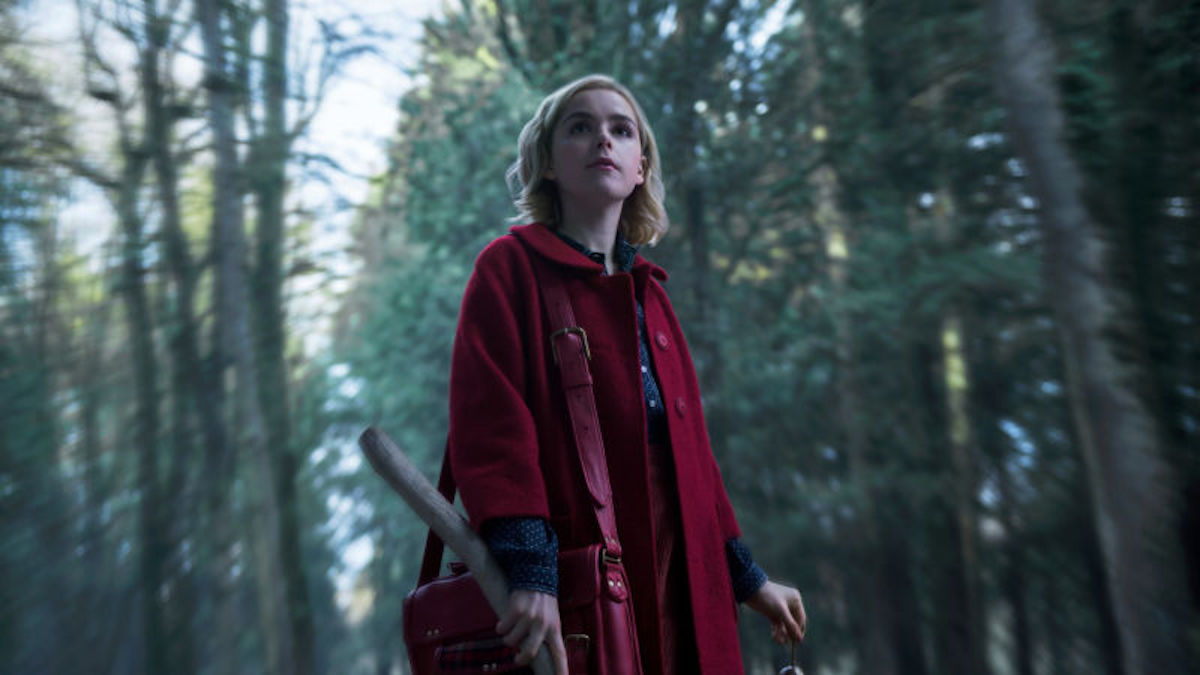 Good news, CAOS fans! While we’ve been bingeing the teen horror series, the team behind Chilling Adventures of Sabrina is already filming their second season. Netflix picked up the series for two seasons when it was first ordered, and they are being filmed back to back with the first season. The second season will pick up right where the first left off, and Kiernan Shipka (who plays Sabrina) promises a very different season than the first. Shipka said of the upcoming season:

“We went straight into the second season from the first and it’s been really so exceptionally fun to film, especially given the fact that I feel like we’re already in such a rhythm from coming out of the first season that to jump right into the second one was really, really fun and just a great opportunity to keep the momentum going. We definitely… Sabrina definitely changes and shifts a lot. Her growth is very evident and the second season definitely has a different spin on it than the first season. They’re very different from each other.”

The first season follows Sabrina, who is half-witch half-mortal, as she struggles with choosing between her dual identities. On the eve of her dark baptism, she will be forced to choose between the world of her mortal friends and boyfriend Harvey or the supernatural world promised by the Church of Night. Shipka said, “I would just say that, without giving too much away, because it would be a bit of a spoiler, the way that Sabrina’s life takes certain turns and certain decisions she makes inform the second season. The finale of the first season sets up a lot. It goes in a different direction. We see more different characters. It deals with a different side of things.”

While the ending of season one sets up the possibility of a darker journey (no spoilers!), showrunner Roberto Aguirre-Sacasa wants to keep the series old school scary without alienating the younger audience. In an interview with Variety, Aguirre-Sacasa said “As the season goes on the horror gets deeper and deeper, but I’ve never been into exploitative horror or torture horror, so it’s always been more psychological and classical. The movies that we reference all of the time are “Rosemary’s Baby” and “The Exorcist,” which are very scary and do have gore but are not slasher or things like that.”

What are you hoping to see in season two of CAOS?