Season 3 of Jessica Jones Wrestles With Heroism, Family, and Expectations

Everyone wants to be a hero on Jessica Jones. 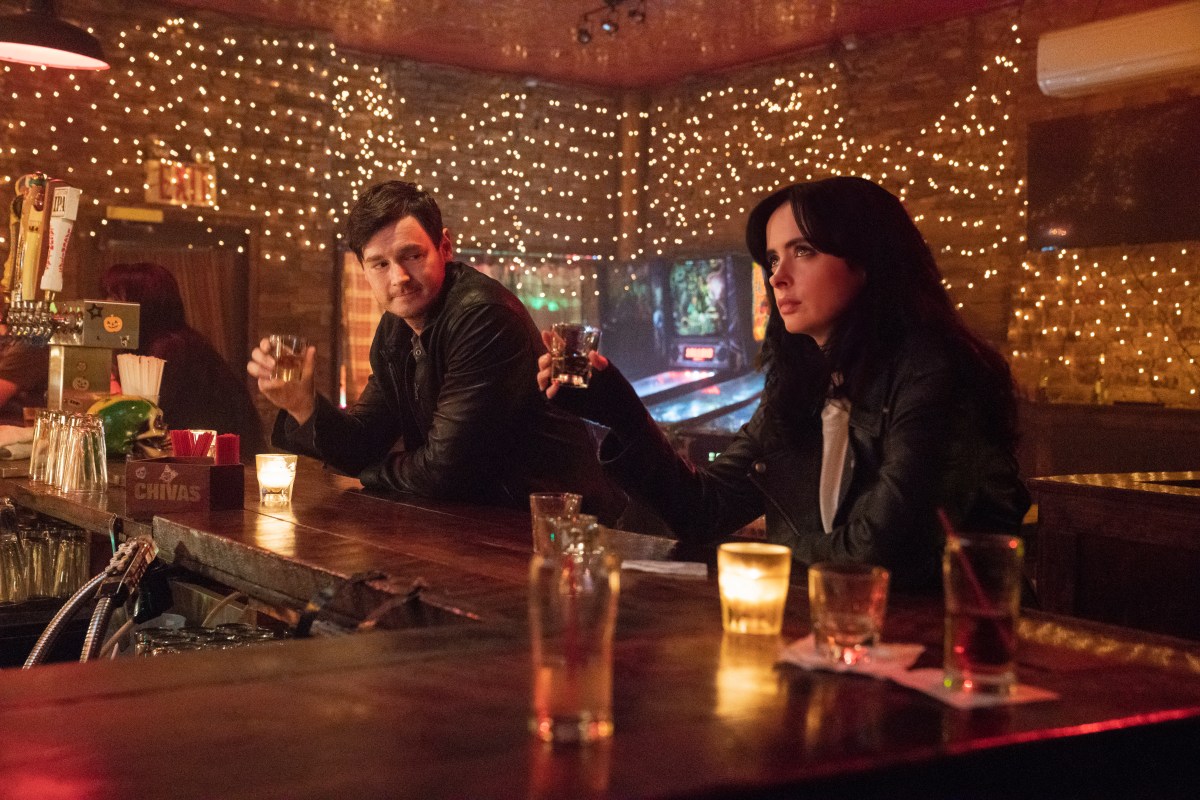 Every superhero film or television series always focuses on the toll that heroism takes on its protagonists. Being super is great, but it tends to wreak havoc on your personal relationships, your career, and whatever plans you may have for the future. But few series have focused on these less glamorous aspects than Jessica Jones.

The series takes pains to showcase the grunt work and mundanity of Jessica’s day to day life as a private investigator. The pay is low (and often pro bono), the clients are ungrateful, and the world still treats her with a combination of fear and disdain. In this environment, it’s no wonder that Jessica has always shied away from being a hero. But after overcoming her trauma in season one and reconciling with her mother in season two, Jessica finally seems ready to fully take on the mantle of hero.

Jessica Jones has often explored this theme of who we are vs. who we want to be. This season sees that same dichotomy extended to Trish, who must contend with the newfound powers she gained during her self-destructive spiral in season 2. Trish, who long envied Jessica’s powers and encouraged her to embrace her heroism, finds out that being a hero isn’t all it’s cracked up to be.

Trish’s journey is the focus of the excellent second episode, “A.K.A You’re Welcome” (directed by Krysten Ritter), where she struggles to hone her powers and figure out how to fight crime as a recognizable celebrity (the answer: a hoodie and a scarf). And while Trish has grown accustomed to her role as Jessica’s moral compass, she finds herself lost when it comes to crime-fighting. After years of needling Jessica to step up, Trish is now experiencing firsthand the thankless work of being a hero. And she must go through it alone, after alienating Jessica by murdering her mother.

The estrangement can’t last long, and soon the two sisters are brought together by a common enemy. More importantly, they’re bought together because they fundamentally need each other. One of the strongest aspects of season 3 is Jessica’s attempts at growth, at depending on the makeshift family around her.

For someone who seeks solace and isolation, this season finds Jessica relying on the people in her orbit: Trish, Malcolm, Jeri Hogarth, and her new hilariously blunt assistant Gillian (Aneesh Sheth), a much welcome addition to the dysfunctional family (and the first trans character to join the MCU).

Malcolm, who is now working as Jeri Hogarth’s investigator/fixer, must reconcile the unsavory aspects of his work with his future goals to start his own P.I. firm. But it’s hard to maintain a moral compass while doing Jeri’s dirty work, which include paying off the victims of a pro athlete’s drunk driving accident and digging up dirt on Jeri’s enemies.

Jeri herself is still contending with her mortality after her ALS diagnosis in season 2, and rekindles a relationship with her college flame Kith (Sarita Choudhury), which can only end disastrously, as all of Jeri’s relationships do.

For all the criticism of Jessica’s methods, drinking, and attitude, she does what all heroes do. She unwittingly inspires those around her to be better, and to rise to the occasion. And underneath all the sarcasm and bitterness, she is truly a heroine. Not because she wants to be, but because it’s her essential nature. After years of fighting it, season 3 finally sees Jessica embrace her goodness, and the world is better for it.