At least they ended it with a smiley face. 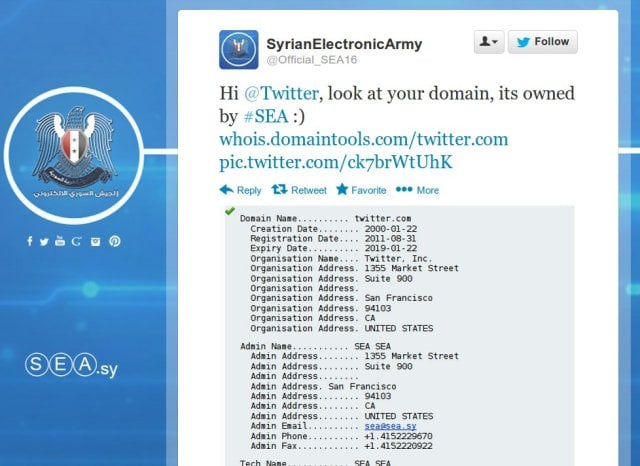 The Syrian Electronic Army announced in a tweet (appropriately) that they own Twitter.com, and included picture of what appears to be a report from Domaintools.com that lists SEA as the owners of the site. Though when we ran a Domaintools.com report, we got a different result.

Here’s the report as it appeared when we ran it just now: 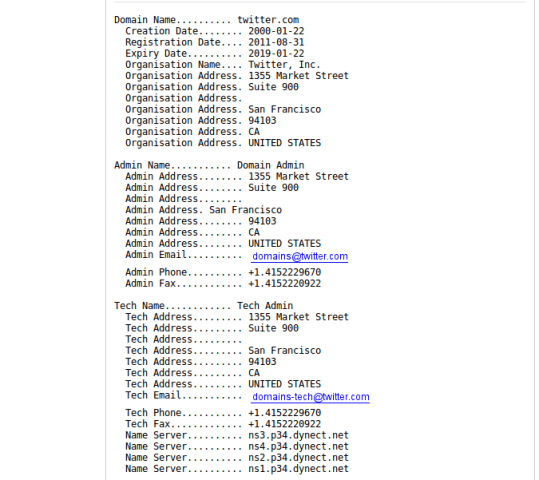 In both cases the same phone number is listed, so we called it and got the pre-recorded “Thank you for calling Twitter” message with menu options, but not real humans.

Either Twitter has already fixed the situation and the domain is back in their hands, or the picture from the SEA is a photoshop job meant to scare the Internet. It’s not that the SEA is incapable of such a hack. Mediaite reports that they’re the ones responsible for a recent takedown of the New York Times website.