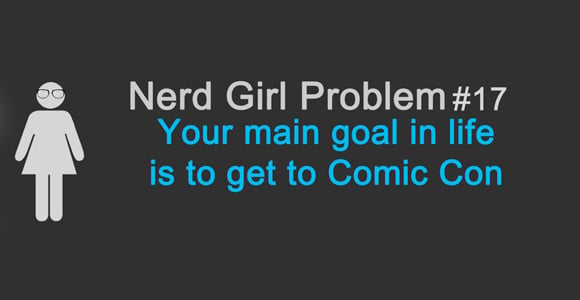 They came, they saw, they…went home in tears. I’m talking of course of all those who tried to get San Diego Comic-Con (Comic-Con International) tickets yesterday. New policies were implemented this year to make the process go smoother and well, it’s no surprise it didn’t. Tickets for the pop-culture convention sold out in under an hour (a new record) and lots of people were left with nothing thanks to technical difficulties.

Comic-Con 2012 badges went on sale at 8:00 a.m. PST on Saturday and were sold out after about a half hour according to reports. All 4-day passes and all single-day passes are now gone. Last year, they sold out in seven hours.

The new policy this year was that anyone who wanted to go to SDCC, whether you were a fan, press, or professional, had to register for a member ID. This was in part to make things more efficient when the time came to actually purchase tickets but also to cut down on ticket scalping or swapping. After signing up, you received an email with a link. And not just a link. It came along with a warning.

Although you are required to have a Member ID to purchase a badge, sharing the above link on a social networking site may decrease your chances of obtaining a badge. Although only those with a Member ID will be allowed to purchase a badge, the EPIC waiting room is open to the general public and if the link above is leaked online, we anticipate that several thousand people who did not sign-up for a Member ID will attempt to access the registration system erroneously. Additionally, should you choose to share the date or link online, it is likely to be picked up by numerous media outlets who will share this information with a larger audience.

But when the time came, the link didn’t work for everyone. Though apparently it worked just fine if you copy/pasted it into your browser instead of just clicking it, but SDCC says it had to do with volume. They released this statement via their Facebook:

Comic-Con 2012 badges are sold out. Although our site and EPIC’s registration site was able to handle the load of customers wishing to purchase a badge, the conduit between the link in the email and the registration site was overwhelmed and service was intermittent for a short period of time. However, the link was not incorrect and was not dead, and once the volume of hits decreased it worked as planned. There will be a chance to purchase refunded and returned badges at a later date. Thank you!

That didn’t satisfy many of those who walked away empty handed. Many replied to the statement on Facebook or took to Twitter to complain how SDCC screwed them over again. Last year, they make three separate attempts to sell tickets after their system crashed more than once.

By this point, it’s hard to tell if anything SDCC does will make the process fair and smooth for everyone. Something always goes wrong and someone is always left out. So what do you do if you tried and failed to get a ticket for this years show? Chances are slim from here on out but, as the mentioned in their statement, SDCC does release badges that have been returned for whatever reason as time goes on. There’s always a chance they held a few back for later release as well. Besides that? Search the net for contests I suppose. Or just wait to storm the castle next year.

(via The Beat, image via Nerd Girl Problems)