SDCC Will Have an Exclusive Card Set for Magic: The Gathering—Dragon’s Endgame

“This special collection will have limited-availability at SDCC and features Nicol Bolas and the four God-Eternals from War of the Spark presented in premium, cinematic packaging. There will be beautiful exclusive artwork by Adam Paquette that complements special frame treatments.”

Magic and Wizards of the Coast have been releasing some really cool products in addition to its card sets, and this is no different. The characters showcased are the Zombie God forms of the gods from the Amonkhet set: Rhonas, Bontu, Kefnet, and Oketra, but also include the evil Elder-Dragon Nicol Bolas. The art is beautiful in its simplicity and will be a real treat for fans looking for some exclusive high-quality Magic collectibles at the con. 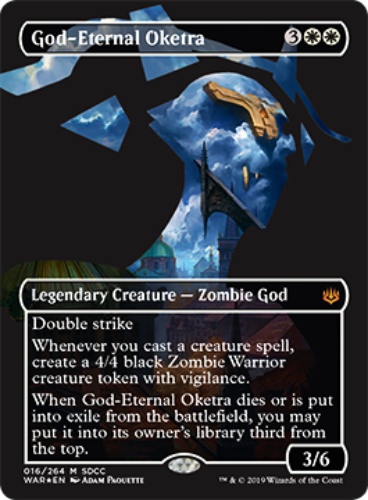 Legendary Creature — Zombie God
Double strike
Whenever you cast a creature spell, create a 4/4 black Zombie Warrior creature token with vigilance.
When God-Eternal Oketra dies or is put into exile from the battlefield, you may put it into its owner’s library third from the top.
3/6 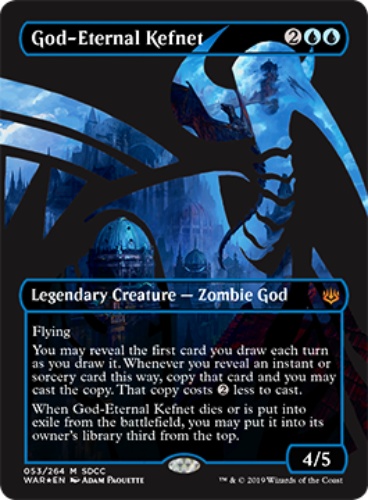 Legendary Creature — Zombie God
Flying
You may reveal the first card you draw each turn as you draw it. Whenever you reveal an instant or sorcery card this way, copy that card and you may cast the copy. That copy costs {2} less to cast.
When God-Eternal Kefnet dies or is put into exile from the battlefield, you may put it into its owner’s library third from the top.
4/5 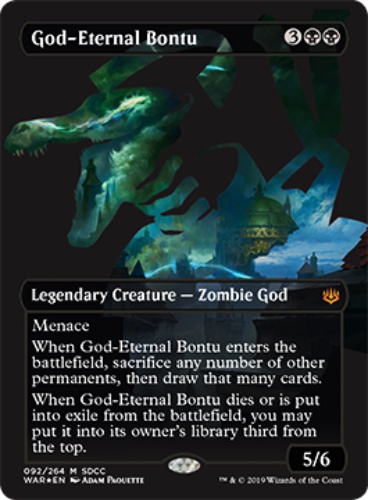 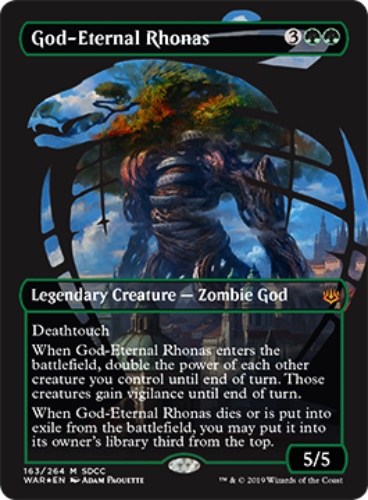 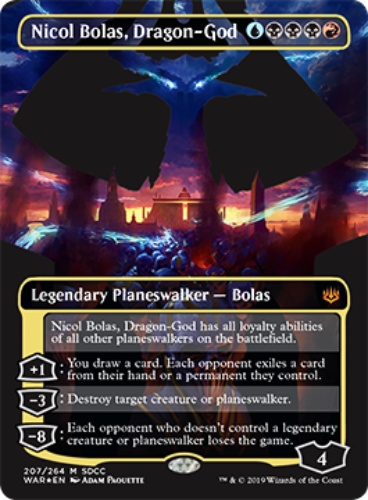 It will be available while supplies last at $99.00, including tax, at San Diego Comic-Con (July 18 to July 21). The new next set from Magic the Core Set 2020, will be released July 12 and pre-releases will take place July 5–7. Happy playing.