San Diego [email protected] is off and running, bringing all the nerdy news announcements you can handle. At the Amazon Prime panel, fans got a first look at on of the streaming platform’s most anticipated upcoming series: the adaptation of Robert Jordan’s epic fantasy series The Wheel of Time. Showrunner Rafe Judkins (Agents of S.H.I.E.L.D.) debuted the teaser poster for the series, which features star Rosamund Pike (Gone Girl, I Care a Lot). 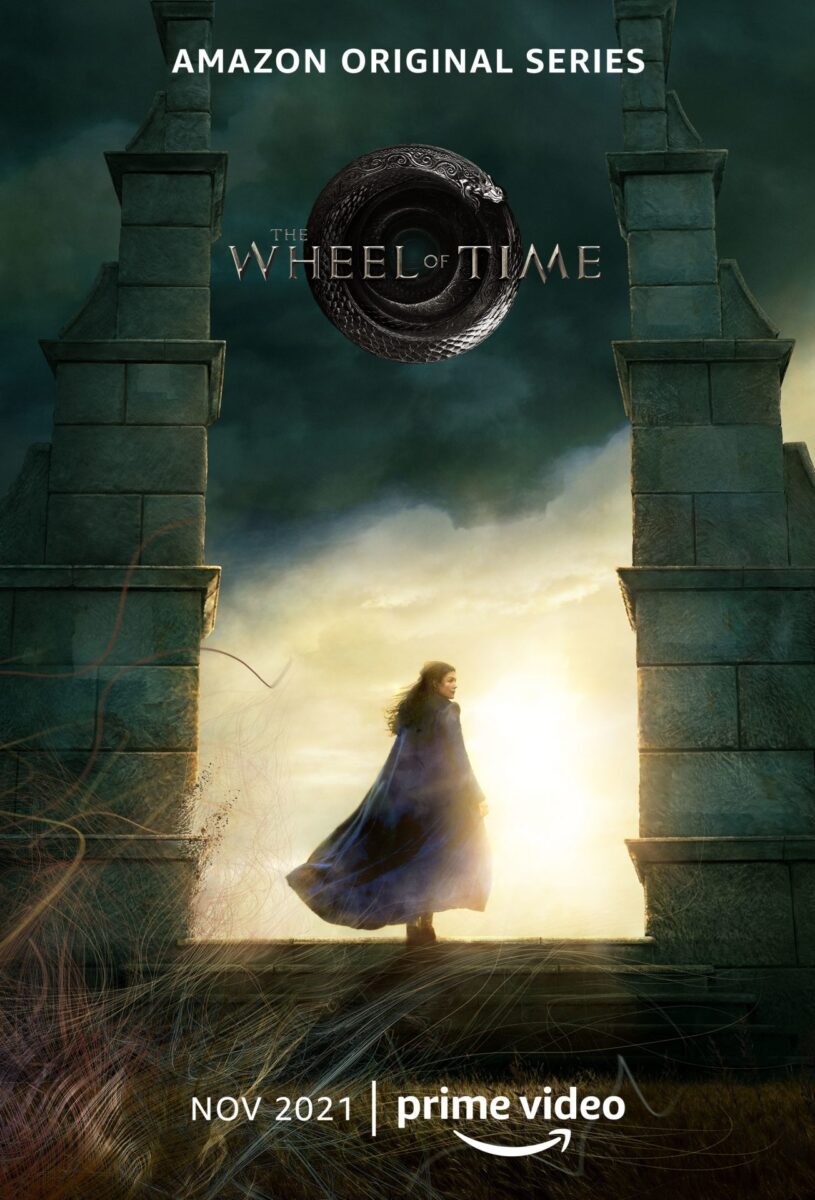 Pike plays Moiraine Damodred, an Aes Sedai of the Blue Ajah. Moiraine travels to Emond’s Field in search of the Dragon Reborn, the champion of the Light against the Dark One. Moiraine is a legendary channeler of the One Power, and a powerful and intelligent leader. The logline for the series reads: “Set in a sprawling, epic world where magic exists and only certain women are allowed to access it, the story follows Moiraine (Rosamund Pike), a member of the incredibly powerful all-female organization called the Aes Sedai, as she arrives in the small town of Two Rivers. There, she embarks on a dangerous, world-spanning journey with five young men and women, one of whom is prophesied to be the Dragon Reborn, who will either save or destroy humanity.”

Judkins discussed working with Pike, saying “The first time I got on the phone with Rosamund, I could just tell from the way that she spoke about the character of Moiraine that when she read that first script, that it just hit her that she understood this woman, … And when I talked to her, I knew that she was the only option for this character, because she understood Moiraine kind of in her bones, in a really fundamental way. That’s the foundation of this whole show, and this whole show working, is that you believe the characters that are there. And Rosamund is the best foundation that this show could ever hope for.”

The Wheel of Time is Amazon’s latest entry to fill the pop culture chasm left by fantasy juggernaut Game of Thrones. In addition to their own highly anticipated Lord of the Rings series, Amazon will also be competing with Westeros itself, as HBO Max readies its own spinoffs and prequels of the massive franchise.

Robert Jordan’s high fantasy series is an international bestseller which spans 14 volumes, a prequel novel, and two companion books. His first book, The Eye of the World, was published in 1990 to critical and commercial success. Sadly, Robert Jordan died in 2007 while writing his twelfth and final volume in the series. During his long illness, Jordan made extensive notes so another author could complete the book according to his wishes. Fellow fantasy author Brandon Sanderson took on the series, extending it to three final volumes.

The Wheel of Time premieres in November on Amazon Prime.